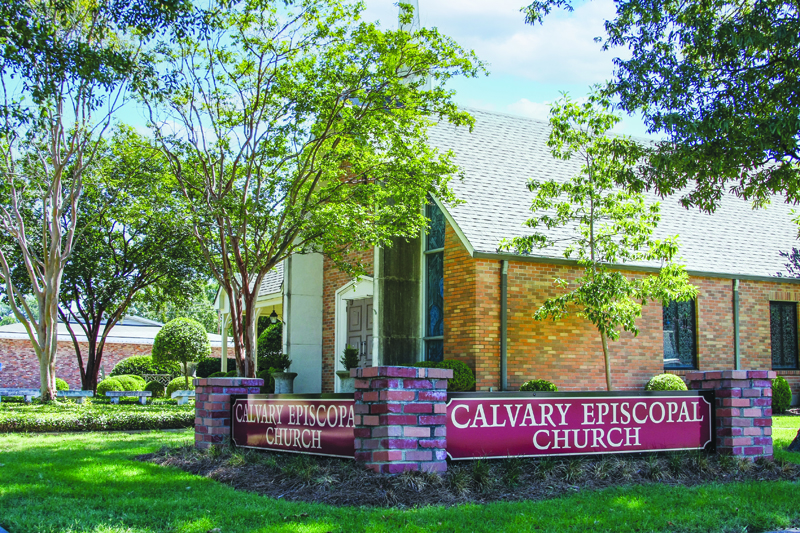 Calvary Episcopal Church in Cleveland is getting ready to celebrate a milestone: 100 years of worship and service. Rev. Les Hegwood is the church Rector and said that in July 1921 the Episcopal Church was begun as a mission church.

Calvary still has close ties with Grace Episcopal, as Rev. Hegwood also serves as the vicar of Grace in Rosedale, and Lay Readers from Calvary shares in leading worship there.

According to church history, Calvary outgrew its original stucco sanctuary which was relocated on the lot. Construction of the new brick building took place in 1956, and the first service in the church was Christmas Eve of that year with the Rev. Duncan M. Gray Jr. as the celebrant. The dedication of the church was held in 1957.

“Through all this time Calvary remained a mission church due to financial considerations,” said Rev. Hegwood. “In 1977, however, at the 150th Annual Council, Calvary Episcopal Church became a parish. Its first rector was the Rev. James Pulliam.”

Rev. Hegwood said the church continued to grow. A rectory had been built.  As time went on additions and revisions were made to it.

“More space was needed so, when the duplex that fronted onto Victoria became available, it was purchased. This is now the office and Sunday School building. Inside the church, changes were made with the addition of stained glass windows in the narthex and memorial windows in the sanctuary. The sacristy and vesting room were rebuilt, and a covered walkway connecting the Rayner House and the church was added and named for Bishop Duncan Gray Jr.  On the exterior, extensive work has been done on the landscaping, and a columbarium was constructed in 2010. And today Calvary is known as an open and gracious community marked by holy hospitality and the mirroring of God’s love in Cleveland, the Delta, and beyond.”

The Centennial Celebration will be held October 17. It will begin in the sanctuary with Holy Eucharist and Confirmation at 3:00 p.m. with The Rt. Rev. Brian Seage, Bishop of the Episcopal Diocese of Mississippi presiding. After the service the unveiling of a historical marker will be held with remarks by current parishioners regarding the history of the parish. A reception will follow in the parish hall.

Hilda Povall, a member of the church since 1973, said the church has been very active in community service over the years, with the buildings of Calvary being used by the community on a regular basis. Some of the groups that have gathered there include the Boy Scouts, Mother’s Day Out, 60+ feeding program, Headstart Program, and Alcoholics Anonymous.  Calvary has also been home to the Sunny Seniors Alzheimer’s Respite Program since its inauguration.

“The church has also contributed to St. Margaret’s Orphanage in Japan for many years, has donated school supplies to different schools each year, and has provided Thanksgiving boxes of groceries for as long as I can remember.,” Povall added. “And, from our church history it is interesting to note that Cleveland has had two vicars who went on to become bishops of the diocese. The Rt. Rev. Duncan M. Gray served from 1925-26 and the Rt. Rev. Duncan M. Gray Jr., 1953-57.  And, the third Bishop Gray once admitted from the pulpit that he and a friend pulled up the stakes for the new church when he was a boy living in Cleveland, so the Gray family has had a huge influence on our church.”

Calvary Episcopal Church is located on the corner of South Victoria Avenue and Court Street. Sunday service is at 10:30 a.m, Sundays, and Rev. Hegwood said all are welcome.