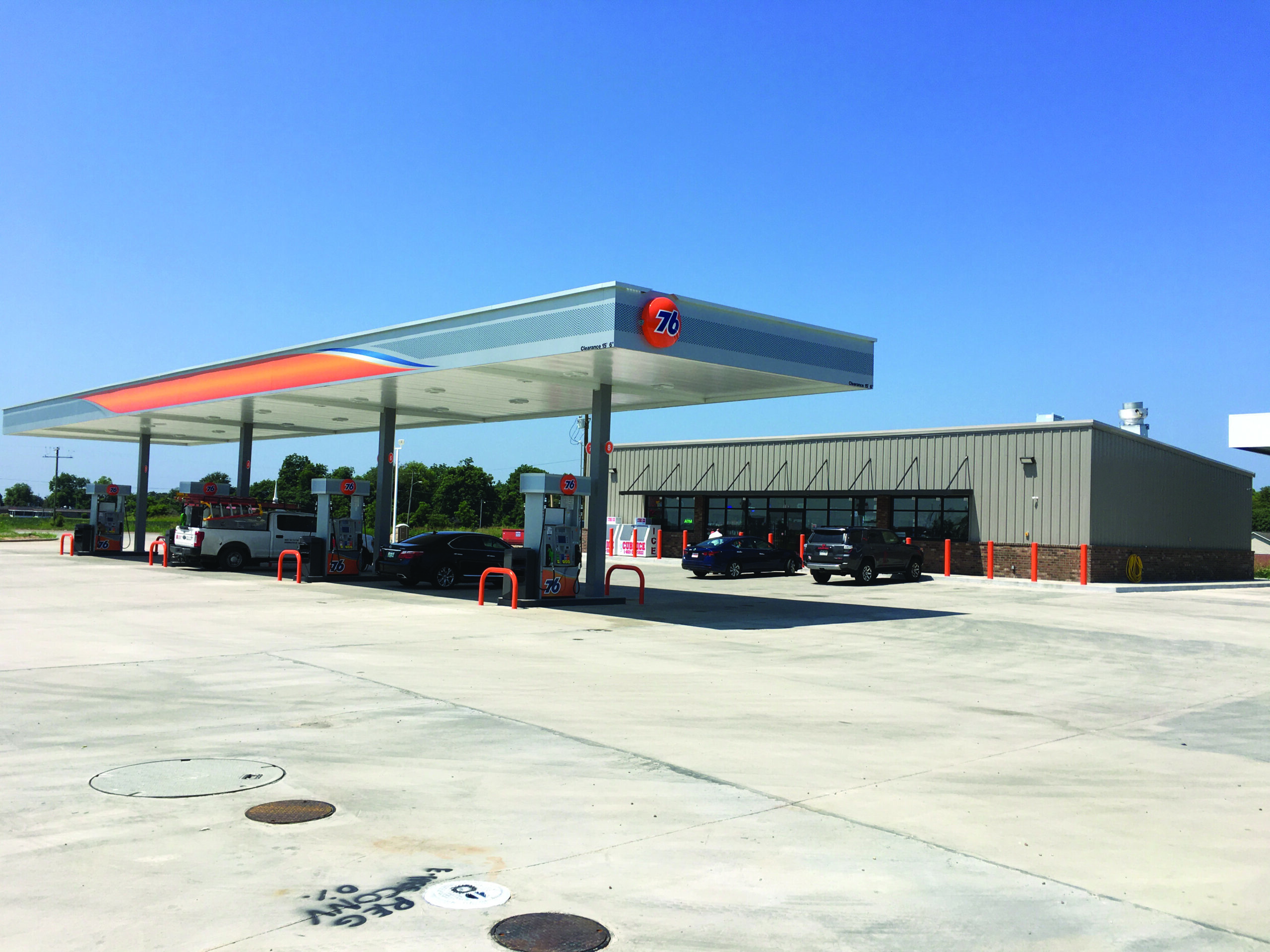 After two years of construction, the 76 gas station on Hwy. 61 in Shelby finally opened two weeks ago. Owned and operated by a Tunica-based business group, the new facility will now be the only gas station between Tunica and Cleveland on the heavily-trafficked highway–and thus a boon to the town.

“I couldn’t be more excited,” said Shelby Mayor, Dan Harris. “It means a lot to our overall economic plan to grow Shelby out to the highway. So, 76 falls right into our plan, especially with Dollar General already out there. Plus, we have a Dollar Tree/Family Dollar store preparing to open in the same area, probably around the first of August.”

The 76 station has a deli inside it, and plate lunches may be offered at some point.

“The response to the station from the local community has been outstanding,” said Harris. “Last Saturday, a special giveaway was held whereby the first 300 customers got $20 worth of free gas which, in these times, is a great deal! There was a line from the station itself back to where School Street and Martin Luther King Drive intersect. It was quite a site but a great promotion for the community.”

“We’re going to be talking to the ownership to set up when they can come before the City Board to discuss that possibility,” he said. “If that does happen–and I don’t see where it wouldn’t–we’ll have the only gas station between Tunica and Cleveland on the heavily-trafficked highway open all night–and that would be a boon to the town and to travelers, as well.”

Harris also noted the extra benefit of a gas price “war” among stations in town since 76 arrived.

“You’re seeing prices compete,” he said. “And, that certainly helps our citizens. There’s that, and then also the fact that we’ll be adding water and sewer connections to the area around 76 to accommodate the businesses we expect to open up around it.”

Has he been inside the new 76 station yet?

“Oh, yes,” he laughed. “It’s very nice. Again, I couldn’t be happier for Shelby. This is a great step forward for our city’s continued progress.”