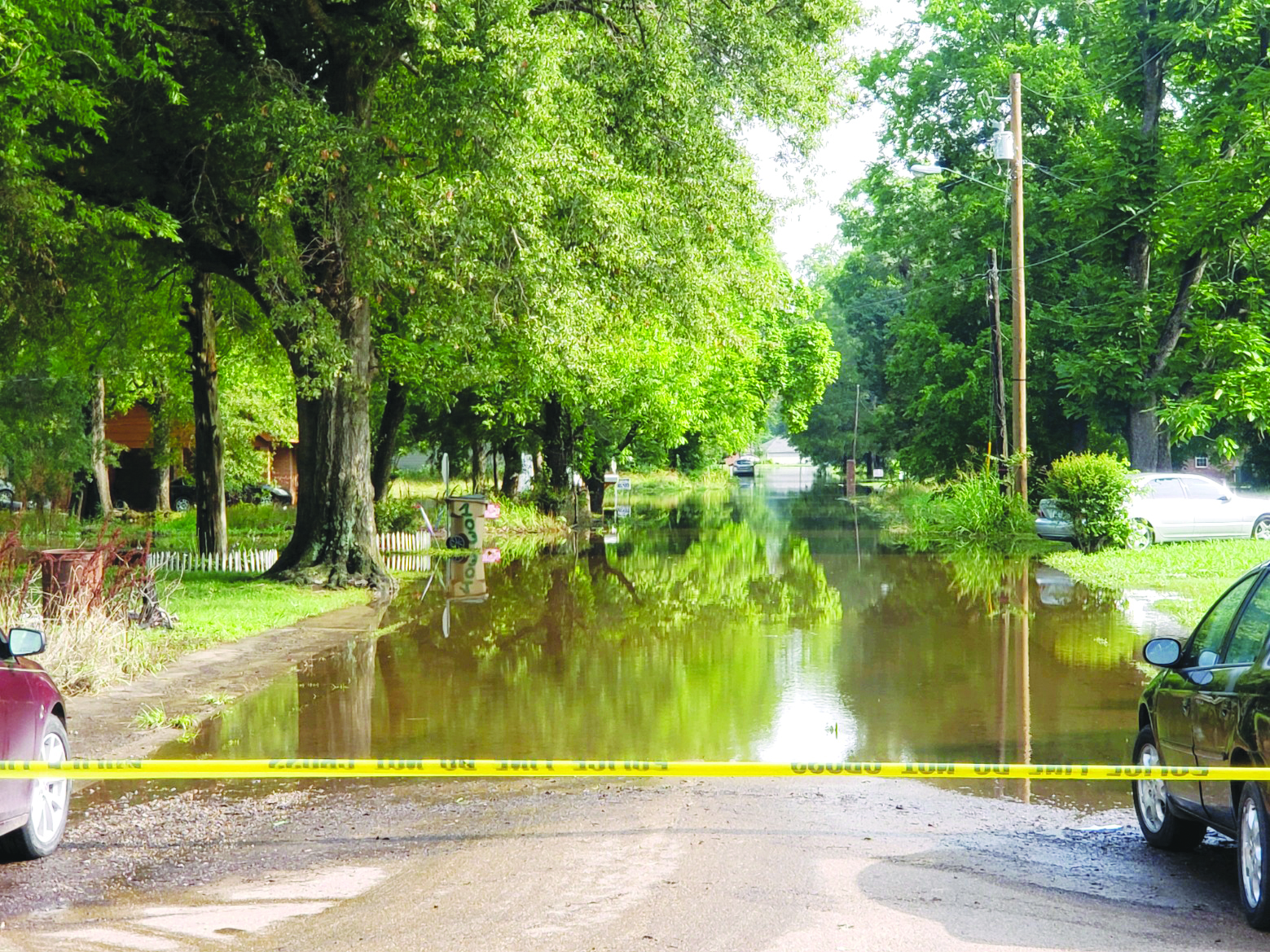 The rain began on Tuesday, June 8 in Mound Bayou and other Bolivar County towns–and it didn’t seem to ever let up in intensity or duration. No one was prepared for what happened–but many responded in ways that went above and beyond demonstrating the power of community, faith and working together.

When the deluge stopped, 20 to 25 inches of standing water could be measured in many parts of the historic town of Mound Bayou. Phil Schank, who played a major role in getting immediate help to his fellow neighbors in town, recalled that, between 7:00 a.m. and 11:30 a.m. that terrible Tuesday morning, emptying his rain gauge three and a half times.

“And my gauge holds seven inches,” he said. “Never in my life had I seen anything like this. I was literally shoveling water in my front yard with rain and snow shovels.”

Schank is the President of C2K Ministries in Mound Bayou.

“C2K (Cross 2 Kingdome) Ministries, Inc., a 501-c3 non-profit that I started here in Mound Bayou, where I live with my family, and its mission is a dedication to eradicate inter-generational poverty through programs we develop, primarily to assist our children” said Schank. “When the flood hit, our first goal was to obtain and give out food, cleaning supplies, water–we did all that we could do at the beginning of the event to help our community and our neighbors, 1500 meals were also cooked at my house and distributed out of the local Bethel A.M.E. Church to feed people, which was mainly accomplished through the hard work of our new mayor, Leighton Aldridge, who happens to be my neighbor and close friend. As mayor, we basically gave him all of the supplies we purchased for him to, in turn, give to those that we knew he knew needed them most.”

Schank also worked with Pam Chatman, a well-known Delta community activist, who is always stepping up and providing help and assistance in various forms wherever it’s needed. Pam got a semi-trailer stocked with food and supplies to Cleveland and we showed up in our little van and stocked it full, driving it all back to the St. Gabriel Mercy Center Church in Mound Bayou to distribute.”

The national Christian organization Samaritan’s Purse also came to Mound Bayou doing what they could to try and tear out the many damaged homes in town in order to be repaired.

“Locally, we also raised additional money through a flood relief fund and a friend, David Huffman, and I have–so far–gone into 22 houses here and put up sheetrock, baseboards, drywall and done other basic repair work,” said Schank. “It was a blessing for me to work with David, also a Mound Bayou resident, and interact with all of the families here that desperately needed their homes cleaned and repaired.”

Schank added that furniture and appliances were delivered to people who needed them.

Schank says people came together in a true collaborative, selfless fashion to help each other during the flood crisis.

“There’s so many people I can name,” he said. “As I mentioned, there was Mayor  Leighton Aldridge stepping up to the plate during, literally, his first week on the job. There was Pastor Darryl Johnson with the Walk Of Faith Church reaching out and assisting, Rev. Horace McKay pastor at the Bethel A.M.E. Church and Pastor Earl Hall of First Baptist Church. I’ve never seen anything like it before, actually. And, David Robinson of Robinson Electric in Cleveland came through for us as a true Godsend,” Schank added. “He was able to get forklifts to us that were needed to unload supplies from Pam’s semi-truck–David personally handled this request in record time. I can’t thank him enough.

“We were also blessed to have First Presbyterian Church in Cleveland come to our house in Mound Bayou and cook about 300 hamburgers that were distributed immediately,” added Schank.

“We’re also helping folks in Rosedale,” he said. “I’m a Wisconsin native and several of our friends came down to help through Samaritan’s Purse, as well, which we were grateful for. But, yes, work is still being done–that’s how catastrophic the flooding was.

“If people had not come together as they did, I can’t even imagine how bad it would still be–homelessness, hunger, dangerous situations,”  said Schank. “But this community pulled together as one, as good Christians and selfless neighbors. As bad as this flood event was, it brought out the best in so many in the community.”