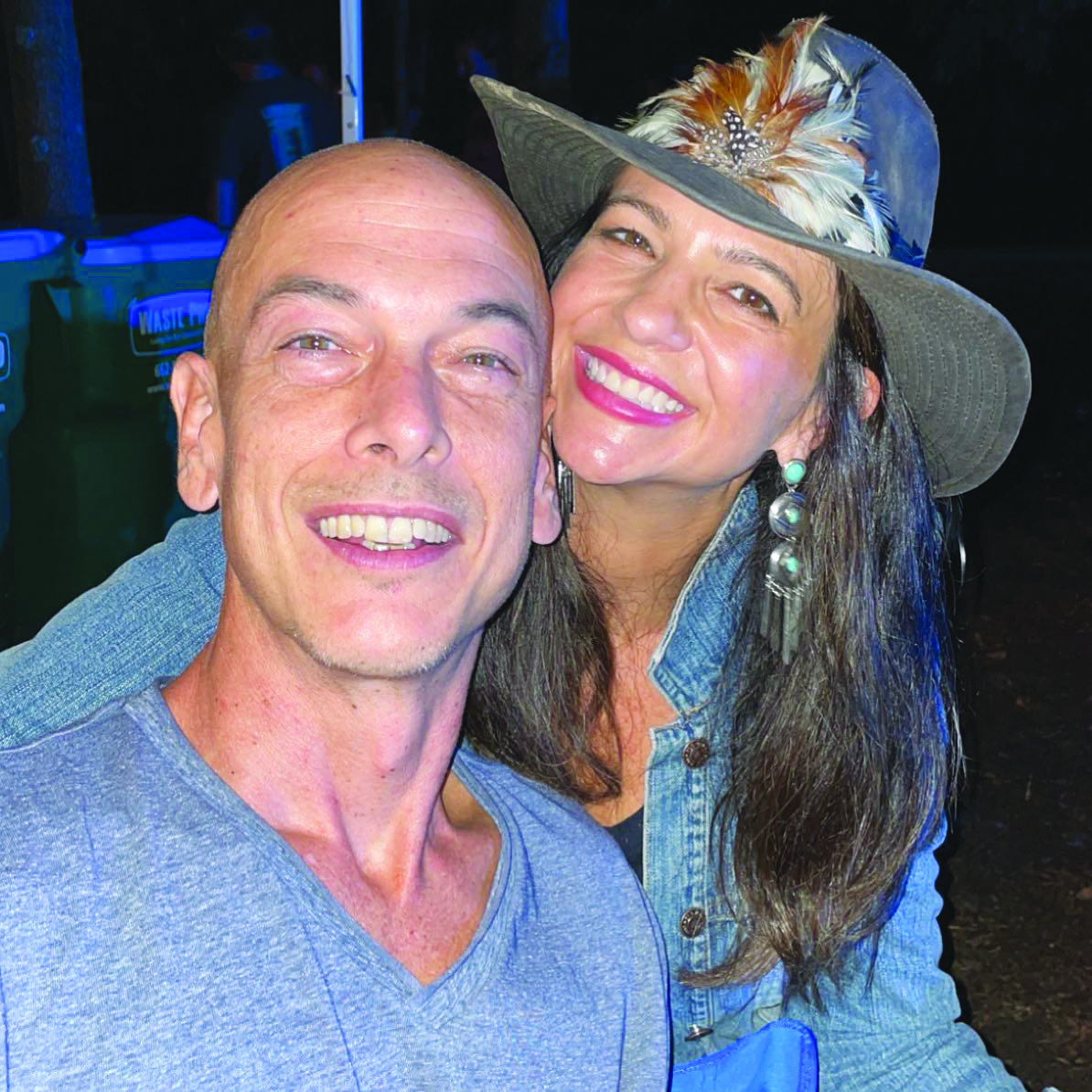 A chance phone call to get professional advice about ceramics has led to a unique pottery collaboration between Ky Johnston and his fiancé, Katie Virden Byrd.

Byrd, a Delta State University triple graduate in art and education, has taught art in the Cleveland School District for 20 years. However, she has continued working on her own art projects, and she is excited to add this pottery partnership.

Johnston, who received his undergraduate from Mississippi College and MFA from The University of Mississippi, is an associate professor of art at Delta State.

“My family is from Mississippi, but I grew up in both Mississippi and Brazil, where my parents were missionaries,” said Johnston. “My background in art is primarily in ceramics and some painting.”

Which is where Byrd comes in.

“I consider myself more of a painter than anything else, with a focus on oil painting,” she said. “I have recently been trying to add ceramics to my resume. This started in August 2020 when I returned to school after the summer to find out that I would be teaching ceramics for the first time ever. The only ceramic background that I had was one ceramics class I took from Ky when I got my master’s degree 15 years ago. So, I reached out to the only person I knew with any knowledge and experience – and that was Ky Johnston. And the rest is, well…”

That discussion led to more discussions and the two will soon get married. With art in common, it was a natural progression for them to combine forces, though Katie was not an early fan of pottery as it didn’t come as fluidly and as simply as her painting. It has grown on her and she now says, “I love it now – including the challenge of it all.”

“It’s nice to hand off a pot and see what she does with it,” he said.

They have not started a brand per se, but Johnston has been making and selling his own pottery for years. “It just seemed natural to make some things together,” he added.

“This is not something that we have attempted to tackle as of yet,” Byrd said of creating a brand. “We have been dreaming and playing with some ideas of creative endeavors that we both may take. He makes the pieces and then I paint them (with glaze). It has been really fun and yet very intimidating for me. I look at this perfectly executed form that he has made and then try to think of what I can do to add to it – and do it justice.

“Painting with glaze is not like painting with any other paint medium. Colors don’t blend the same – and you never really know what kind of chemical and heat reaction is going to take place when being fired. There is a lot left to chance,” she explained. “All of our joint pieces have luckily turned out great so far – except for one which I tried last week. I painted a sailfish on a large bowl – I was so excited about it – unfortunately, several mistakes occurred when it was fired and it was ruined. It’s very frustrating and even heartbreaking when something like that happens – but on a positive note, there is always something that can be learned from these mistakes.”

Johnston tries, however, to pick larger pieces and ones with forms that are suited to being painted.

The couple, it seems, is having a good time with their newly formed collaboration.

“He does his part first, so when he hands me a form that is very well done, it’s left up to me. I’m my worst critic though and always have been. Ky is way more chill and even sweet about the whole thing. He’s just like, ‘oh don’t worry about it…., and then says something to make me feel better like, ‘I have ruined a whole kiln load before.’ But, has he?” she said jokingly. “On the other spectrum, I love making art or doing anything creative with him. There’s something special about signing my initials next to his stamp on a piece.

“It kind of gives me one of those warm, fuzzy feelings. Ky has great taste so it’s always fun to collaborate, talk about art, look at art, listen to music, cook, garden… I think all of these things have a certain level of creativity to them – and we enjoy doing all of these things together. I guess you could say our minds think a lot alike – but yet different enough to keep things interesting,” said Byrd.

While they have not yet attempted to sell any of their pottery, the two have spoken with downtown merchants about displaying their pottery, and they are also discussing the possibility of doing a booth at the next Crosstie. For now, they are discovering each other’s art and trying to play on both of their strengths.

Johnston does have some of his pottery on display at Cleveland Fresh and at the Attic Gallery in Vicksburg.

As for Byrd, she will have a small show at The Cotton House in Cleveland that opens this Saturday, Nov. 6, and will run through Dec. 31.