Ace in the Circle 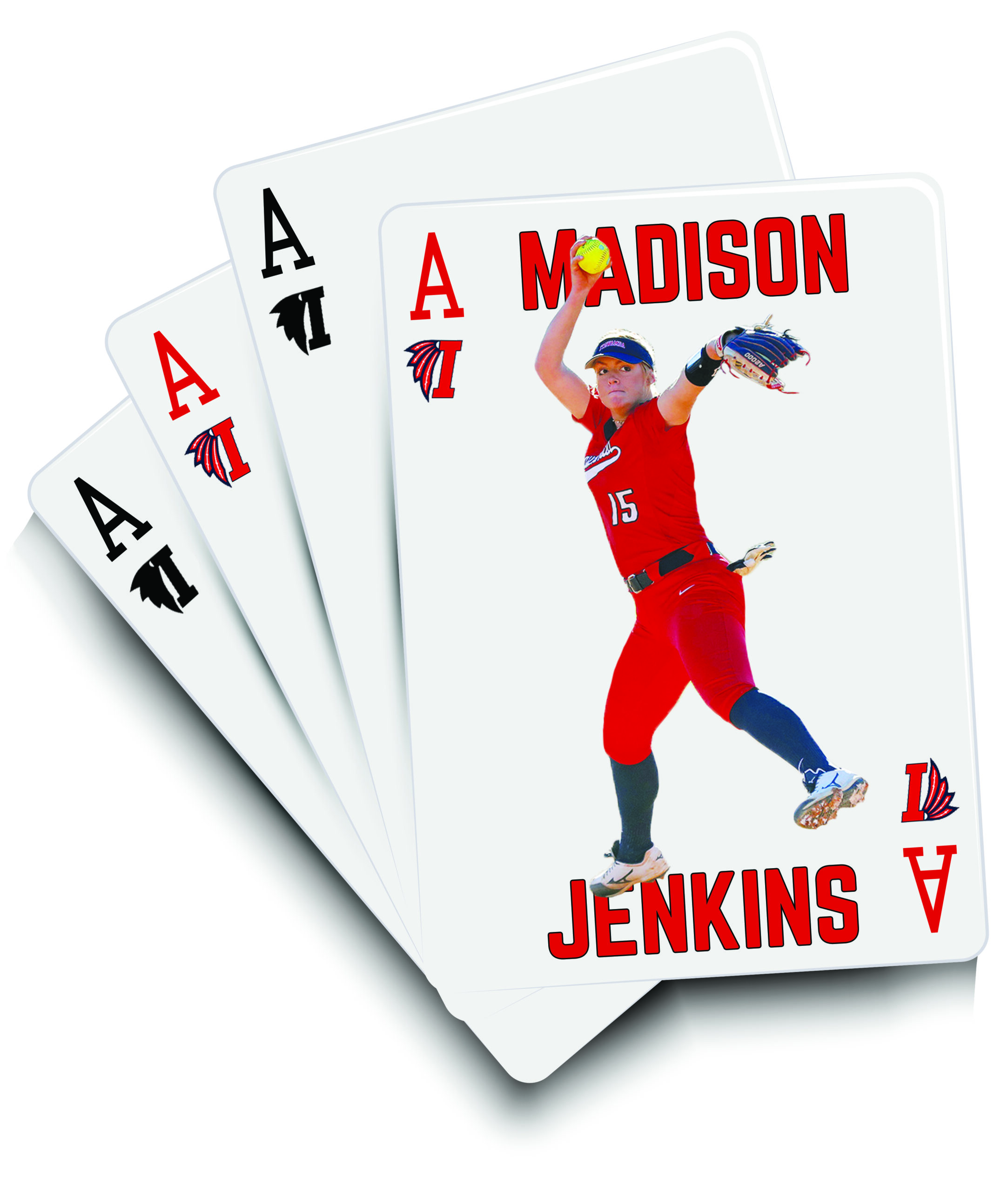 Freshman year is an important one for any athlete on the collegiate level.

The competitor has to get adjusted to the way things are done in college.

Madison Jenkins was an elite player when she was playing softball at Bayou Academy. She learned real quick when she started her freshman year at Itawamba Community College that college was a different world.

“When I got to ICC in the fall, it was honestly the hardest thing that I’ve ever been through,” said Jenkins. “There were people that were better than me, and I was not a starter in the fall. I don’t like to sit the bench, so I went home during Christmas, and I worked my tail off.”

When the spring began, the hard work and determination that Jenkins displayed paid huge dividends. She went an impressive 15-1 in the circle with a 1.93 ERA, which was 12th in the National Junior College Athletic Association Division II rankings. In 24 appearances, she struck out 80 batters and gave up just 89 hits with 24 walks in 105.1 innings of work. Her production enabled her to make first team  All-Mississippi Association of Community  College Conference and first team NJCAA All-Region 23. Her performance was key in the Lady Indians going 36-9 with a trip to the NJCAA Region 23 Tournament.The Lady Indians finished the season ranked fifth in the nation.

“Madison was very valuable to our team and pitching staff,” said ICC Head Softball Coach Andy Kirk. “She developed a lot from the start of the season when she was starting game two of our double headers. By mid season, she took over the game one starting position, which is very difficult in our league. We play in the toughest conference in the nation. She beat several ranked teams this year and led our staff with 15 wins on the season. The team finished the season ranked No. 5 in the country.”

Kirk was impressed with Jenkins’ overall mindset in her improvement process.

“Madison always has a great attitude and is a great teammate,” said Kirk. “She worked hard during the fall season and found out during the off-season how to push herself even more. She came back in January in great shape for the season.”

The two biggest things that helped Jenkins in the circle were her work in the weightroom and her ability to move the ball and mix her pitches.

“The program that they put us on was absolutely ridiculous,” said Jenkins. “It put muscle on me, and I grew in my legs and got stronger. I picked up about five miles an hour. I probably threw 63  tops, but I was consistent at around 61 or 62. My spin picked up so much. My curveball and drop ball were my get ahead pitches, and I had a rise ball and change up that were my strikeout pitches. That was what I worked with this year. I rarely ever threw a fastball. If you don’t spin the ball in college, you’re going to get hit. It doesn’t matter how hard you throw. You have to be able to spin the ball to miss the barrel of the bat.”

At the plate, Jenkins’ bat was strong enough for her to hit when she pitched and play designated player when she didn’t pitch. Jenkins handled herself well as she hit .267 with four home runs and 20 RBIs in 44 games.

Kirk felt her offense during the season was critical in the team’s success.

“In the middle of the season, Madison was able to solidify our DP spot in the lineup,” said Kirk. “She added four home runs during the season with each one coming in crucial conference games.”

One of the biggest factors that helped make Jenkins’ transition from high school to college successful was the fact that long time friend Emma Short was also a member of the Itawamba squad. The two have been playing together since they were 9-years-old when they were members of the Delta Rockers travel team. In their high school career, Jenkins and Short helped guide Bayou to a 3A North State Softball Championship and a 3A State Runner-Up finish in 2017 and a 4A State Runner-Up finish in 2019. The local standouts were also key members of the 2019 Bayou girls track and field team that won the 3A State Championship. This season was their last year playing together as Short will be hanging up her cleats and going to school at the University of Alabama next year as she is currently majoring in Pre-Physical Therapy.

“She’s like my mom,” said Jenkins about Emma.”Surely everybody knows that by now. She keeps me in line and going to ICC with her was so fun. I love her to death and love her family to death. They’ve done a lot for me, and I thank the world for them.  I could never repay for what she and her family have done for me. I’m going to miss her like crazy in the fall. She’s going to be successful with whatever she does in her life. I’m very proud of her, and I’m so thankful I have her in my life.”

During this first year in college, one person that has been a good source of knowledge and wisdom for Jenkins is her mother, Leslie McKiernon Jenkins. Leslie played basketball at Delta State University and was instrumental in the Lady Statesmen winning the NCAA Division II National Championship in 1992.

“My mom is my role model,” said Jenkins. “I look up to her so much, and she has no idea how much I look up to her. I knew her career at Delta State was successful, and my goal was to be successful in college. We’ve been through a lot together. She told me the fall is not going to be fun. I didn’t believe her. I didn’t think it would be that bad. She said if you make it through the fall, you can make it. You just have to make it through your freshman fall semester. She was right. I was 100-percent wrong. She told me to keep pushing and keep going. She had great advice for me. I love her to death. I wouldn’t be here today without her, my dad and my family.”

Jenkins’ ultimate goal is to win a national championship. She loved the potential of the team heading into next year.

“I want to be in that national tournament next year,” said Jenkins. “We have a good bit of our team coming back, especially pitching. We have three of our top pitchers coming back and plus we’re adding some very good pitchers coming in. I’m excited to see what we can do. The team is going to be rocky at first in the fall. We’ll have a lot of incoming freshmen. We just have to work with them and help them grow up and get better. Coach Kirk is the type of coach that’s going to work you hard, and it’s going to pay off. I realize now why we did what we did in the fall. I have 100-percent confidence in the team we have coming back and the new girls coming in. I think we can have a top five team, make it out of regionals and make it into that national tournament.”