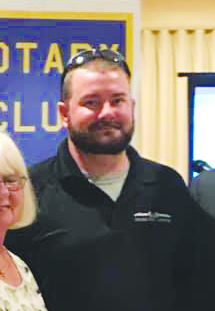 Traffic has increased in recent months

The Cleveland Municipal Airport continues to be a hub for activity and landing spot for corporate and private traffic. Cleveland Airport Director Clint Johnson said traffic has picked up over the last several months, including this summer regardless of rising fuel costs.

“It is estimated that we received 40,000 – 50,000 operations per year here at the Cleveland Municipal Airport,” said Johnson. “We have not really noticed the rising cost of fuel slowing down operations here. Aviation fuel does fluctuate and does have impacts on some operations, but for the corporate traffic and flight training that we have seen lately, I would say it hasn’t had a huge impact at this point. Overall, the airport has been doing well despite the challenges brought on by the COVID-19 pandemic. We saw a decline in traffic last year due to the pandemic at the beginning of the spring and early summer months.

However, since that time traffic has steadily increased as people and corporations begin to travel more.

“At this time, I would say we are right back where we were at pre-covid levels,” said Johnson. “Although we saw a decrease in corporate and transient flights last year, our local flying, flight training, and ag traffic still remained.”

Johnson said in the summer of 2020, they finished an expansion of the terminal area ramp.

Johnson said they are also in the closeout stages of a pavement rehabilitation project. It has been roughly eight years since they expanded the runway and overlaid all of the asphalt on the airport. To keep the asphalt in good condition and to prolong its life, the airport recently had all the asphalt surfaces on the airport, (runway & taxiways) crack sealed, seal coated and re-marked.

“This seal coat will prevent water from penetrating the asphalt and extend the life of the pavement,” said Johnson. “This project was completed in May 2020. We still have several businesses that are based here at the Cleveland Municipal Airport. Air Repair is the longest running business on the field and has been in operations here for over 40 years. They provide a wide range of aircraft maintenance services and fuel sales,” he said. “They specialize in agricultural aircraft repair so we have a constant flow of ‘crop dusters’ in and out of the airport.”

“They have increased their number of students in recent years,” he said. “They have just recently completed a partnership program with the Air Force providing flight training to 12-14 ROTC and Junior ROTC cadets. This was an eight-week program to get these cadets their private pilot’s license, the program was a success and ended in mid-July.

Delta Aero Services is another aviation maintenance provider at the Cleveland Municipal Airport. They offer maintenance services to all types of aircraft from ag airplanes, to corporate aircraft. Blues Air is the newest business on the airport and has grown into a very successful flight school. They offer flight training, aircraft rental, fuel sales, aerial surveying / imagery, and other aviation services.