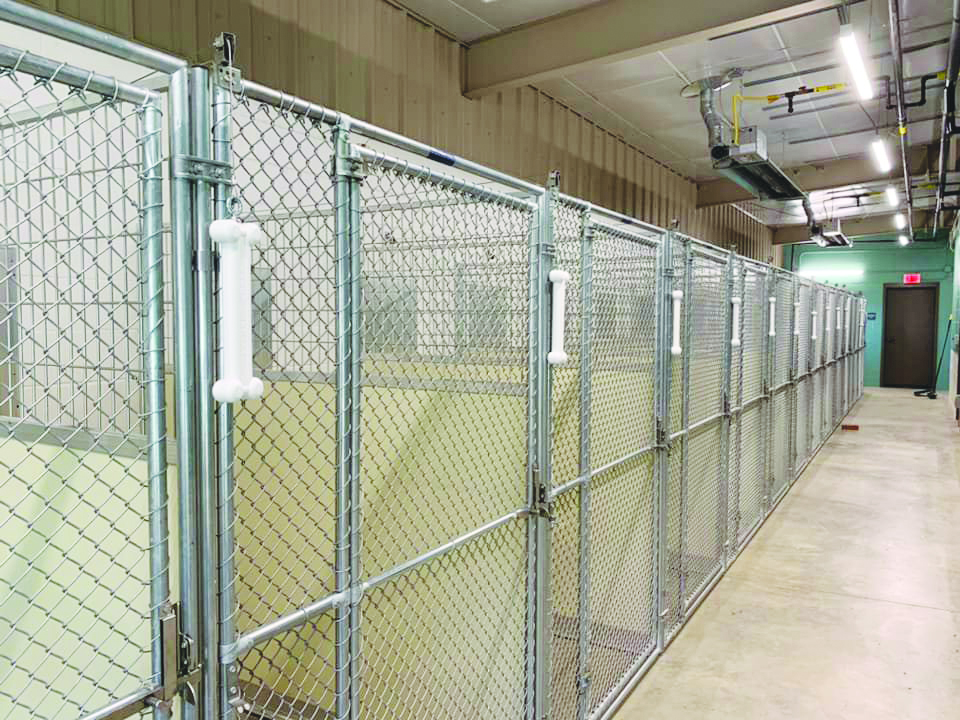 Near completion of phase one of renovations

The Cleveland-Bolivar County Animal Shelter continues renovations that began last summer on its facility with the near completion of Phase One. A walk-through is planned soon by the Shelter Planners of America, a consulting group based in Fort Worth, Texas that was hired to design and manage the renovation project. The entire project is being funded by the generous donation of the Estate of the late William Tribble, which was received in 2019.

Jordan Evans is the cat caretaker at the shelter and said that once Phase One is complete, the shelter will move all the dogs over into the newly-renovated dog building.

“Then Phase Two will begin, which is renovating the back of our current building into a newly-designed cat area,” said Evans. “There is a total of three phases to the renovations. We’re not technically open to the public yet, but we hope to have a come-see-the-new-animal-shelter event once all three phases are done. We will be open for dog walk-ins by March 1st. But, everything else we’ll be doing by appointment right now because of construction and safety for the public.”

Evans said that Phase One includes a brand new structure of dog runs. “It’s five different rooms with dog runs in them. We also have a dog-washing room; we have a room just for grooming; a room just for meet-and-greets with potential owners so that the animals and people are more comfortable interacting with each other in a homelike environment. And also now their runs have a guillotine door where they will have access to inside and outside all day.”

Evans added that Phase Two will be the cat building. “They’ll take the back portion of the current building we’re in and completely renovate it. They’ll take out existing plumbing and install new; take out all of the dog kennels; move a bay door from the back to the side; and they’ll be dropping ceilings and adding about six or seven different rooms if not more.”

Evans said Johnny Hobbs with Roy Collins Construction is project manager and Evans said he was absolutely amazing to work with.

“Mr. Hobbs said he couldn’t be absolutely sure because of many different factors, but all three phases, in the beginning were to take about a year to complete. So, we’re hoping to have Phases Two and Three done by the end of this year. And, Phase Three will be the front of the building, where currently we have the lobby, office, as well as our intake lab. It will be completely renovated and will only be the main office, our bathrooms, and two more offices, with a staff lounge, something we’ve never had before. And they will completely revamp our lobby, so it will be a much nicer entrance.”

Evans and Director Jamie Grant said they are so extremely thankful to the late William Tribble and to all the volunteers and donors who continuously support the shelter.

“And, Jamie did so much research on the best way to renovate the building for the animals and the caretakers,” Evans said. “To make sure it was done right and the money was spent efficiently. So she found Shelter Planners and they have been great and total advocates for the animals and the shelter. It’s been a great experience all around.”

You can now support the shelter by using their new text-to-donate feature by texting CBC to 89871.