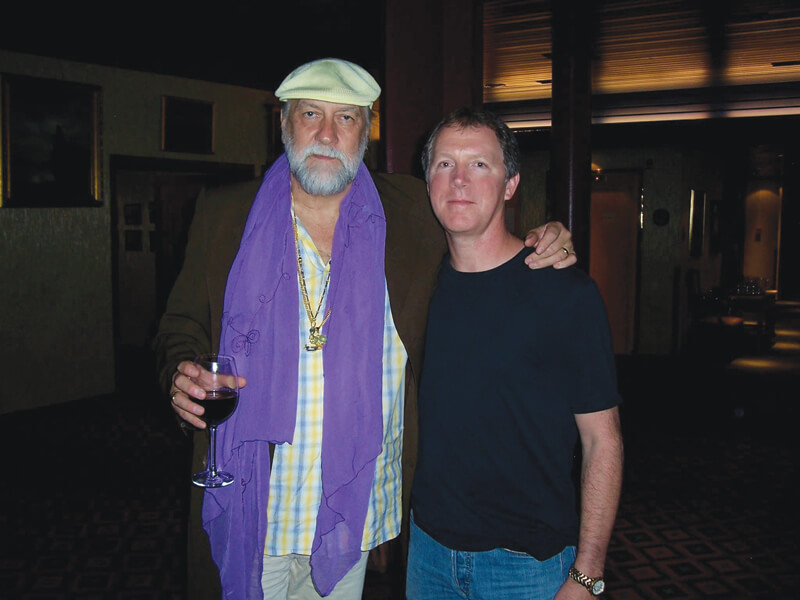 If you have been to a blues festival, juke joint, or listened to live music anywhere in the Mississippi Delta within the last twenty-five years, there is a decent chance you’ve seen Barry Bays play the bass guitar. Bays has been a mainstay on the Delta music scene as a freelance bass player for the last three decades. He boasts a rather impressive resume of musicians he’s played and recorded with that goes on for days. It would probably be easier, and shorter, to come up with a list of musicians Bays has not yet played with.

Bays is a native of Grenada and several decades ago moved to Cleveland to attend Delta State. He has made Cleveland his home for over thirty years now.

“I thought I would leave Mississippi at some point to pursue my music, but as I got older I didn’t feel like I had to,” said Bays. “And, when I began traveling and playing overseas, people would freak out when I said I was from Mississippi. It was eye opening to see how the world views the music from the state. They treat our music with reverence.”

Like so many southern artists, Bays found his musical footing in the church. He rang handbells in the choir and played trumpet. He also comes from a musical family and says some of his earliest memories are of his grandmother playing the piano and organ. His grandmother played regularly at The Monte Cristo restaurant in Grenada and Bays recalls seeing people put money in her tip jar. “I just thought it was so cool that you could get paid to play music,” he says.

Bays continued to play the trumpet and earned a scholarship to Delta State, eventually receiving a degree in classical music. According to him, the plan was to be a professional musician. “There was no back up plan, I never thought about doing anything else.”

While he was in college, Bays joined a band playing his trumpet. But, after watching the guitar players in his band, he decided that was the instrument he’d rather be playing. So, he taught himself to play the guitar. “It was more fun than trumpet, and I started making money right away.”

In fact, he didn’t learn bass guitar until his late twenties. It was at that time he began moving away from playing with cover bands and started collaborating with original artists which he really preferred. Today, Bays is the premier bass player in the Delta and he estimates he plays with about twenty different artists on a rotating basis. It’s a schedule that keeps him busy, but that’s the way he prefers it.

He says he hasn’t watched TV in over fifteen years. And, as far as current events and sports go, he’s out of the loop. “I don’t do anything but music. I don’t play golf. I don’t hunt. I only play music and I love it that way,” he said.

His talent on the bass guitar has taken him all over the world and he’s played with word class musicians. Bays could go on for hours listing musicians, festivals he’s played, cities he’s toured in, and upcoming gigs. The names continue to pour out of him and include luminaries like Derek St. Holmes from Ted Nugent’s band, Roger Fisher from Heart, Steve Azar, Jeff Healy, and Bobby Rush to name a few.  At the top of his list of performers he’s worked with is the late guitarist, Memphian Shawn Lane. Bays has high respect for Lane and calls him one of the greatest musicians ever, and began recording and playing with him in the late eighties and he played bass on his album Powers of 10.

Bays also toured and recorded extensively with Warner Brothers album Powers of 10, and two videos. Bays also toured with John Mohead of Clarksdale all over the world that included their trips through Colorado ski towns as some of his best memories from the road.

Blue Mother Tupelo, a group out of Nashville and North Mississippi, is one of Bays’ steady gigs. But, he doesn’t get a chance to rehearse with them very often. It’s not uncommon for the band to toss out a new song on stage that Bays has not rehearsed. This is not a problem for Bays who has excellent pitch and deep understanding of music theory. “I can usually tell where it’s going. It may sound like magic, but I’ve been doing it my whole life.”

Bays does have a day job that not only keeps him busy but, and probably more importantly, holding a guitar all day. He is a professor of music at Delta State University and is beginning his 33rd year of teaching this fall. Bays teaches in the Delta Music Institute which gives students a foundational base of knowledge for working in various entertainment industry careers.

From this position he imparts his vast knowledge of being a professional musician to students who are interested in careers in the entertainment sector.

“I feel lucky to teach and share what I’ve learned over the years. And it’s nice to share current info with students. I can even pass down experiences and lessons I picked up over the past weekend or summer.”

Between his class schedule, which includes teaching three student-led commercial bands, guitar lessons, and preparing for upcoming gigs, Bays is surrounded by music. Only half-jokingly he says, “If I’m not eating, I’m holding a guitar.”

And, he doesn’t have any plans to slow down or change his schedule. He says at some point in the future he may have to start carrying a chair on stage. But, for now, he’s content.

“I love playing, traveling, seeing different parts of the country, and making new friends. As long as I can handle it, I’ll keep playing with bands. Last time I checked there’s no age limit on Jazz, Blues and Americana music.”