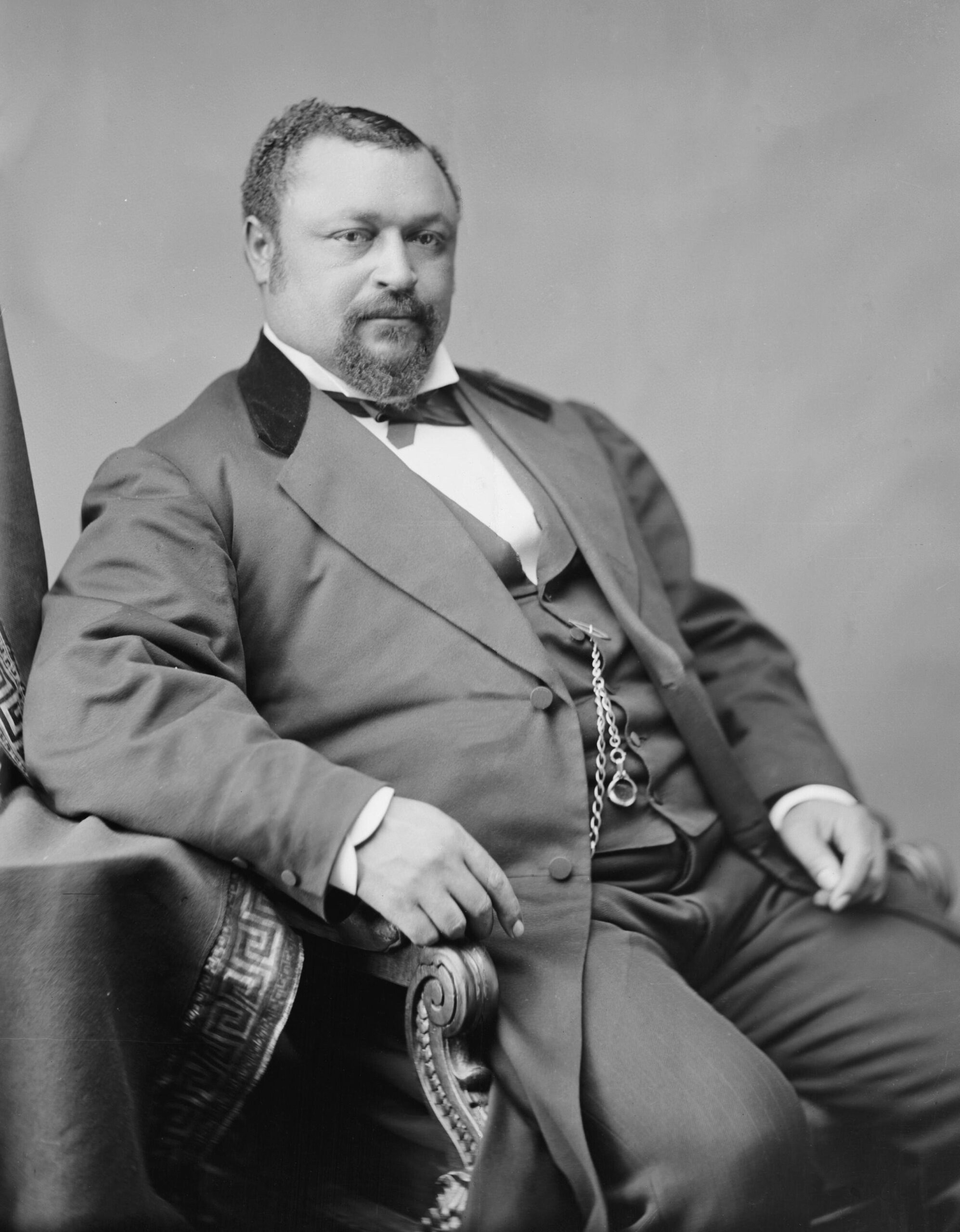 A U.S. Senator from Bolivar County

A great orator and advocate for those who could not defend themselves, Mississippi Senator Blanche K. Bruce was a Renaissance man in the truest sense of the word. The life and times of Bruce remains shrouded in some mystery as he was far ahead of his time—and the state—he represented. Bruce was the second African American elected to the U.S. Senate, but was the first to serve a full term. That isn’t, however, the only fact that sets him apart.

“Blanche Bruce was a remarkable person for remarkable times,” says Chuck Westermoreland, chair of social sciences at Delta State University. He was born into the lowest of lows as a slave and reached the highest of highs as both a wealthy landowner and influential politician at the local and national levels. In Bolivar County, just a few years after slavery ended, he amassed thousands of acres of land and became a political force throughout the county. How did this happen? He was extremely smart and determined, for one. Even more important was the fact that he had opportunities not available to his ancestors. To those ancestors, an African-American owning land and having a say in politics was unthinkable. But, with the defeat of the Confederacy, the end of slavery, and the rise of Reconstruction, African-Americans like Bruce could apply themselves and reap the fruits of their efforts like never before. He was the right person in the right place at the right time.”

Bruce was born in rural Prince Edward Island, Virginia, to a white slave owner, Pettus Perkinson, who owned his mother, Polly Bruce. Many teachers attest to this day that an education can lift people out of poverty, and to that Bruce is a great example. He learned how to read and write from William Perkinson, his half-brother, who, in turn, had learned from his tutor. Around this time, Perkinson moved his plantation and slaves to Mississippi.

Bruce endured a violent life as a slave, and when Perkinson relocated his operation to Missouri, Bruce escaped to Kansas. After discovering there was just as much violence there, Bruce returned to Missouri, where he established the first school for black children in 1864. He entered college in Ohio a few years later, only to withdraw for a lack of funding.

It seemed Mississippi kept calling him back. So, in 1869, Bruce returned to the Magnolia State in Rosedale where he began to attend Republican party meetings. Because of his charisma, politicians took note of him. He was appointed by the governor as conductor of elections for Tallahatchie County. Then by 1871, he served as superintendent of education of Bolivar County. According to various documents, Bruce created fair budgets for the segregated school system. Bruce gained popularity and respect, and soon served as sheriff and tax collector. He became financially sound from his career and began to buy land. He was an astute businessman and well respected in the county.

“For me, Bruce has always been a conundrum,” said Emily Jones, Delta State University archivist. “Most everything we know about him is from others. We do not have any of his personal papers. We do not have a primary resource of him in the Delta. It’s part of what makes him so attractive in that way. We know just enough to want to know more. He obviously influenced change, the people around him and he was an African-American voice dominated by a white society.”

Once elected in 1875, Bruce found that he and Hiram Revels, a fellow Mississippian and the first African-American elected to the Senate, were at odds with the prevalent political party—the Democrats—that had taken control of the state. According to history, he fought for levee systems and railroad construction, and spoke out for civil rights for African-Americans, Native Americans and the Chinese, who lived in the Mississippi Delta.

“He was on a very unpopular side of politics if he was against the 1882 Chinese Exclusion Act,” said Jones. “He was on the side of the underdog. He was present and among the first Chinese sojourners in the Delta. He would have witnessed them as the replacement labor force in the absence of slavery. I imagine he would have felt a kinship. Bruce would have seen them come in and struggle to support a family, see the harsh realities of a country that wasn’t so accepting.”

After his Senate term ended, according to historical records, Bruce was appointed to three posts by Republican presidents. President James Garfield named him register of the Treasury, a post he held until 1885. He served as recorder of deeds for the District of Columbia between 1889 and 1893 under Benjamin Harrison. When William McKinley became president in 1897, Bruce was again appointed register of the Treasury.

“Bruce died in 1898 while holding this office. He left mid stride, almost the same way that he appeared,” said Jones. “A presence such as Bruce’s did leave his mark in the political, social, and economic world, and one day perhaps, we will find more of the humanness of this great man. History reveals itself when it is read,” Jones adds. “I keep waiting for someone to open a trunk in an attic and there he will be.”

Westermoreland notes that “Bruce is proof that Mississippi’s people and history have never been isolated from broader national events and trends. He was a man who lived in many places: Virginia, Ohio, Kansas, Missouri, Mississippi, the District of Columbia, Indiana. He was not just a man for Mississippi. He was a man for all of the United States of America.”