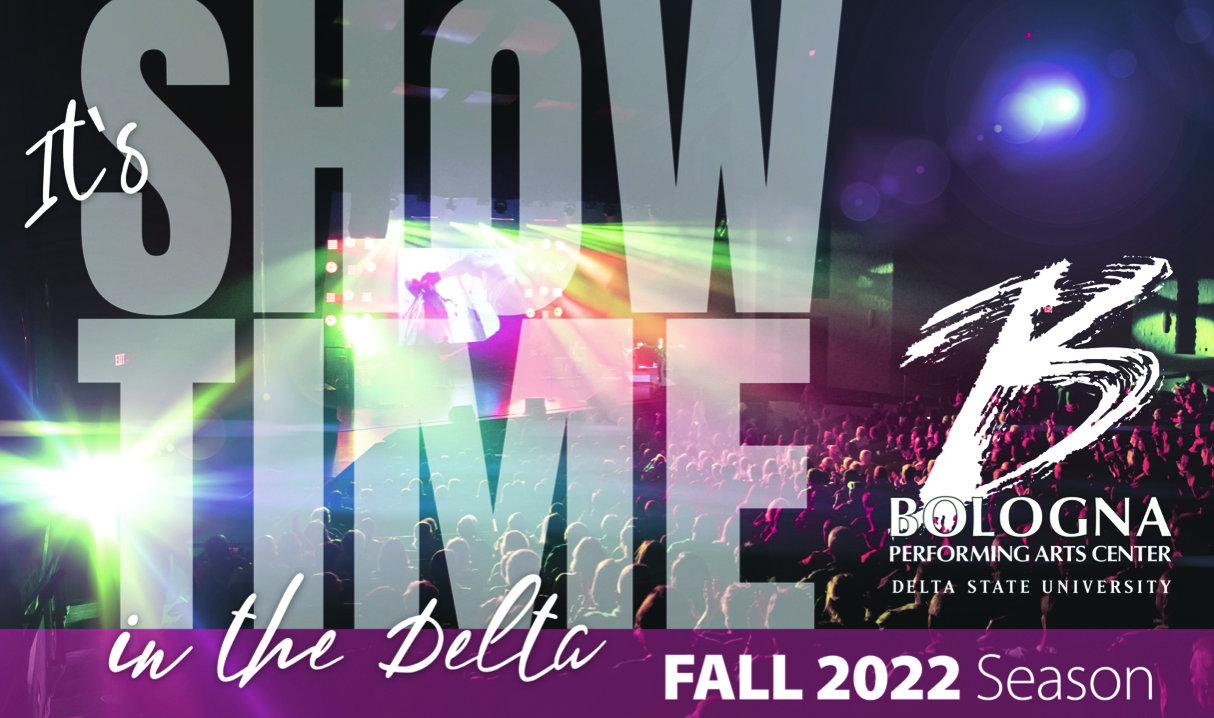 The Bologna Performing Arts Center (BPAC) at Delta State University has announced its upcoming Fall Series of performances in what will mark its 28th Season.

There are seven new Main Stage performances and three matinee performances in the School-Time Series. The Main Stage series features evening performances open to the public, and the School-Time Matinee Series is for students and teachers. The BPAC will also host the fourth year of the Southern Circuit, featuring screenings of new independent documentaries, along with its ever popular $5 Movie Series throughout the year.

Join the BPAC on August 25 to kick off the new Fall 2022 Series with Michael Bolton, multiple Grammy Award-winner and Emmy nominated Singer, Songwriter and Humanitarian, who has sold more than 65 million records globally and continues to tour the world.

On September 13, join us for An Evening With Clint Black. Along the way, Clint has sold over 20 million records, earned more than a dozen gold and platinum awards in the U.S. and Canada including a GRAMMY, landed nearly two dozen major awards and nominations, and earned a star on the Hollywood Walk of Fame.

An Evening of Hits Starring Peabo Bryson and Taylor Dayne will be presented September 29. Two-time Grammy® and two-time Academy Award winner, Peabo Bryson has established a career as one of the premier male vocalists in contemporary music of the last quarter century. Taylor Dayne is an American pop icon. With a career spanning three decades.

Don’t miss the fabulously fun and international award-winning Legally Blonde – The Musical on October 20. It is the ultimate Broadway tribute to Girl Power! Based on the beloved movie, Legally Blonde – The Musicalwill take you from the sorority house to the halls of justice with Broadway’s brightest new heroine and, of course, her Chihuahua, Bruiser.

Inspired by the beloved films, the romantic and adventure-filled new musical ANASTASIA is on a journey to the Mississippi Delta at last! For one night only, November 15, this dazzling show transports us from the twilight of the Russian Empire to the euphoria of Paris in the 1920s, as a brave young woman sets out to discover the mystery of her past.

There’s no place like home for the holidays, and Sun Records is just that for rock ‘n’ roll newcomers and soon to be legends – Johnny Cash, Jerry Lee Lewis, Carl Perkins, and Elvis Presley. In a fortuitous twist of fate, all four musicians stop by their famous Memphis recording studio alma mater the same wintry evening, unbeknownst to them that they had the front seat to a revolution. Come experience Million Dollar Quartet Christmas, the brand-new heartwarming holiday rock ‘n’ roll musical, on December 1.

There will be a ticket presale for Annual Members only from July 5-15. Annual Members are individuals who make a tax-deductible gift to support the artist programming and educational outreach activities at the BPAC. To become an Annual Member for 22-23 and access the presale, visit www.bolognapac.com/support or call the office (662) 846-4625.

The BPAC’s School-Time Matinee Series kicks off on October 5 with the pop culture phenomenon DOG MAN: THE MUSICAL. Next, Peter Rabbit Tales, based on the original Peter Rabbit Tales by Beatrix Potter will take the stage on November 9. The charming Christmas musical Twas the Night Before Christmas, takes to the stage December 6. Reservations for school groups are available beginning August 1 through the Arts Education office at 662-846-4844, and scholarship tickets will be available through support from the Community Foundation of Northwest Mississippi, Entergy and The King’s Daughters and Sons Circle Number 2.

To learn more information about all of the performances, visit www.bolognapac.com or contact the BPAC Ticket Office at (662) 846-4626. The Spring 2023 series of events will be announced later this fall.