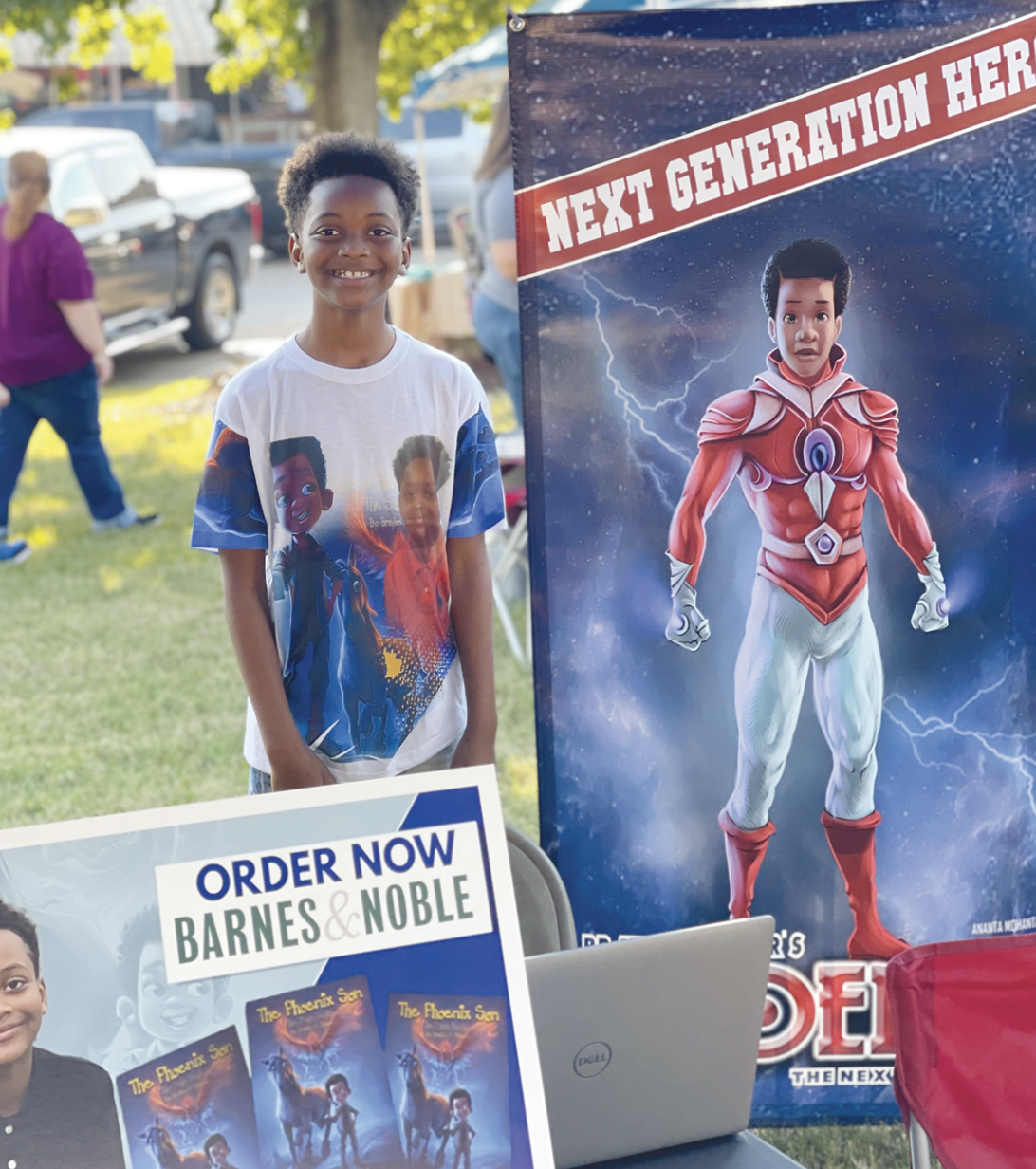 Writing a book can be a daunting task, to say the least. Many adults have tackled it, only to find it’s more of a challenge than they anticipated. So, when a nine-year-old boy can do it, that’s quite an accomplishment.

Braylen Rimmer is a third grader at Bell Academy. Principal Tiffany Russell and librarian Penni Morgan have been very supportive of him since he started this endeavor.

Braylen has written “The Phoenix Son – The Saga Begins,” a story that transports children to the mystical world of a young prince, where he discovers his magical powers and finds his real worth.

Braylen has not only written his first book and self-published it; he is now hard at work on his next book, which continues the story. Thanks to “The Phoenix Son,” Braylen has enjoyed promoting his book at places like the Mississippi Children’s Museum in Meridian in January, where he was a featured author and read from his book, also holding a Q&A session, and selling autographed copies.

“And it was so much fun,” said Braylen. “The local news station was there too and interviewed me. I loved it. I’ve also been on the local news here in Cleveland and I held my first book signing at the  Robinson Carpenter Memorial Library.”

Braylen said it only took a few weeks for him to write his first book, which some would say is remarkable. “And, my next book should be finished soon. It’s called “The Paragons.” My inspiration comes from some of my favorite authors and I love reading and watching superhero movies from Marvel and DC.”

Kierre Rimmer is Braylen’s father and said ever since Braylen was a very small child he had been a storyteller.

“So what he’s doing now just seems really natural for him,” Rimmer said. “He actually wrote his first story at six-years-old. My wife and I are really in awe of his talent. I remember when he was younger; we would always ask our kids for their Christmas lists and Braylen said he didn’t want toys that year, he wanted a laptop, a desk and a nightlight. Back then we had no idea he had this in mind. His second book should be out in early March.”

“The Phoenix Son – The Saga Begins” can be purchased through Barnes & Noble at https://www.barnesandnoble.com/w/the-phoenix-son-braylen-rimmer/1139156773 Or https://www.thephoenixson.com/