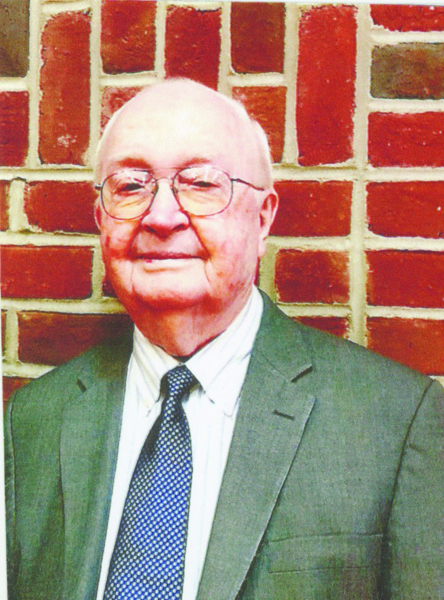 Reverend James (Jimmy) Breland began his walk with God 70 years ago. For 40 years, 1951-1991, Breland was director of the Baptist Campus Ministry at Delta State University. But, his journey really began in college, where he majored in math.

“And quite frankly, I tell people, I’d rather teach math than eat when I’m hungry,” Breland laughed. “I taught math one year. Then, during my senior year in college, I began to feel a calling to  go into the ministry. And, that was around 70 years ago. I finished my work at Delta State, received a master’s degree also in counseling, then I attended New Orleans Baptist Theological Seminary.”

Breland added that from the beginning of his journey, he felt God was calling him to work with young people.

“I enjoyed working with college-aged young people; I felt that was my life’s calling. So, in 1951 I was invited to be the director of the Baptist Campus Ministry at Delta State. And, I thought to myself, well, I’ll stay a few years and then possibly go into the church ministry, but the longer I stayed the more I appreciated and enjoyed the ministry with the students. So, I stayed until retirement time. When I came, we had fewer than 400 students at Delta State, but when I retired in 1991 we had 4,000.”

Breland retired from DSU at the age of 65 because he felt he had completed his work there.

“I thought maybe someone younger could come in and move the ministry forward. But, honestly, had I known that my health would remain as good as it has been over the years, I probably would have stayed at least another five years, because I enjoyed it so much. But I didn’t want to hinder the ministry to the students due to my age or my health. So, I decided at 65 to retire.”

Breland said he wasn’t married when he came to Delta State in 1951, but in 1954 he married his wife, who taught elementary school for 30 years at Parks Elementary School. They were married for 60 years when she passed away five years ago. They had one daughter who also eventually married a minister and now lives in South Alabama.

“I have two grandsons as well,” he added. “My oldest grandson was on the staff of President Trump for 500 days. When he resigned, he wrote a book recounting his experiences in the office and it went number six on the bestseller list of The New York Times. He was also invited to Washington recently, where he wrote speeches for the Trump family and others who spoke at the National Republican Convention.”

Today, Breland is 93-years-old, but he is far from just sitting around during these golden years.

“I’m retired now,” said Breland. “But, I stay busy with weddings and funerals. Recently, I’ve had several funerals and one wedding. I still enjoy helping people in every way that I can. I always felt in my ministry that it was both an opportunity and my responsibility to do what I could to help people. And, that’s what I continue to do as long as the Lord continues to bless me with the good health to do it. I would tell you that I regret that our country is in such a situation as it is and I hope it improves. I would challenge young ministers to really work at the task.”