The Cadillac of Travel 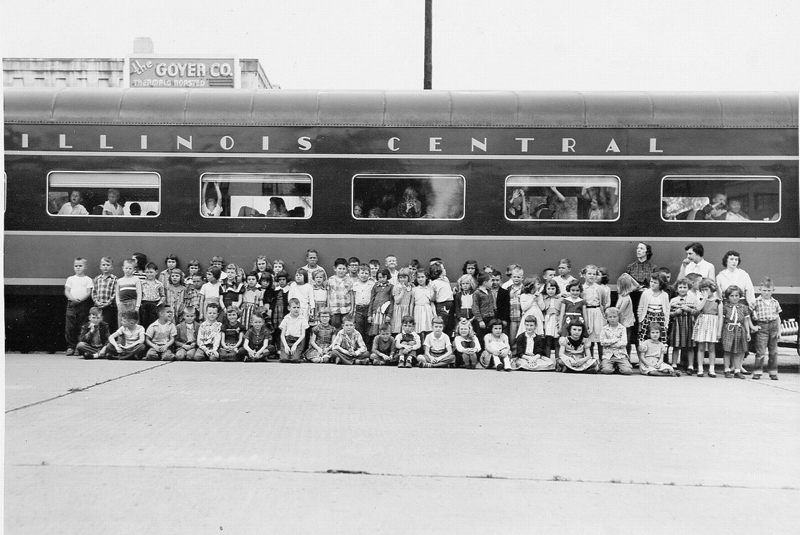 Sports, shopping or just getting around, the train took you

The last passenger train passed through Bolivar County over 50 years ago, but locals have fond memories of the tracks that took them to and from across the Delta area. Lisa Miller, Director of the Martin and Sue King Railroad Heritage Museum, explained the train opened up the county and the interior of the entire Delta region.

“In the early days of our county, if you were to travel at all you had to use waterways,” she said. “You couldn’t travel over the land in the Delta because the area was covered in trees and cane and the ground was often flooded or muddy and too rough. Trains definitely improved the quality of life here.”

If the river didn’t run through or by it, there was no settlement.  There was also no such thing as a car or road in the late 1800’s when the train tracks were first laid down in the county.

“In 1884 the first railroad tracks were built through Coleman and two years later we were incorporated as Cleveland, named after (President Grover Cleveland),” said Miller.

The Delta once rivaled the great Northwest’s timber industry, if only for a short period of time.  Due to no long-term planning and the clear cutting of timber, the way was paved for the Delta to become an agricultural Mecca. The first train track belonged to the Louisville, New Orleans and Texas or the LNO & T. It also went by another name according to Miller.

“The Late and Never on Time,” laughs Miller. “Then, it was bought out by the Yazoo and Mississippi Valley Railroad which was owned by the Illinois Central.”

In its heyday, the train ran through Cleveland running north towards Memphis and south to Vicksburg and on into Louisiana. Another route was built that connected the West side of Bolivar County to the East side.

“Illinois Central added another North/South line on the West side of the county in 1890.” she said. “There was a line from Rosedale to Malvina that would become the first leg of what would be nicknamed as the ‘Pea Vine’. The next line went from through Boyle running east and west was the Boyle & Sunflower River RR, a logging spur. To the east, this rail connected to Mr. Dockery’s line from Docker Farms and then toward the west it eventually extended to Pace.  Connecting Malvina to Pace was the last leg of the Pea Vine, so nicknamed due to its winding nature. This really opened up the interior of the county.”

The Pea Vine has been immortalized by Bluesmen such as Charley Patton over the years.  But the railroad gave folks a way to get to the “city” and to experience life beyond the Delta.

Ned Mitchell, insurance broker at SouthGroup, once took a long trip with his family to Missouri.

“My uncle, by marriage, was in the Navy, and a couple of times we rode to St. Louis in a Pullman (sleeper) car to see my aunt,” he said. “I can remember waking up in that car and kind of standing up and hit my head in that little room and wondered where in the world I was. We miss the train era.”

The depot would turn into a “meeting place” and a hangout as crowds gathered to see what local residents had purchased on shopping trips to Memphis and other locales. But, as roads improved and other means of transportation came into existence, railroad travel began to wane in Bolivar County.

“The last passenger train came through in 1965,” said Miller.