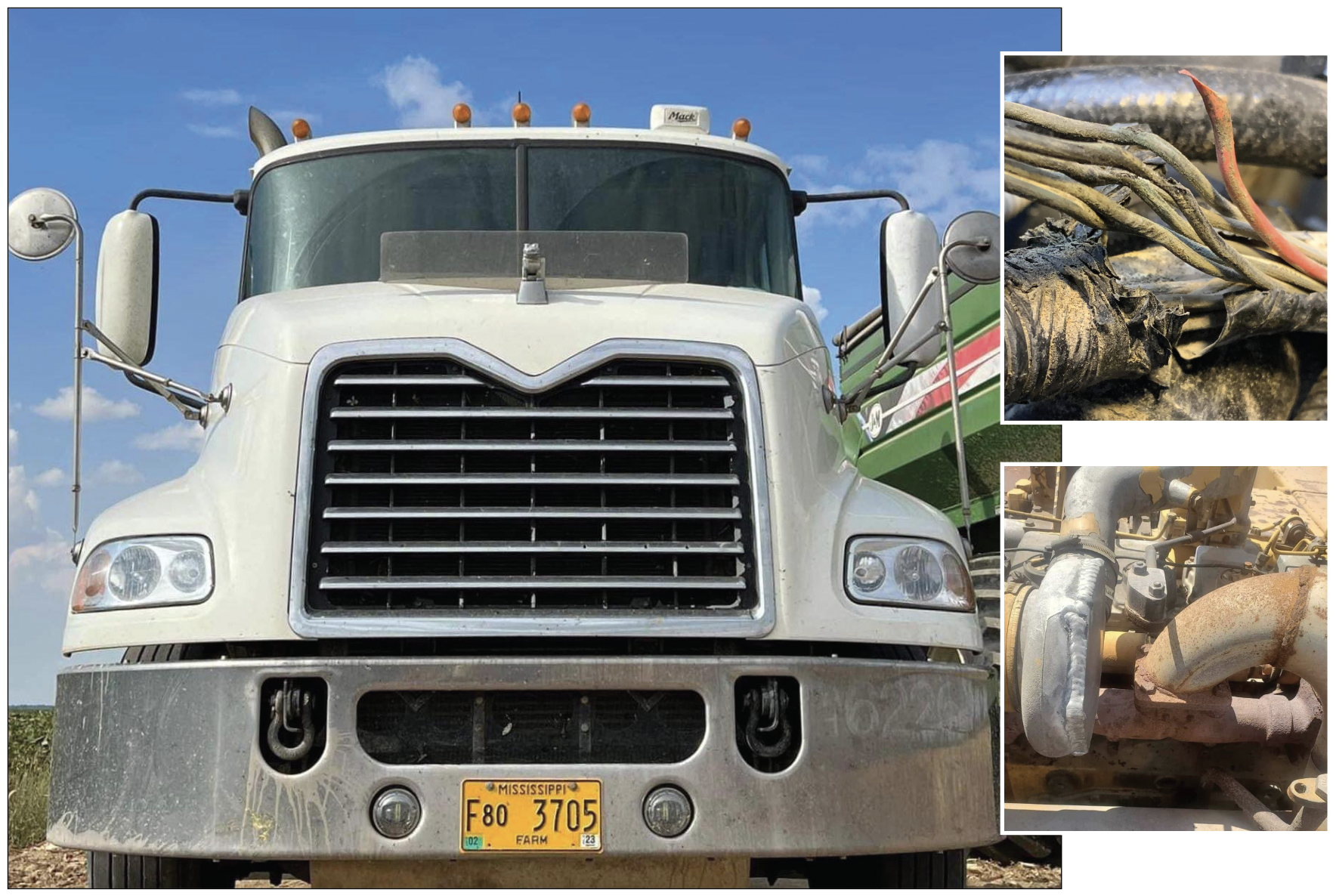 Cleveland Truck and Tractor has been working on trucks with diesel engines for the past 50 years and the business shows no signs of slowing down. Co-owners Bobby Williamson and Sammy Esch keep the business that Esch’s late father, Henry started half a century ago. The brother-in-laws continually work hard to meet and exceed their customers expectations.

“My father started out in the 60s working for Planters Equipment. At that time they sold International tractors and they actually also had big trucks so he worked on them there. Then he went to Kossman’s for a while until eventually he and one of the guys there decided to go out on their own,” said Esch. “The other guy wanted to work on cars, but my father wanted to work on trucks. He rented a building just a street over, down from Jimmy Sanders for six or eight years or so until he built our current location.”

The facility has 14 stalls, a parts department and has been added onto a couple of times since its inception. The original building could handle three to four trucks at a time and the second addition in 1999 brought the operation up to current standards. The business had a workforce near 20, but the Esch and Williamson weren’t happy with the quality of work they were turning out so they reduced their staff and now have six full time employees getting the jobs done.

“I know it is the same in a lot of other business. Employers can’t find decent help. We decided to downsize and work with the best team we could put together and we are a lot happier since we made that change,”  said Esch.

The company’s  loyal workforce includes one with 45 years and one with 40 years of experience at Cleveland Truck and Tractor. Esch himself began working there as a teenager and misses working in the shop as he and Williamson handle the business side of the business.

“When I go out to the shop and physically work on a truck, that’s what I enjoy,” he said.

Working all-year round, the business used to slow down at the holidays, but with a smaller staff, they stay busy with a steady customer base.

“We are very, very blessed. We have great customers,” said Esch.

Celebrating 50 years kind of snuck up on the co-owners but Esch remembers the beginning years like it was yesterday.

“Times just sneaks up on you so fast. Daddy used to pick me up from school at Cleveland High unless he forgot and I walked to the shop,” he said. “I can’t believe it’s 50 years. I’ve seen this place from the highs to the lows. I know every part of it. We are very fortunate and blessed.”

The business is open 6:00 a.m. to 3:00 p.m. and started those hours when the summers were so hot. It was effective and they kept the same hours going.

With so much technology in the mechanic world, Esch has “several laptops that we use that we are constantly updating. Now with a truck running these Delta roads for two or three years, the problem is usually a wiring issue. I refuse to just throw parts at it till it’s fixed. That gets really expensive on these trucks.”

Esch notes that “I may find it in an hour or it may take me a week (to find the wiring issue.) These trucks may have as many as eight separate computer systems on it. One for the brakes, one for the transmission, one for the radio – they are all integrated together. So, one issue with the brakes may affect the transmission. We’re trying to keep up and we’ve done pretty good so far. We tell them when it’s time to take it back to the dealer though.”

With a half-century of mechanic work, Esch has seen the business go from cash and checks to ACH deposits and credit cards and more. The co-owners next generation hasn’t come under their tutelage just yet. They include both sons and daughters in various occupations already.