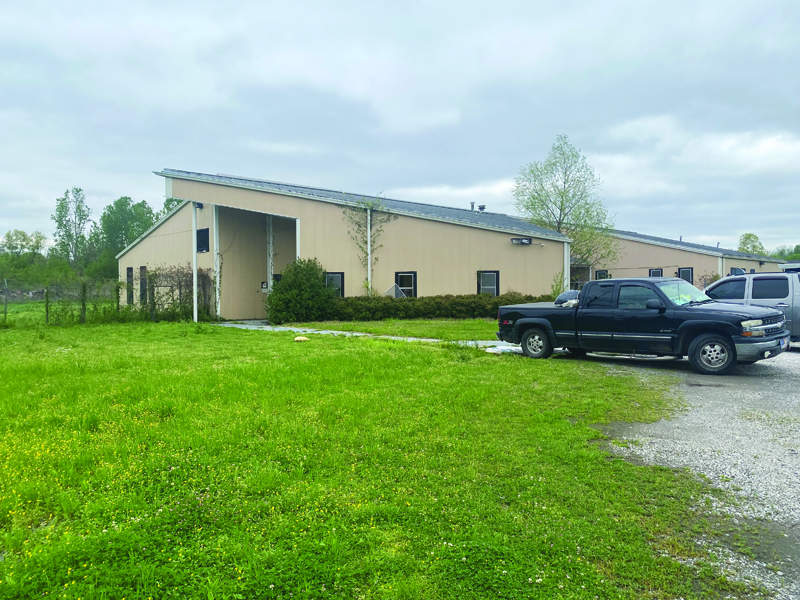 The town of Rosedale was recently awarded $225,000 from Congressmen Bennie Thompson’s office as part of a Community Project Funding. Now, Rosedale mayor Aelicia Thomas is hoping the money will be used for a new city hall.

Thomas said she would like to see the money used to rehabilitate the old Community Work Center building, turning it into a new city hall complex. While the city council has not discussed exactly how to use the money, the mayor says a new city complex would benefit the entire community.

She said by moving into the old CWC building, located on Highway 8, there would be plenty of space for all of the various town departments including the mayor’s office, clerks, the police department and maintenance along with plenty of storage.

Thomas said the current city hall location on Court Street is not in good condition at all. She said the building is riddled with mold, floods during heavy rain, has rodent issues from time to time and in general is a bad layout for city offices.

Thomas added that having a bigger room for monthly board meetings might entice more residents to attend.

Thomas also said there is room for additional meeting and event space that could be rented out, generating income for the town.

“There is nowhere on the west side of the county to rent for an event or meeting,” said Thomas. “This would benefit everyone living on this side of Bolivar County and it could be made available quickly.”

The mayor says she has spoken with city employees who work at city hall and there has been an overwhelming response to relocated the town’s offices.

“The opinion of our city employees who work in city hall, that carry’s a lot weight.”

Thomas said she has had one contractor come look at the building to get an idea of what can and cannot be done to the structure and how much work might be involved in the project.

The building currently housing city hall was originally constructed in the late 1800s or early 1900s and was initially a dry goods store. City hall moved into this location in the early 1990s. The offices had previously been located in the old Bank of Rosedale building, the oldest brick building in Bolivar County.

The Rosedale city council has not formally discussed exactly what to do with the money. Thomas said they will be holding conversations on the matter very soon.

The city was given the CWC building by the state after the facility closed in 2016. It has stood vacant since them. The city has used the complex to store unused city vehicles. Thomas said the town is just now getting around to declaring those vehicles as surplus and are exploring how to dispose of them, either by selling them or giving them away.

“Some of these vehicles are junk and there is no reason to hang on to junk.”

The CWC was a Community Work Release Center housing minimum security inmates overseen by the Mississippi Department of Corrections. The facility, which opened about 1985, closed in 2016 due to staffing issues.

The money awarded to Rosedale was part of a $10,527,500 funding project that will go towards eight community projects. Thompson said the investments support underserved areas and foster economic development, making a real difference in the lives of so many in the second congressional district.