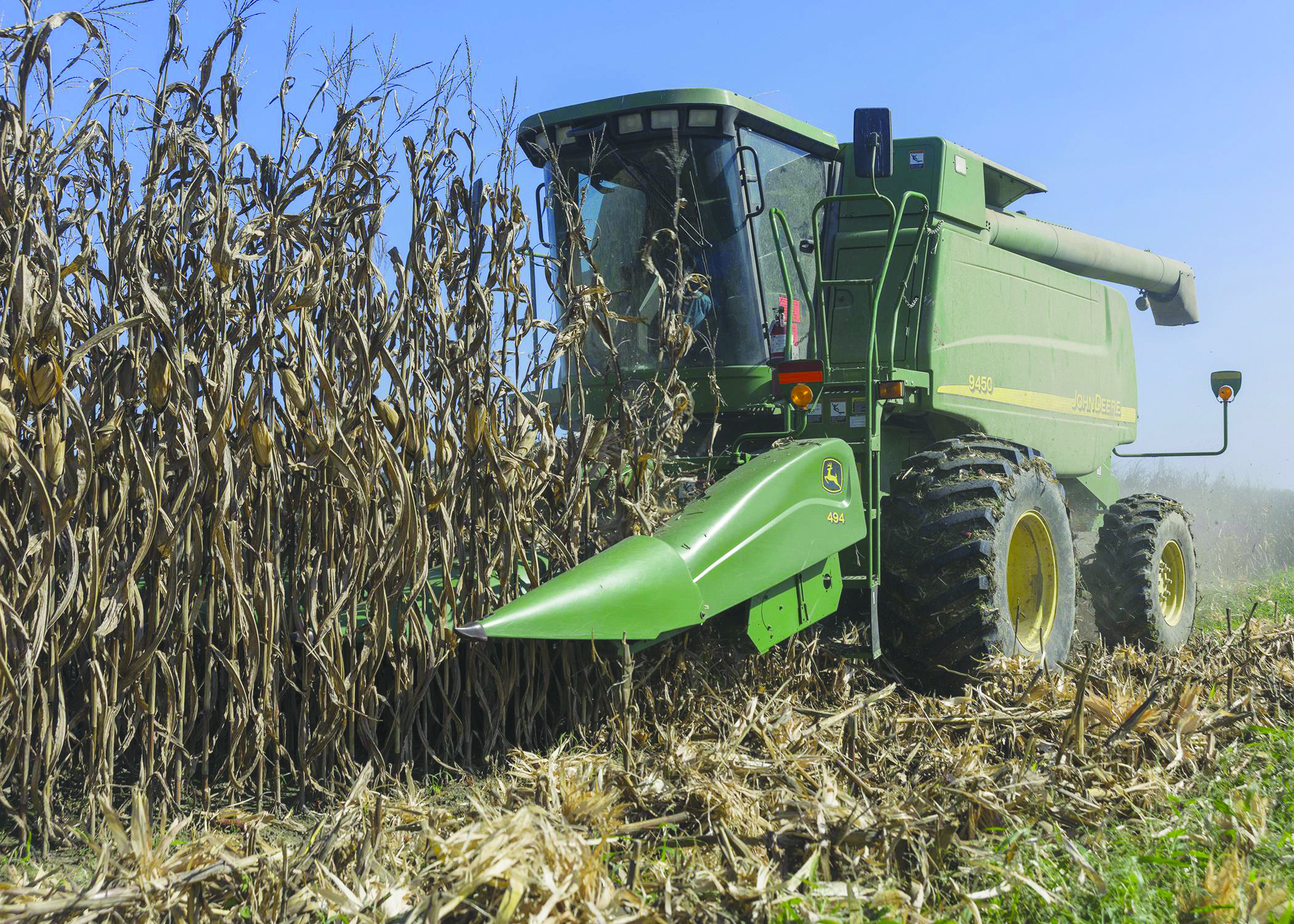 by  Bonnie A. Coblentz

The state’s corn crop suffered through a very hot and dry summer after a later-than-usual planting season, so yields will be lower this year — but not much lower overall.

The U.S. Department of Agriculture estimated the crop was 71% harvested as of Sept. 11. Frequent rains in late August and early September slowed harvest considerably, but growers have been making tremendous progress when sunny weather allows.

“Most of our corn crop this year was planted relatively late because of a lack of planting opportunities in March and early April due to rainy weather,” Larson said. “This means it was reaching its most sensitive reproductive periods when the hot temperatures started in mid-June.”

The state is expected to see an average per acre yield around 172 bushels per acre. Since 2017, Mississippi growers have harvested between 174 and 189 bushels an acre on average. This year, growers in Mississippi planted 580,000 acres of corn, down about 150,000 acres from the amount planted in 2021.

Although the peak growing season was hot and dry, August brought a lot of moisture. The rains began after much of the crop was mature, so it did not help the corn.

“While wind can cause corn harvest problems, the rain does not usually cause a lot of concerns other than delaying harvest. This makes growers nervous because soybeans and cotton will also be ready to harvest soon and can be rather vulnerable to rainy, humid weather,” Larson said. “Wet weather can also delay fall tillage and field preparation.”

Corn harvest should be almost complete by the end of September. Larson anticipated that yields on irrigated fields will be up to 10% lower than 2021 yields, and yields on dryland corn could range from 20% lower to catastrophic loss.

“The drought didn’t spare any region of the state,” Larson said.

Will Maples, Extension agricultural economist, said the current national average corn price is projected at $6.75. This would be the highest price since 2012, when the national average was $6.89 per bushel.

“The December 2022 Chicago Board of Trade corn futures contract peaked in mid-May at $7.65 per bushel,” Maples said.

For the first time since March, prices dropped to below $6 in June, when there was a large corn contract selloff. The price has steadily increased since then based on the expectation of a smaller corn crop than originally estimated. As of Sept. 12, corn futures were $6.96 per bushel.

“Export demand remains strong but is estimated lower than last year due to lower corn production in the U.S.,” he said. “The current estimate for corn use in the U.S. is that approximately 37% will go to feed, 37% to ethanol and 16% to exports.”

USDA predicts corn yield down 8% from 2021 due to lower acreage and lower national yield. The current estimated national average yield is 172.5 bushel per acre.

“The corn market remains volatile,” Maples said. “We saw major price swings in June and July, which is common when the market is trying to get a handle on weather and yield outlook. Adding to the market volatility are economic concerns and the ongoing Russia/Ukraine war.”