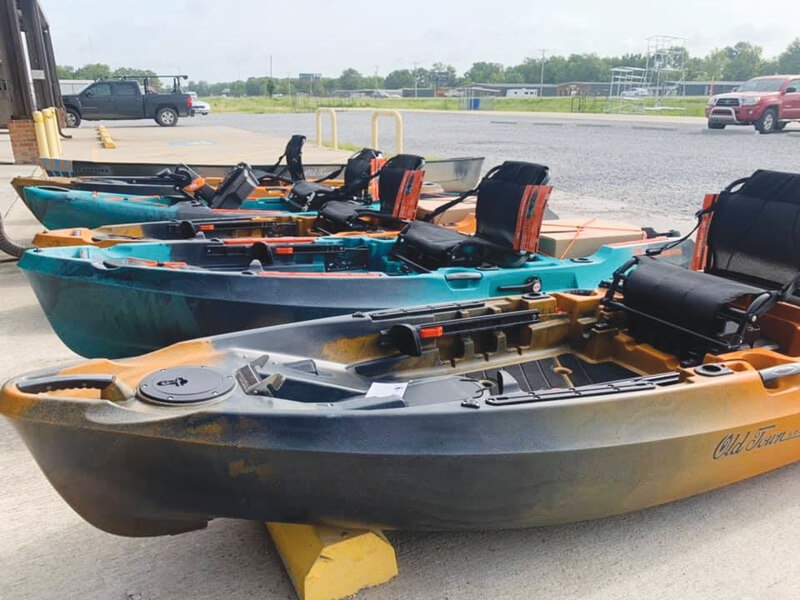 The sporting life: Since opening in Cleveland over a decade ago, this unique business has grown considerably and undergone several expansions.

Delta Outdoors, formally known as The Outdoorsman, is located on highway 61 North in Cleveland.   Owners Shorty Jones and Wayne Owens relocated the business to the current, larger location in 2017 due to the increased popularity of the store.

“We had originally started the business in 2003 and ran out of room both inside and outside, so in 2017 we decided to build a new building that would support growth for years to come,” says manager Jeffrey Jones.

“We were in the aquaculture business for years as Aquacenter in Leland and the expansion to Cleveland with the sporting goods store was originally planned as something to get by during the winter. As business continued to grow we realized we needed the space to carry additional inventory, and we also wanted to be a full-service outlet for hunters of every game and season.”

The 12,000 square foot showroom is full of vintage signs and art and is decorated with a rustic touch that is visually appealing.

“We offer something for everyone including an in-house gunsmith, gun Cerakote finishing and a full archery line with an indoor shooting range,” says Jones.

Having someone on site to work on guns of any kind is one unique aspect of the full range of services at Delta Outdoors.

“Larry Mullins has been a gunsmith for over 30 years. He has been tearing apart and repairing guns since he could walk. The newest service that he can offer is Cerakote ceramic finishing to guns,” says Jones.

This finish protects guns against abrasion and corrosion and enhances the gun’s performance.

Jones says the store employs ten people who are all well trained and very knowledgeable about the items in the store, to provide the utmost in customer service.