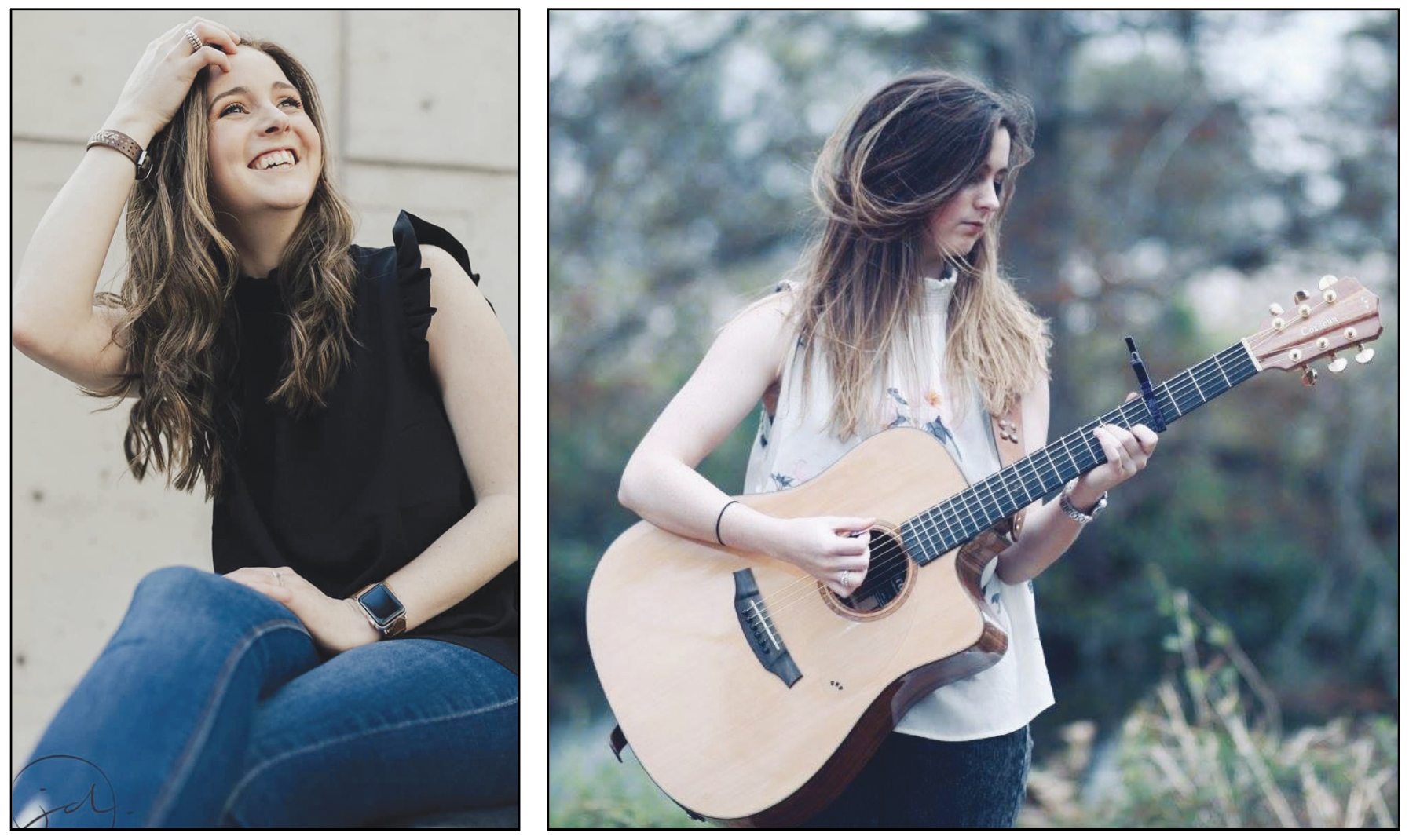 Realizing her life’s path at a very early age, Erin Wilson Moorman knew music was something she had to be involved in, one way or another. Moorman plays guitar, sings and writes her own music, and began composing her own songs in elementary school. She grew up in Cleveland, went to school at Bayou Academy and attended church at First Baptist in Cleveland.

“Throughout Junior High, writing songs became a way for me to cope with life; it was a release for me and I loved it,” she said. “I got involved in Bayou Blues, which is the show choir group at Bayou Academy, and realized how much I loved singing and performing. In the eighth grade my parents bought me a guitar for Christmas and I started learning with Barry Bays; I took lessons from him for about five years.”

Moorman added that once she learned to play an instrument, her songwriting became more prolific and she started performing more.

“I started getting more opportunities to perform. A little while later I started leading worship with my youth group at First Baptist Church in Cleveland and then got involved in the choir there and the worship ministry, and church became my primary place for performing and gave me so many opportunities that I wouldn’t have had otherwise.”

Moorman had been very athletic in high school, playing soccer, softball and participating in cheer, but in her junior year she decided that sports was taking away from her time with music.

“I wasn’t having the time to write or to go to lessons, all of the things that I really wanted to do,” she said. “So I quit all sports in my junior year and committed to my music completely. That’s when I decided I wanted to go to DMI (Delta Music Institute) to do Entertainment Industry Studies with a concentration in Entrepreneurship, because I had no background in classical music and most music degrees were going to be really hard for me. So I started at DMI in the fall of 2018 and fell in love with all things music business related.”

Moorman said that while she still performed and wrote songs, she became more interested in the business side of music.

“So the following spring, I decided to start my own record label called Cotton Row Records and released my own album,” she added. “And, that really started my actual career and got me a little recognition and notoriety as a music business person. I graduated from DMI in two and a half years, so pretty fast. One of the requirements of the DMI program is an internship in your chosen field before graduation. I was supposed to go to Nashville in the summer of 2020 and have an internship with Lifeway Christian Music Publishing, but the pandemic cancelled that. So, I had to think on my feet and get something else really quickly.”

Moorman’s college pastor had a friend who reached out to her and told her about a school he was working at in Memphis.

“He offered to try and get me an internship at Visible Music College in Memphis,” she said. “I really wanted to graduate on time, so I was very thankful for his help. He begged and pleaded with his boss at the college’s in-house record label, Madison Line Records, and they took a chance on me and did. And it was a perfect fit. So, they offered me the chance to do my master’s there and work for the record label to pay off my master’s. So, I started there in January and did their program in one year and finished my master’s this past December.”

Today, Moorman is Operations Management Assistant at Madison Line Records and enjoys her work in the business side of music immensely, but hasn’t given up her own performing and songwriting either.

“I still have my own record label too and would love to expand it and add more artists,” she said. “My genre of music personally is country, but at Madison Line in Memphis where I work, since it’s a Christian school we do have Christian and gospel genres, but we don’t confine ourselves to just that. We do Rap, Pop, Country; just all genres.”

Moorman was married recently and she and her husband live in Horn Lake. Her husband is very supportive of her career.

“I really love what I do on the business side of music and hope to keep growing and learning there,” she said. “And, I love helping other artists fulfill their dreams. But, I also love writing and performing, so I hope to continue to do both.”

Erin Wilson Moorman made the list of  Young Music Business Professionals for 2021, a combination of Music Business Program Instructor recommendations, and discoveries from Lead Scout; Madison Sweere, and GREATERTHAN.