Fishing Ever Since He Could Walk 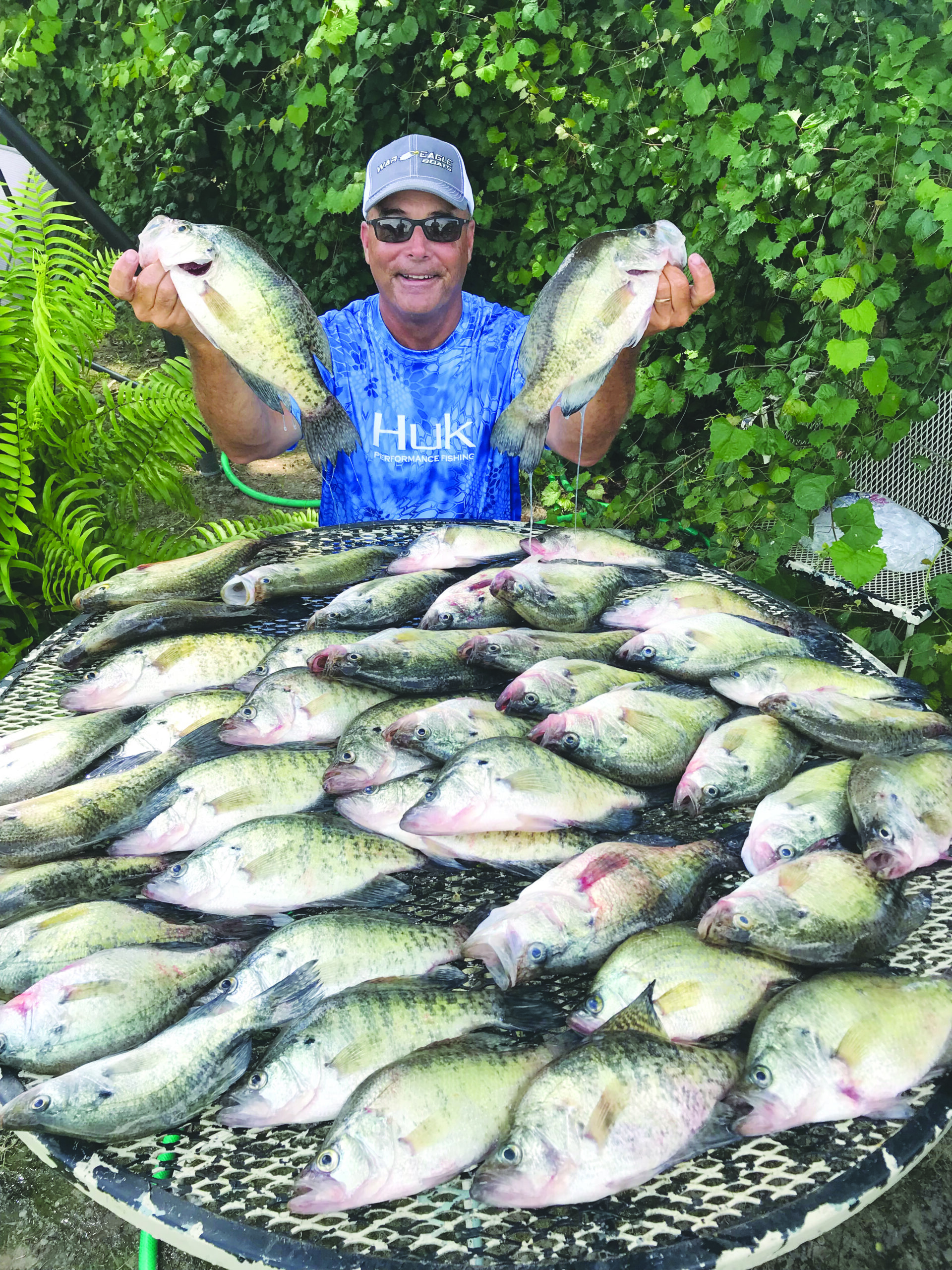 Anybody can fish, but Allen “Torch” Tindle does a pretty good job of catching. Now to be honest, everyday isn’t perfect on the lake for filling the cooler. But Tindle, more often than not, has a hard time closing the lid on his after a day on the lake. The Bolivar County resident was born in California, but moved to the Delta when he was two weeks old and grew up on the lakes and rivers of the flatlands. He learned from the best and even though his day job keeps him busy teaching all things engine mechanics at Mississippi Delta Community College’s Moorhead campus, he could probably make a living teaching people how to fish.

“I’ve fished all these lakes around here. My dad was president of the Beulah Club in the 1970s. I was around 10 years old and I got to spend my summers over there. That’s where I really learned how to fish,” said Tindle. “My dad was a slip cork and minnow or cricket or live bait fisherman. Some of the older guys taught me how to jig fish and how to use popping bugs for bream and that started my love for fishing right there.”

Tindle now has a set up that would make any fisherman envious with top notch tech and amenities but he “had to learn how to skull with a paddle. I miss those days. I’ve loved it my whole life.”

Even though catfish, bream and other species are available, Tindle fell in love with crappie fishing and has kept after them all across the mid-south. His equipment is serious, like his love for the sport.

The Livescope, Tindle calls “video game fishing” is all the rage and used by professionals in fishing tournaments.

“You can see the fish on the screen, you can drop a jig on it and watch it come right down above him and watch the fish take the bait before you can even feel it,” he said. “It allows us to target big fish and that’s one of the things I’m afraid of. If we don’t get some kind of regulations on it, some of these lakes are gonna get fished out. If you want to sit there and look at a screen all day, you can do that.”

Tindle has favorite lakes and Lake Whittington tops the list. He noted that Asian Carp have made fishing Beulah Lake nearly impossible. Tindle does get to the man-made reservoirs in the Magnolia State and enjoys fishing each one.

“As far as big fish, Enid, Grenada, Sardis and Arkabutla – crappie is all we fish for,” he said. “I catch a catfish every now and then throwing crankbaits. But, my favorite two styles for crappie are long lining jigs – I make my own jigs – and pulling crankbaits. The reason I like it is I can cover so much water. I’m going to find some fish and I’m going to catch fish. I run eight poles off the back of my boat.”

The poles range in length from eight feet to 16-feet and he trolls at less than two miles per hour.

“The fish will dictate what they want each day by your speed,” he said.

Mississippi has become well-known for its trophy crappie across several lakes bringing fisherman of all skill ranges to the Magnolia State to try their luck. The state has six of the top 10 Crappie Fishing Lakes in the US.

Tindle hits tournaments with his fishing partner, Don Williams, but it’s getting tougher as every tournament is using Livescope.

“I do it, but it’s not my favorite form of fishing. I don’t want to look at a computer screen all day,” he said. “

In all of his years fishing, Tindle has pulled a multitude of three-pound-plus crappie but the only one over four pounds, he never got to mount. But, he does remember the fish.

“My biggest fish I ever caught came off Grenada,” said Tindle. “I was 16-years-old. We used to have a cabin on the north end of Grenada and I was young and couldn’t get out on the main lake. My brother and I were actually bass fishing one spring and I was throwing a white, Manns spinner bait, this fish hit it and I thought it was a bass but it was a crappie, just over four pounds – 4.06. It was weighed at Wright’s Grocery on the scales. I asked dad if we could mount it but he said no and that one went into the deep freeze. I’ve caught several threes and some high threes but never a four – and I was bass fishing.”

Like any fisherman, he’s got plenty of stories of outings on the lake – all true according to Tindle.

“One of the craziest, I had a guide trip and we were crank baiting and got a fish in and went to get the fish off for the lady. The fish shook and got off and the crankbait went into her hand and was buried.”

Before they could get the gear stowed to head to the local emergency room, “an old fisherman came up and said he could get it out. He pushed the hook back and wrapped some fishing line around it and popped it right out. To this day, I don’t know how he did it. She was a real trooper and fished the whole morning with that crankbait in their hand.”

Another story includes losing a trolling motor that “deployed while we were coming back in and it ripped it off, wires and all. Weird stuff happens sometimes on the lake.”

And, more often than not, he finds his catch but he admits there are days when the cooler isn’t weighed down at all with fresh crappie.

“Some days we go out there and get 100 fish in two or three hours and I’ve had days where you go over there and spend all day trying to catch 10. I have to tell people, it’s called fishing, not catching. The Good Lord still has a lot to do with it.”

He’s still putting a full day’s work at his day job but when he eventually retires, Tindle is looking to take up guiding to fill that classroom time.

“That is my plan right now,” he said. “My wife will go with me sometimes and she has her fishing license but she like to get out and just read her book. But she likes it when they’re biting.”

He does use his wife’s dentistry skills to refine the molds he uses to pour and make jigs for his outings. And Tindle does find time to guide from time to time with his fishing partner Williams and they use all their top-notch equipment for their clients.

“We have War Eagle boats, and B’n’M poles, ATX Lure Company plastics and jigs that I make,” Tindle said.

You’d think a man of his fishing stature would have a few deep freezes full of his treasured fishing target but Tindle admits that he does a lot of catch and release and also finds folks who gladly take the offering of that day’s fishing treasures. The ones that do get home are put to good and delectable use.

“My favorite recipe is to blacken crappie and put it on tacos,” he said.

But, he warns the cooking experiment has to be done outside due to the smoke. The steps include getting a cast iron skillet white hot, then soak your crappie in a melted stick of butter and tobacco sauce. Dip the fillets in that and then cook a minute or less on each side and take off.

“Unbelievable on tacos. But, if you like blackened fish, just put that over rice and eat it,” he said. “Do it outside. You get a lot of smoke.”

Fishing for a lifetime with no plans to stop anytime soon, Allen “Torch” Tindle will just keep “whooping ’em.”