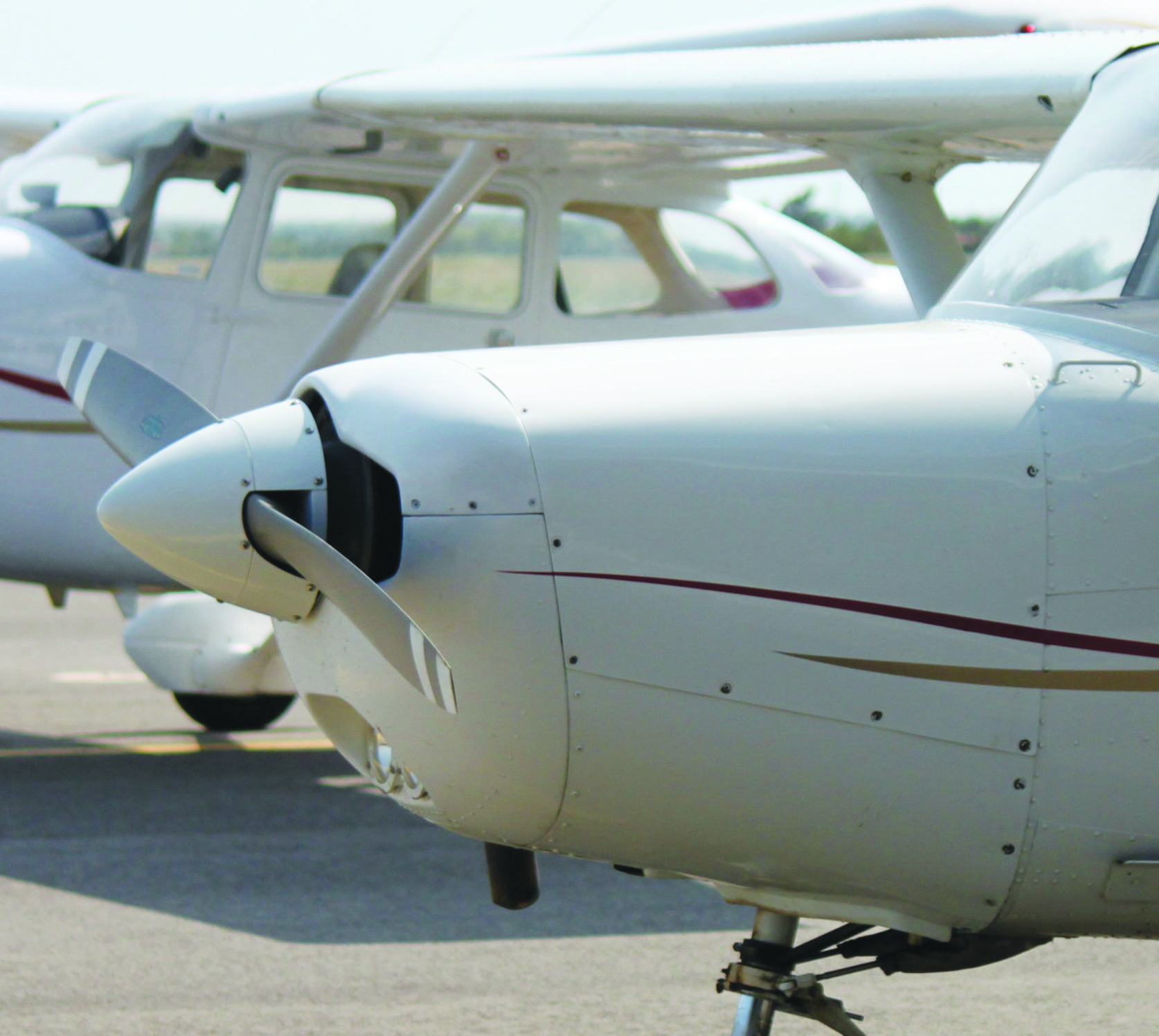 Blues Air offers flight training to the general public, rents aircraft, sells aviation fuel and does aerial surveys and aerial photography. Phillip Krasner and Ike Brunetti are the owners and the business has been located at Cleveland Municipal Airport since 2017.

“And after someone gets their private pilot rating, they can rent the aircraft to fly somewhere for the weekend if they’d like to,” said Krasner. “And they just pay for the time they put on the airplane, not for the time on the ground. For the flight training, no background in aviation is needed at all, you can learn everything you need to know here. Of course, if you have a background, that’s great too. I started flying in 2000 and I had absolutely no background in aviation, but it was something I had always been interested in. I did my flight training at Delta State and I’ve made a career out of it.”

“They’re primary flight trainers,” he added. “One is a Cessna 172, which is one of the most popular training airplanes in the country. And then we have a Piper Archer, it’s basically a low wing version of the 172. We also have a Citabria, which has a tail dragger, so that’s a great one for people wanting to get into AG for crop dusting. Those pilots need tail wheel time and we can do their tail wheel training so they can build time in that. Now tail wheel endorsement isn’t just for AG pilots, it can make any pilot more versatile, just depending on what they want to do. It takes a little more control input to fly a tail wheel aircraft, so some people want to do it because it’s something different.”

In 2018, Blues Air decided to build its own hangar at the Cleveland Municipal Airport and they moved their business into that building. Krasner said that a person needs 40 hours in the air for flight training to get their private pilot’s license.

Krasner said in the future they hope to get their air charter certificate, then they will be able to not only provide the plane for rental, but the pilot as well.

“We’ve also just started an AG program at Blues Air, collaborating with Delta State, and when people have completed it, they should be industry ready,” he added. “The program is six months long and Delta State is contracting us to take students through the AG program.”

And their aerial photography is another service they provide to farmers or anyone who might need it.

“We fly out with our camera system and assist farmers with any irrigation or crop issues they might have,” he said. “When they actually see it from an aerial view it sometimes helps them to know where they need to irrigate more or just help with any problems they might be having.”