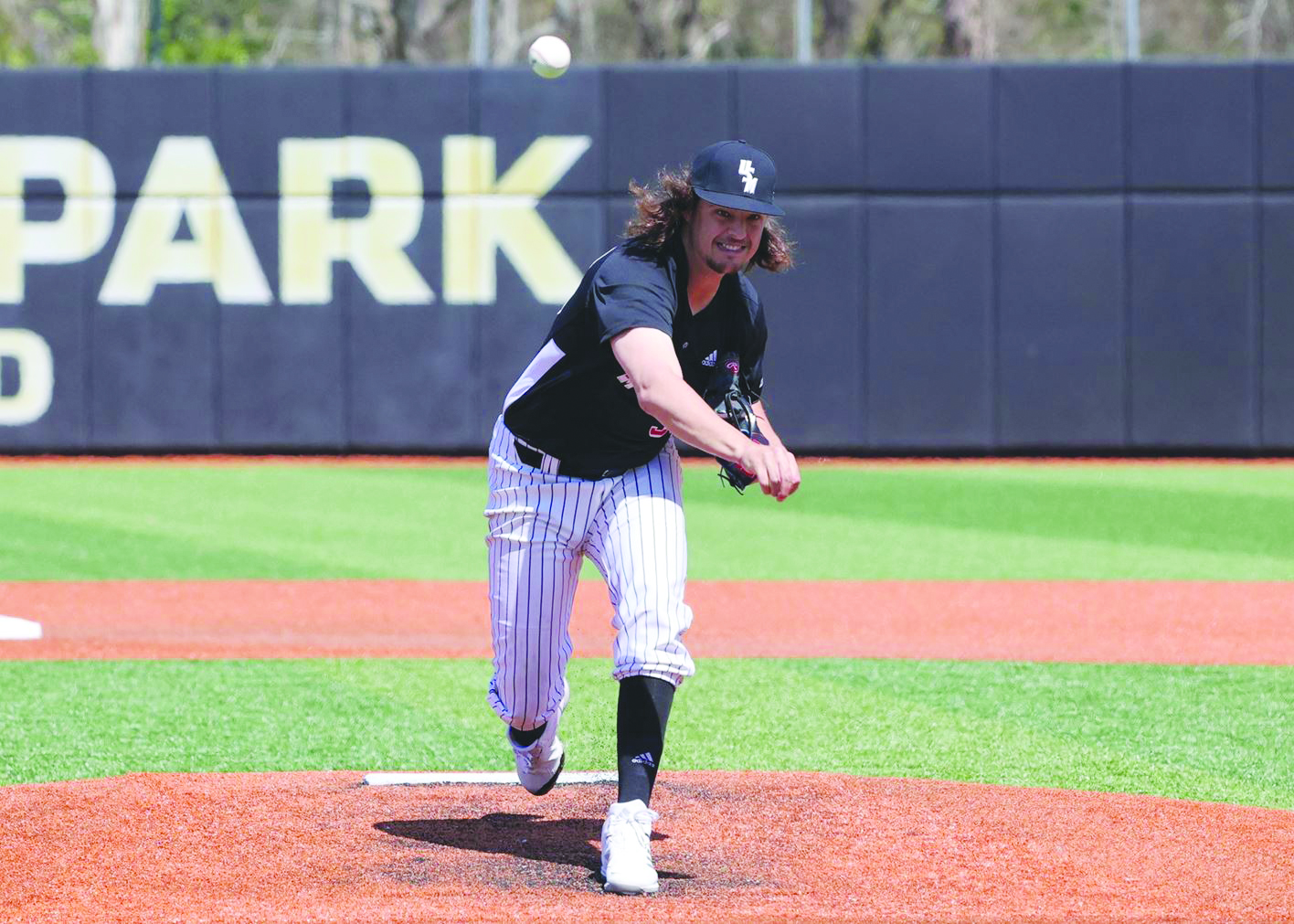 After a successful college baseball career, Hunter Riggins will get a chance to pursue his dream of being a Major League Baseball player as he signed a free agent contract with the Atlanta Braves on July 20.

The MLB Draft was held on July 17-19. On the final day of the draft, he received word that he was getting a free agent contract.

“I was expecting a free agent deal late day three and that’s what I was told,” said Riggins. “It worked out like that so I guess I get to play a professional sport and get paid to do it. I’ve been working hard in college, and I’m sure I’m going to be working harder in pro ball. It’s good to maybe get some money from it.”

Riggins played collegiate baseball at Delta State University from 2018-21 and wrapped up his collegiate career at the University of Southern Mississippi this past year. At DSU, Riggins helped lead the Statesmen to three appearances in the NCAA Division II South Region Tournament with a Gulf South Conference Championship and a trip to the NCAA Division II Super South Region in 2019. In his four years at DSU, he posted a career record of 27-12 with six saves and a 2.56 ERA in 57 appearances (38 starts). He gave up 263 hits, struck out 239 batters and walked only 81 batters in 295 innings. He was a two-time All-GSC selection (2019 first team, 2021 second team), a two-time Division II All-South Region selection (2019 and 2021) and a third team and honorable mention All-American (2019).

At USM, he went an impressive 9-4 and had the lowest ERA among starting pitchers on the USM staff with a 2.59 mark in 16 starts. In Conference USA, he was third in ERA, third in innings pitched (97.1), tied for third in wins, sixth in opponents batting average (.232) and seventh in strikeouts (85). His production was key in USM going 47-19 with a trip to the NCAA Division I Super Regionals. He was named to the Conference USA All-Tournament Team and named ABCA Rawlings Second Team All-South Region. Riggins’ overall career record on the collegiate level was 36-16.

The passion for the game has been with Riggins ever since he was young.

In high school, he played his freshman and sophomore years at Cleveland High School and then pitched his junior and senior years at Hernando High School. In his four years on the high school level, he posted an outstanding career record of 22-6 with a 2.03 ERA. In 210 innings of work, he recorded 250 strikeouts and gave up just 124 hits with 78 walks and 12 hit batters.

“It all started when I was a kid,” said Riggins. “I just enjoyed being out there playing a game in my front yard with my brothers helping me out. When I got into high school, I stayed after practice and took ground balls. I just enjoyed being there and playing the game like I did when I was younger. When you get into college, it’s kind of a grind. They’re some days you don’t want to do it and some days you feel like a little kid again. It’s just more about trying to have fun and realizing this is good for you. You’re trying to get better every day. It’s a grind you have to go through, but I wouldn’t change it for the world.”

The opportunity to play professional baseball is one that Riggins doesn’t plan to waste.

“It’s something I always dreamed about,” said Riggins. “I’ve always taken it one step at time at Division II and then Division I. I just wanted to play good baseball. That’s all I was really after when I was growing up. It’s worked out so far, and there’s still a lot of work to do.”

Riggins was scheduled to report to the Atlanta Braves training facility at North Port, Fla. on Sunday (July 24). As of press time, he hadn’t received news on what team he will be assigned to in the organization.