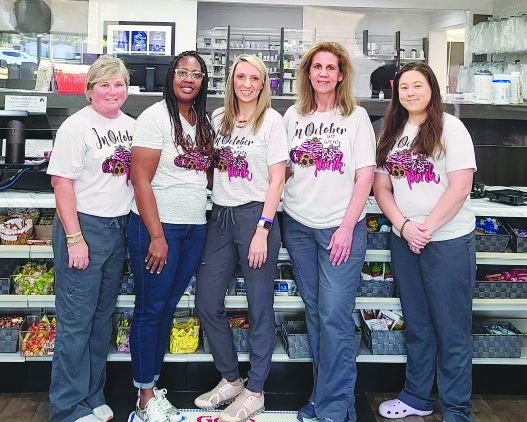 For years people have been saying “Take me to Ruleville,” but with the opening of Haire Drug Center in Cleveland, you could say Ruleville is coming to you.

Haire Drug Center has been a staple of the Cleveland community for almost 50 years. And, according to Zach Warrington, the Haire Drug Center Director, outstanding customer service has been the reason it has lasted the test of time.

“Our customers expect that from us,” said Warrington.  “There is a trust factor that has been built up for years, which is ingrained in the culture of North Sunflower. Here at Haire Drug Center, want to continue the tradition.”

Warrington is a Cleveland native and grew up in a family of health care professionals.  When he graduated from Pharmacy school at the University of Tennessee, he wasn’t sure this new chapter in his life would lead him back to the Delta.  But, when North Sunflower Medical Center Pharmacy director, Mike Gilbow offered him a job in 2014, it was an easy decision.

“I have a young family,” said Warrington. “The Delta is just a great place to raise a family.”

One additional piece of the North Sunflower culture, that has translated to the Haire Drug Center is the longstanding tradition of building improvement. “Just like he’s done in Ruleville, Billy Marlow believes that by making the building look better, it makes our community feel like a better place to live. After remodeling, Haire Drug Center is top of the line with all the modern conveniences, including free home delivery and a new drive up window.”

But, while some things have changed, some very important things remain the same.

“Nancy Pate has been a pharmacy tech here for over 40 years. People come in just to see her,” said Warrington.  “She’s always been a huge part of the store, and we’re glad she’s going to be here for a long time to come.”