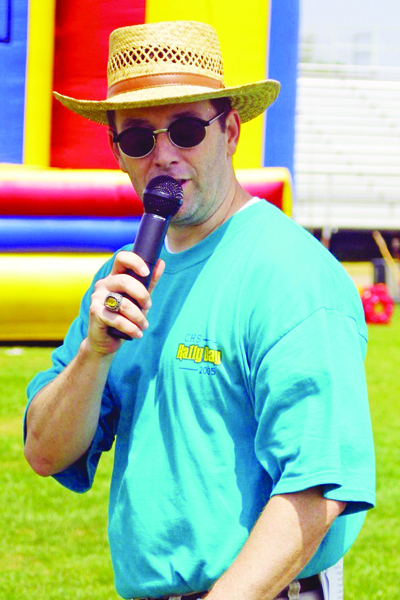 “In 1991, I  became a history teacher at Cleveland High School, my alma mater,” said Craddock. “I had two degrees in history and didn’t really know what to do with them. It just so happened that at the same time, swimming became recognized as a varsity high school sport by the Mississippi High School Activities Association. And, I had been a competitive swimmer myself and a coach for a competitive team for eight years. So, it just seemed like the Lord opened that door for me. I became a history teach at that time and the first swimming coach at Cleveland High School.”

“I learned that the 100th  anniversary of Cleveland High School would be the following year, and this was in 2005,” he added. “So in 2006 the establishment of the school would be 100 years old. I began researching and writing the history of the high school. From that experience, my desire to be an administrator at my alma mater took hold. I really never wanted to be anywhere else but Cleveland High School.”

Craddock said that his entire 29 years with the school system was spent in the same building. He spent a few years after that writing the history of Cleveland High School, which he then published.

“I became an administrator and the assistant principal position became available in the Summer of 2009,” he added. “I applied and went through the interview process and got the position.”

Craddock retired as swim coach for the school in 2006. “I was the swim coach for 16 years. I had begun my research into the history of the high school and that’s when my desire to get into an administrative role started. But in the 16 years that I was head coach of the swim team we won 10 state championships. We were blessed over the years with outstanding athletes. The coach can’t do anything without great athletes and we had them.”

Craddock said that after 29 years in the school system, he felt that the Lord put it on his heart that it was time to retire from Cleveland Central High School.

“Does that mean that I’m over and done with; not by any means,” he added. “I feel as though I’ll be doing something in the near future. As to exactly what that will be, I don’t know. I might just decide to run for the schoolboard. Who knows? My thought right now is to be an advocate for Cleveland’s public schools.”

Craddock said that being a part of Cleveland Central High School for all these years meant the world to him.

“I love the school system and I love my alma mater. In fact, it was while we were both teachers that my wife and I met and started dating and eventually married while we were classroom teachers at Cleveland High School. All four of my children graduated from either Cleveland High or Cleveland Central. Also, teaching pride in one’s school, community, state, and country was a major focus of my classroom teaching and as an administrator.”