Jimmy McClellan Doing what he loves and in his own way 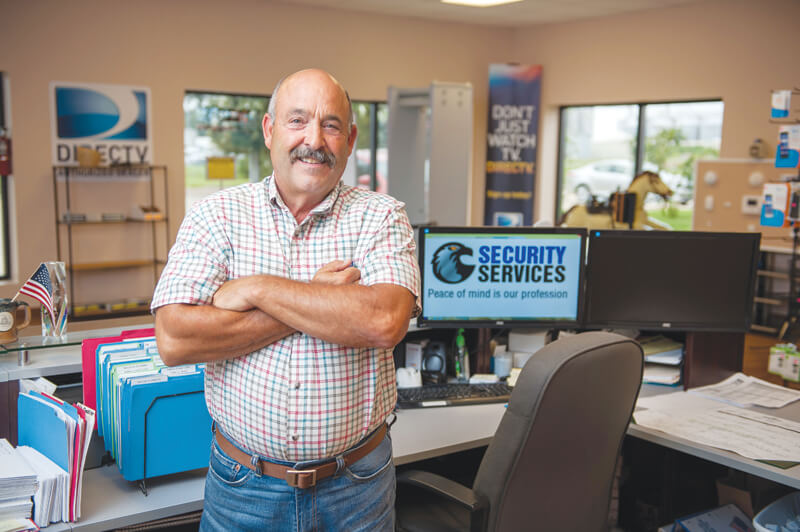 Webster’s defines an entrepreneur as someone who organizes, manages, and assumes the risks of a business or enterprise. For a simple, straightforward description of the word, that will do. But truthfully, the blood, sweat and tears that many of those people who go out on a limb, defying the odds and the naysayers who spout all the good reasons why they shouldn’t do something, has a lot more to do with passion and courage than just managing a business.

The entrepreneurial spirit has been strong in Clevelander, Jimmy McClellan, for most of his life; in fact, it still is today. McClellan began his business career working for his father, Albert McClellan, from whom it could be said he inherited his daring and stalwart work ethics. The senior McClellan began a service station business and continued it for over two decades himself, then Jimmy McClellan eventually took over from his dad.

“I was raised in a family business, my father’s service station,” said McClellan. “He had it for 40 years and I worked there for 25. When I sold it in 1998, it was almost an 80-year-old business called 7-11, just like the convenience store chain, only it came years before them.  That’s where I learned how to take care of customers. I also learned the main thing customers are concerned with is price and service, and that hasn’t changed.”

McClellan’s father was always adding extra things to his business in true entrepreneurial style, such as a freight company and a muffler service.

“My father was definitely an entrepreneur,” he said. “In those days, they just thought of it as adding other things to your business. My father had a large family, there were six children in our family, and so he needed to make a bigger income to take care of us all and to educate us. So, it was a challenge for him in a small town to accomplish that in those days.”

McClellan thought he’d never own another business after selling his father’s service station, but those ideas changed drastically after a while.

“I started working for other people, and saw how they treated their customers,” he said. “And I really didn’t like it. I had sent out a lot of resumes, thinking I might go into some sort of managerial job or position, but the security business just fell into my lap. A guy asked me if I’d be interested in installing alarms, and I said yes, figuring I’d do it until someone called me back from the resumes I had out. But once I started doing it; I liked it. It was hands-on and I love working with my hands. It also dealt with individuals and I love working with people.”

McClellan adds that eventually Delta Pride offered him a position, so he went to work for them, but never forgot the alarm business; it kept calling him back. And it wasn’t long until that’s exactly where he went, back to the alarm business, and once again, working for someone else.

“And once again, I didn’t like the way they treated their customers, so I started my own business as an installer. I’d go out and sell the security system and then come back and install it. I was basically a one-man show.”

As his business grew, McClellan says he began to hire more people to assist him, from a secretary to a partner in the company. But, he knew the only way he was going to be happy was if he ran the company the way he’d envisioned it, with service to the customer a top priority. So, after about a year, and around 40 added employees and four offices later, he decided he wasn’t thrilled with that element of his business either.

“I didn’t like not knowing all of my employees, and I really didn’t know half of my customers,” he said. “So, in 2008 I started downsizing to something more manageable.”

Today, McClellan owns Security Services, which is truly an entrepreneur’s dream, started from a property that he bought himself, and managed entirely the way he feels it should be, with service to the customer at the forefront.

“I like where I’m at now. I enjoy the people I work with and I’ve slowly started adding on to my business. I’ve brought in Direct TV to the company; I’ve added Viasat Internet, which is a satellite-based internet for our rural customers. And my latest venture has been with AT&T. About five years ago, AT&T bought Direct TV and I had already been looking into the cellular business for about five years. So, when I saw the chance with AT&T, I thought that would be a perfect match-up for us. And slowly but surely, we are becoming an AT&T retailer, or a dealer as it would now be called; we’re one of the test markets, one of three in the state, as AT&T moves away from just having retail offices to having dealers such as myself. Our goal is to offer all of the services that AT&T has, being one of the largest companies in the world, to our Cleveland customers. Although, we’ve had AT&T retailers here, I want to bring the customized part of it home to Cleveland. The warm feeling where a customer walks in and someone is really concerned with that person’s business, from the Internet to all of their data. I want our customers to be able to choose from all of AT&T’s products, and to offer the best data package in the nation from AT&T, right here in Cleveland and Bolivar County.”

McClellan said that in his opinion some business owners today could possibly use a little more of a hands-on approach.

“What some businesses need today is for the owners to actually work in their own companies. I’m here every day. I totally enjoy working, and that’s something my father taught me when I was young, how to enjoy what you do. People ask me why I work all of the time, and I tell them I honestly like to work. I enjoy taking care of my customers. And I watched my father work and enjoy what he did, so he taught me that at a young age. And I have a wonderful wife who is supportive and one son who lives out of state and one who works with us now.”