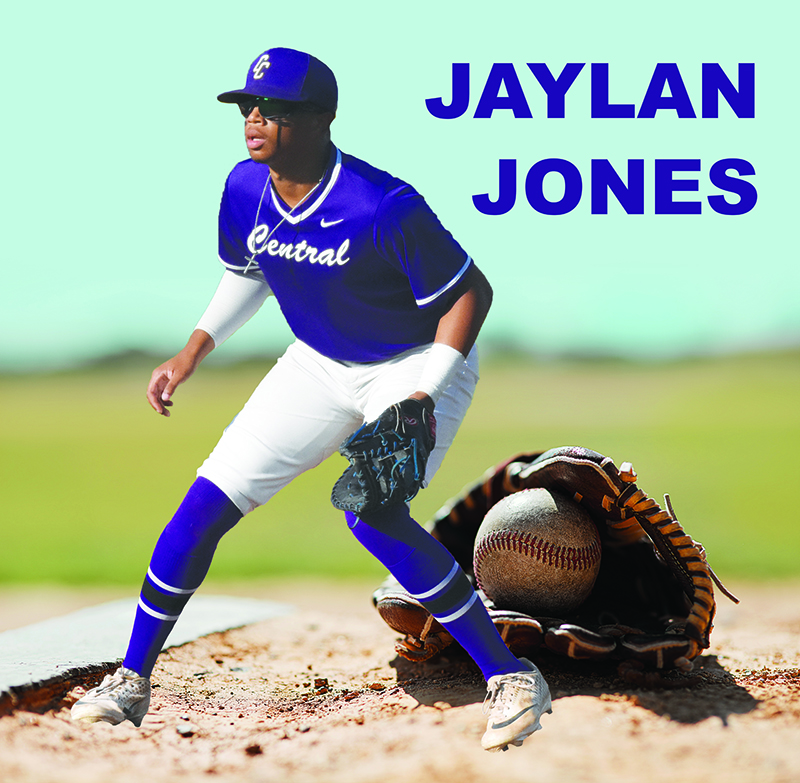 Cleveland Central High School graduate Jaylan Jones has been having a special run over the last several months.

He signed to play college baseball with Tuskegee University in November. In his senior year at Cleveland Central High School this past spring, he played a key role in the Wolves advancing past the first round of the 5A State Baseball Playoffs for the first time in team history.

Last month, the 18-year-old incoming freshman at Tuskegee University received some more good news as he found out he was selected to play for the Williamsport Crosscutters at Williamsport, Pa. in the Major League Baseball Draft League for the summer of 2022. The MLB Draft League is a summer baseball league for draft eligible college ball players that allows them to showcase their talent over the course of a 68-game season. The league, created by MLB and Prep Baseball Report, is currently in its first year of existence. In this year’s MLB Draft, a total of 39 players that competed in the league were drafted. The Crosscutters had the most draft picks with eight. The Crosscutters were members of the Class A New Short Season New York-Penn League before MLB reorganized the minor leagues after 2020.

Jones, who played first base at Cleveland Central this past year, will be playing shortstop at Tuskegee University.

Jones recalled how he was selected for the league.

“My college coach connected me with an agent out of California,” said Jones. “We just got in contact with each other and started talking about getting in the draft league. When my coach was putting out the incoming freshmen, he was putting my name out there. My videos caught their attention, and they selected me for it.”

Jones was overwhelmed when he heard the news he was selected for the draft league.

“It was unbelievable because this brings me closer to my dream,” said Jones. “I can’t put into words how gratifying this is, because I’ve been working so hard. Everything is happening slowly but surely right now. Once I go there, I have the potential to get drafted. It’s unbelievable.”

Even though his freshman year at the University of Tuskegee hasn’t officially started, Jones felt the coaches at the school have treated him very well from the beginning.

“I committed to them on July 11 last year,” said Jones. “Before then, our talks weren’t just about baseball. They were about life experiences and everything like that within the game. They were fully invested in me and kept their promises to me. Now, they’re putting my name out there for MLB scouts. They’ve just been a huge support and a huge factor in a lot of things that are happening for me right now in baseball.”

Tuskegee University Head Baseball Coach Reginald Hollins felt Jones has many of the intangibles needed to have a positive impact on the program.

“He brings leadership, fun energy, work ethic, high baseball IQ , and academic loyalty to our program,” said Hollins. “Jaylan is the kind of kid every coach loves to have in the program.”

Hollins was also impressed with Jones’ overall skills on the field.

“Jaylan is extremely balanced on the offensive and defensive side,” said Hollins. “He shows really good actions in the field and has good feet, good hands and a good arm. At the plate, he understands his approach and what he wants to accomplish. That mindset will help us with offensive production.”

Hollins, who has been the head baseball coach at Tuskegee for five years, said Jones being selected for the MLB Draft League is quite an honor.

“Jaylan getting the opportunity to be a part of the MLB Draft League definitely increases his exposure to scouts but most importantly opens the doors for the rest of the guys on our roster,” said Hollins.

Jones felt his faith and hard work have been crucial for him in his development as a baseball player.

“It’s just perseverance and putting God first,” said Jones. “There’s a lot of ups and downs in baseball. The game gets harder as you grow up and get to a higher level. It’s persevering through everything and going out everyday and fighting.”