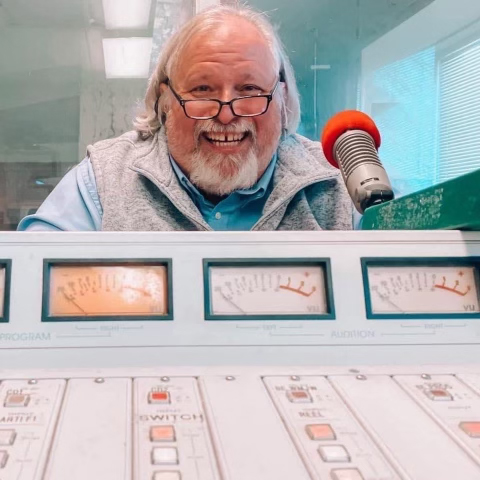 Keeping the radio on

As owner of Radio Cleveland Incorporated, or R.C.I. Delta–the largest locally-owned media/broadcast group in the Mississippi Delta–Kevin Cox has seen a number of changes in his field. Such would be expected from a man who started as an overnight jock in 1982 when he was still a student at Delta State University.

The broadcasting company was founded in 1957 by a group of local businessmen, led by George Shurten, and has grown from one AM radio station to include that first one to four FM stations located in Bolivar and Coahoma Counties which serve the surrounding areas.

“We have always taken great pride in the fact that the people who own and run these stations are Delta residents,” said Cox. “In an industry that has undergone so much change, it’s truly rare to have owners and employees who are all Delta natives.”

“I got bitten by the radio bug early on,” reminisced Cox. “I had actually started working in radio with a competing station initially. But then, WCLD station manager, Larry Wade, let my mother–who was helping him coach my little brother’s soccer team–know that he needed a warm body at the station and that’s how I got my first job at R.C.I. After I graduated from Delta State, I eschewed the family tradition of law and began working at a number of radio stations throughout the Delta, honing my skills and learning the trade from all angles.”

Cox returned to Cleveland in 1991, however, when Shurten decided to retire. “My business partner then came in and took over the operations as owners,” he said. “Then, in 2001, my partner and I and George Shurten’s son, Greg, bought out the remaining stockholders, so it was just the three of us until 2020 when I bought out those two. That’s where I am today–sole owner. And, very proud and honored of that fact.”

R.C.I.’ Delta’s formats and stations are Magic 107.5, WMJW, which is country; Jammin’ 104, an Urban format; Power 106.5 in Clarksdale, is also Urban and then the group simulcasts the original 1490 AM, WCLD, and 96.5 FM in Clarksdale as Rejoice with a Black Gospel format.

But, nobody listens to radio anymore, right? Cox laughed.

“Well, right. Television supposedly killed us off years ago,” he laughed. “We’ve been very successful though and we haven’t sold out to the corporate folks. Of course, you have to adapt–it’s absolutely necessary. We stream online, which we recently started, as one example, and we have apps, Alexa, Amazon, etc. But, we also have to be better and more creative in our marketing and give people a reason to tune us in. Plus, the consumer is in charge these days when it comes to any media choice, not just radio–we have to be where the consumer is and cater to what they want.”

Plus, Cox said, the company has also grown and evolved to offer social media and digital options to their clients.

“These are offshoots of things we’ve had to do in our own businesses to stay strong,” he noted.

“We are part of the communities we serve and are right there in the middle of things, whether doing remotes or running Public Service Announcements,” he said. “There’s a reciprocity in helping the Delta grow because, of course, we grow along with it. And we have an FCC license to operate where we do–we’re not going anywhere.”

As to the highlight of his long radio career, Cox said it’s happening right now.

“I’m at the pinnacle today,” he said. “I turn 59 this year and I feel like all of my career has led me to the present moment and I’m making the most of it. But, that’s about me. The ‘secret,’ if you will, of R.C.I’s success is our people. Everybody says that, of course, but it’s so very true with our company. I’m referring to employees who grew up here in Cleveland and the Delta and chose to remain and work with us. We are so blessed with the talent we’ve had and still have, talents who could work anywhere they wanted but stay at home.”