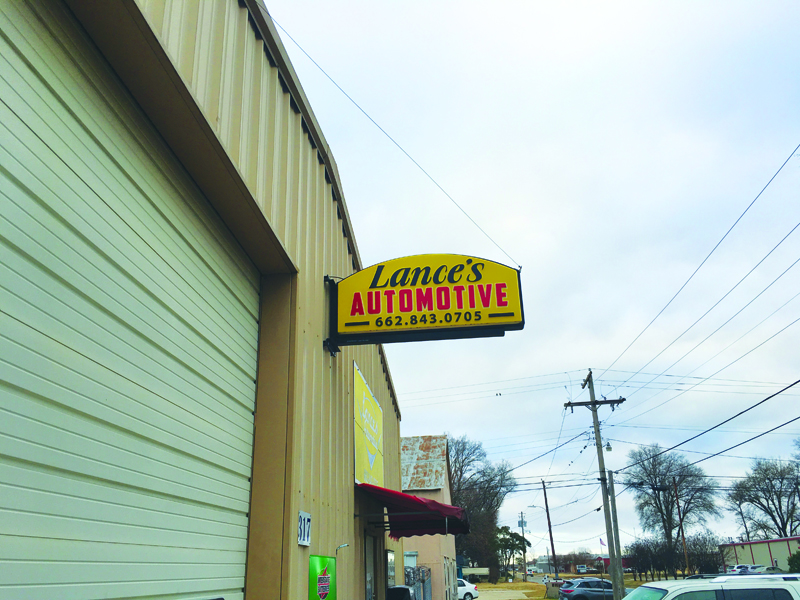 Serving Cleveland and beyond

As an Inverness youngster, Michael Aycock watched his father, Norman, make repairs to the family car in their driveway. When he hit junior high, the teen found he was pretty good with a wrench and restored a 1968 Ford Mustang. The oldest Aycock sibling had motor oil in his veins. A summer job working for the late Ramey Tinnin in his Belzoni Ford dealership got him started on his journey as a mechanic.

“Daddy piddled with his farm equipment, and I remember him doing brakes and such in the driveway,” said Michael. “I don’t know what hooked me as a mechanic. I think it was the taking things apart and putting them back together again — a bicycle, a go-cart or whatever.”

These days, the former dealership mechanic runs Lance’s Automotive. The Inverness native bought the business when Greg Jackson took a full-time job with the fire department.

“His passion was the fire department,” said Aycock. “He was making good money as a mechanic, but that wasn’t where his passion was.”

Aycock attended MDJC for three years and then a year at Jones County Junior College to finish up.

“I thought I was done with school (after graduating from Indianola Academy), and I got out in the real world and started working as a mechanic and found out I didn’t know near what I thought I did,” he said. “I went to college after that: a year of diesel mechanic and a year of automotive mechanic, then two years of automotive machinist after that. So, I got four years of college in.”

These days, Michael and wife, Gena, run Lance’s — Michael works the shop and Gena oversees the front office. The business is open Monday through Friday from 8:00 a.m. to 5:00 p.m. It was a family connection that brought him to town.

“My youngest brother, Keith, had lived up here 12 or 13 or maybe more years,” he said. “He called me and told about the shop. My youngest child was graduating in May, and he had shut the shop down in April. My wife and I had been talking about moving back this way to get closer to our parents.”

Two weeks later, Aycock was turning wrenches in his new business, back home in the Delta. Jackson had already thanked his customers for a lifetime of business but now was letting them know their repair needs were still in good hands.

“He helped us getting it going again, and it gradually picked back up,” he said. “We try to give customers a ride back home, and we’re trying to keep it family-oriented. We care about our customers.”

Before coming to Cleveland, Aycock worked at dealerships ranging from Belzoni Motors to Jackson-area Watson Ford, Gray Daniels Ford, and Tom Wimberly, where he was the head Jeep Tech. He also garnered import car knowledge from Graves and Stoddard in Flowood.

“I try to work on everything I can,” he said. “I’ve got the latest technology. The next step for me will be to get into Flash Programming automotive computers.”

And it was his passion for “taking things apart” that also led him into dirt-track racing. Aycock has competed in Greenville and built cars for himself and his sons to race. His father, was part of the pit crew and at 58 actually raced one of his son’s cars for the first time. Michael currently has five cars for dirt-track racing.

“When you’re a teenager you want to go fast, whether it’s a bicycle or whatever. I got started in racing when I was working in Indianola for Ricky Boyle at Boyle Auto Parts,” he said. “He took me to a dirt track race in Pearl. He gave me a car, and me and daddy built a roll cage for it, and we started racing.”

The Aycocks have three kids: Owen, Michael Jeffrey, and Lauren.

And, now that’s he’s back in the Delta, Aycock may be looking for that old Mustang that got him driving the path to becoming a mechanic.

“I wish I could find that car. I sold it to a guy in Greenville,” he said.