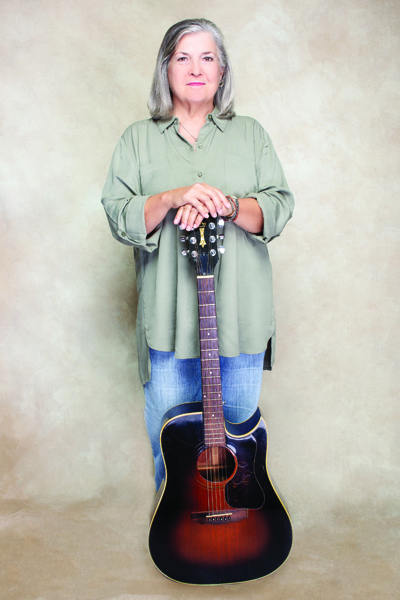 Former Director of the Delta Music Institute at Delta State and noted musician, Tricia Walker, is excited about a new partnership she has established with the City of Cleveland that she believes will put a song in everyone’s heart–and more money in the bank for local businesses and the community as a whole–all the while supporting local musicians and promoting the value of music.

“I retired from Delta State last year and have been thinking about ways to engage our local musical community with the city ever since,” said Walker. “Towards that end, I put together a proposal and actually presented it to the Mayor and the Board of Aldermen about three months ago and got the green light. I guess now I can be considered a sort of ‘musical consultant’ for the city,” she laughed.

“The proposal was to assemble a roster of local musicians who play various genres of music under the big umbrella of ‘Americana’ or ‘roots’ music,” Walker went on. “‘Roots’ being ironic in the sense that so much of the Delta relies on farming, of course. The music to be presented and played will include blues, of course, but also country, bluegrass, folk, R&B/soul, singer-songwriter, gospel, ragtime–music that has developed here in the country. I just wanted to present and focus on more indigenous music and artists for this project which is called the Deep Roots Music Initiative.

It would be a small group of local musicians initially,” said Walker, “and we will rotate on a regular basis around the community presenting live music. I lived and worked in Nashville for a time and saw some similar models done while there–that’s what I want to replicate here in Cleveland but on a smaller scale, of course.”

Walker said she’s been doing a lot of behind-the-scenes work to get the project going and then, of course, the COVID outbreak postponed its initial start.

“I’ve already selected about six or seven artists to start, musicians I have known for years that I call ‘weekend warrior’ musicians, who play as a hobby or on a part-time basis–music is not their full time career,” she explains. “There is so much talent here in town and I think one positive thing that may have come out of this pandemic is what I’m seeing as a re-focusing on communities and making life better on a local level–in a number of ways–like through live music,” she says.

Why did Walker approach the city with the idea and not a local business or individual donor?

“That’s a good question,” she laughs. “I felt like my project was more in line with what the city is already involved in and with, such as tourism, economic development, the work of the Chamber and so forth. And, frankly, another part of my thinking behind the project is to demonstrate to the business community and individuals here just how much music can bring to the table when it comes to economic development–it’s entertainment but it can also be a financial draw. I went to the city because I think this is a larger community effort and our leaders here understand that because that’s their daily work: helping the whole city and not just certain segments here and there. I call it a ‘partnership’ with the City of Cleveland,” said Walker.

Walker, who also owns and runs her own company, Big Front Porch Productions, said that the new project is actually going to be run through the company, using best practices in the entertainment field that she has learned and utilized over her many years in the music industry.

“We are initially going to try things out for a year,” said Walker, “starting out only in Cleveland but, perhaps later, marketing out into other Delta communities, as well. There’s no doubt this will grow but I want it to be manageable growth–that’s very important to me and to the whole Deep Roots Music Initiative effort. Right now, on paper, we’re aiming to provide music two nights a week and rotate the genres. If we’re successful, we’ll add to that number.

“This will be much more than just a bunch of musicians playing together for kicks,” Walker promises, noting that the players will be paid. “As we develop, tourists will come here to take part and I have no doubt that economic growth will be the result. Plus, let’s be honest: the creative community here, and all over the world, has done much for all of our mental health over the past several months,” Walker adds, “and they will continue to help us all heal and feel better with their talents here in Cleveland through Deep Roots Music Initiative.”