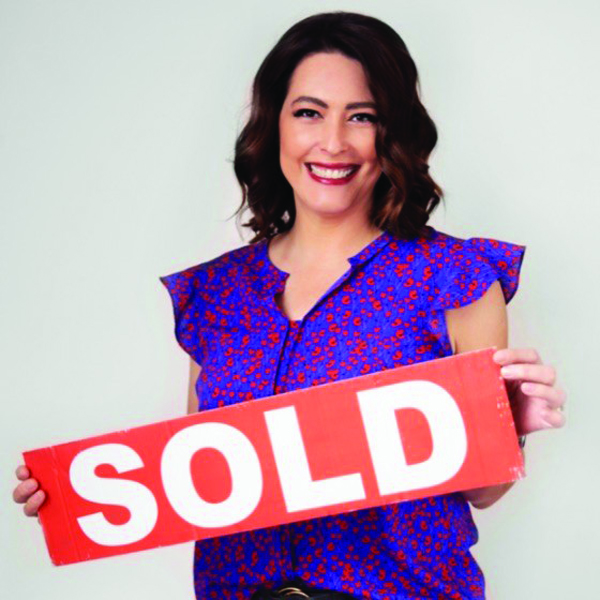 In a year during which almost every major industry or business field suffered greatly, saw major losses or closed altogether and high unemployment hit record numbers, the local residential real estate business/market has been surprisingly strong.

The reasons range from economic–unusually low interest rates–to psychological–the need to make a change or move during a stressful time. Whatever the particular individual case, Bolivar County realtors were more than prepared and happy to assist their clients.

Debbie Davis, in real estate since 2010 and head of her own company since early 2015, serves Bolivar County and part of Sunflower County.

“It’s truly been an incredible year for us and, from what I’ve gathered, for all of the brokers in the area,” she said. “The summer was extremely busy and the whole year will go down as one of the best I’ve seen since I started my career. We’ve seen an influx of new people moving into the Cleveland area–a large number from out of state, actually–which has certainly benefited us all, as well as a higher number of new home buyers and, of course, those who wanted to expand and get into a larger house. All of these factors have played into this being such a great year and COVID really has not had an impact on the market at all–at least not here.”

Regarding her work, Davis–like all real estate agents–takes a lot of joy in dealing with her clients.

“I especially appreciate working with first-time buyers,” said Davis. “It’s always exciting to see them make that big step–it’s both a pleasure and an honor. And, the fact that I’ve had more new buyers this year has been satisfying for me professionally.”

All of the agencies in the area need homes to sell.

“If anyone is thinking of selling or sitting on the fence, we can conduct a free market analysis and, after the listing, take care of all the details up to closing,” said Davis. “We’ve all been so busy this year, but we need to sustain activity until the end of the year and I’m sure a lot of people are thinking about making a move, so I urge them to contact a realtor. This is a competitive market, of course, but we all work together and cooperate and coordinate together in order to help the client. We depend on each other but we’re friendly competitors!”

Lynn Pace said her company, which she started in 1989, has been busy with sales and appraisal work this year.

According to Pace,  prices have also held, too.

“Cleveland has never really experienced a downturn since I’ve been in the business–not during the ‘08/’09 recession and not now during COVID,” said Pace. “Low interest rates are so low right now that I would surmise that some people are thinking they better act now and act fast before any changes take place. People do not always tell you their motivation to buy or sell, but that’s my take on it. There’s also been a tremendous amount of refinancing due to the low interest rates.”

Pace went on to say that her business this year has run the gamut in that some people are buying larger homes and others downsizing.

“I’m not noticing as much intra-Delta moving, of people coming into Cleveland, as I used to see,” she said. “We used to also have a fairly large amount of retirees moving back or to Cleveland and that’s basically stopped since COVID. I think the retirees are just too scared to relocate and want to stay in place.”

Henry Mosco, a longtime fixture in the Cleveland real estate scene, has shifted most of his company’s emphasis to farmland, recreational property such as timber and hunting land and commercial property, but still handles some residential properties, including rentals. “Commercial sales were slower when COVID came to the scene in March and, of course, it’s been a difficult year for many of our current commercial renters,” said Mosco. “But, we, and they, have thankfully rebounded after just a few tough months at the beginning. Our residential rental units are always easy to lease and we haven’t any problems with collecting rent, late rent or evictions as so many owners have had on the national level. We even have a number of renters who have been in their homes for years.”

And, there’s a new entry into the Cleveland/Delta real estate arena, Tom Smith Land and Homes, MS Delta. Led by Managing Broker, Tracey Bell and Land Specialist, Charlie Heinsz–both Cleveland natives–the company will hold their grand opening on Thursday, October 22, from 11:00 a.m. to 1:00 p.m. at their office on 216 N. Crisman Avenue in Cleveland. The home office of the company is based in Madison.

“We got things off the ground and finalized over the summer, opening just recently,” said Bell. “TSLH, MS Delta can handle any and all things dealing with real estate, from residential to commercial property, and from farmland and hunting clubs to land and recreation. We’re excited to be opening this particular office to serve clients in the Mississippi Delta. I had been in residential real estate for many years but always wanted to do more, honestly. Opening TSLH here in Cleveland will allow me, and Charlie, to branch out into just about any area of real estate. The company has an outstanding reputation and we have no doubt that we’ll be successful in the Delta. When I picked up the phone and called Tom to even bring up the idea of a branch office he told me he had actually always wanted to have a location in the Delta so the timing was perfect.”

The new company has a Facebook page, Tom Smith Land and Homes, MS Delta and their website is www.tomsmithlandandhomes.com.

Broker Libbi Logan is a co-owner of Partnership Properties in Cleveland and has been involved in Bolivar County residential real estate for many years. She, too, said this year has been very good for her company and that sales have been “brisk.”

“Interest rates have played the biggest role and we’re seeing really strong value right now,” said Logan. “I’ve been pleased to see a number of factors at play, like young families that are growing and need bigger houses. And, just over the past couple of weeks I’ve sold four houses to new people moving into the Cleveland area and I’m currently working with two more. It’s very encouraging to see. New buyers are coming into town to work at USDA, Baxter, Quality Steel, Delta State and other businesses here. To me, that’s also an indicator of our economy being strong. And, it’s also been interesting in 2020 because normally a presidential election year is a terrible time for the real estate market but, with this campaign season, I think we all know what we’re getting with either candidate so it’s not having any measurable effect.”

Logan said the only obstacle facing the real estate market right now is low inventory “and that’s a national trend. But, it’s a great time for both the sellers and the buyers while interest rates are so low. And the COVID pandemic slowed down the underwriting process and closing times due to the banks and lenders having to adjust so radically to the situation. But, other than those two issues, this year has been incredibly strong.”