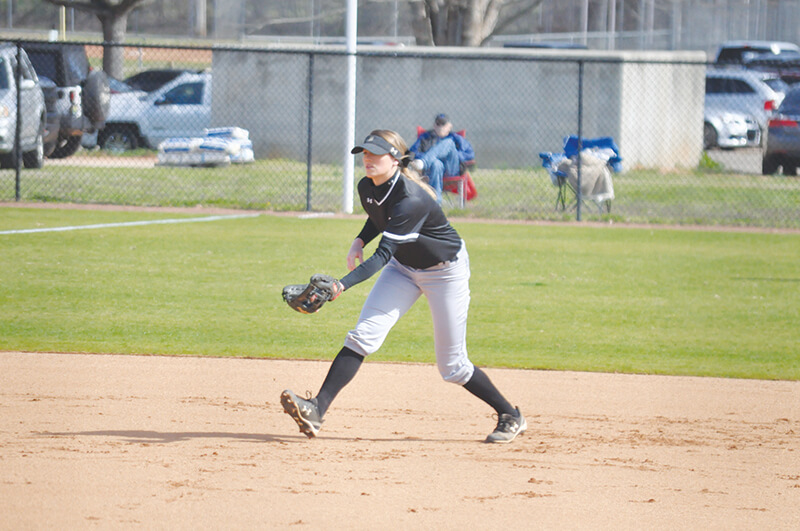 Former Bayou standout leads by example on and off the field.

She’s been a starter all three years for the softball team. This past season, she posted a career high batting average (.262) and was second on the team in hits (16). To go with her play, Lofton’s leadership on the team has been invaluable. In the classroom, Lofton, who is majoring in Dietetics, has a 3.72 grade-point average.

Her overall contributions to the team didn’t go unnoticed as she earned the Lady Statesmen Award for the softball program on May 7 during the school’s Green and White Awards Ceremony. The award ceremony had a virtual presentation due to the COVID-19 pandemic. The award is voted on by the team and the coaching staff.

Lady Statesmen head softball coach Casey Charles said there was no player more deserving of the award than Lofton.

“The idea is that it goes to the person that completely represents your program on the field, in the classroom and in the community,” said Charles. “You’re talking about a person of great character, good grades and selfless in their service. She’s kind of the face of the program in my opinion. She’s the first one there. She’s the hardest worker and will do anything you ask. She will drop what she’s doing to help you. The younger players absolutely look up to her. She’s certainly deserving of that award. She was very humble to get it. It’s also a big deal to win it as a junior. For her to get it as a junior is a true testament to her great character. I’m so happy she’s part of our program.”

“It’s good to know that my teammates look up to me,” said Lofton. “I’m appreciative that they respect me.”

Lofton had to be a leader for the Lady Statesmen during a difficult season as they went 7-15 and had their year end early due to the pandemic. The play of Lofton improved as the year progressed. After starting the year 1-for-16 in her first five games, she went 15-for-45 over her last 17 games to close out the year. She committed just six errors in the field at shortstop. She had been playing second base the previous two years.

Lofton felt the position change was key in her improvement.

“I moved back to shortstop, and it just felt natural in the field,” said Lofton. “Hitting wise, I just felt like I stopped putting so much pressure on myself and started relaxing and playing the game like I know I can.”

The 21-year-old recalled the day she first got the news of the pandemic and what was going through her mind when the coach informed the team they had to stop everything.

“It was really upsetting,” said Lofton. “There was a lot of confusion going on. We actually ended up practicing a normal day.  We were getting ready to go to West Alabama. It was unreal and confusing at the time. We didn’t know what to expect. We thought we would be back in a few weeks. It’s been really been kind of odd sitting at home this time of year when we’re normally always on the road and always going. It’s just not been normal.”

One of the biggest things Lofton has had to get used to is wrapping up her academic year without practice and games to think about.

“When you go to practice everyday and come home and study that’s your routine,” said Lofton. “Whenever I’m sitting at home with my sisters, it’s kind of a distraction because you want your time with them and not want to do your school work. You really have to make sure you buckle down and focus.”

Students at DSU have had to finish their studies online. Lofton said being able to meet her teacher face to face is something she misses about going to class.

The biggest silver lining that has come out of the pandemic for Lofton is being able to get an extra year of eligibility, which gives her two more years with the program. Lofton said she plans to use the extra year to add a minor to go with her major. Her minor will be in coaching.