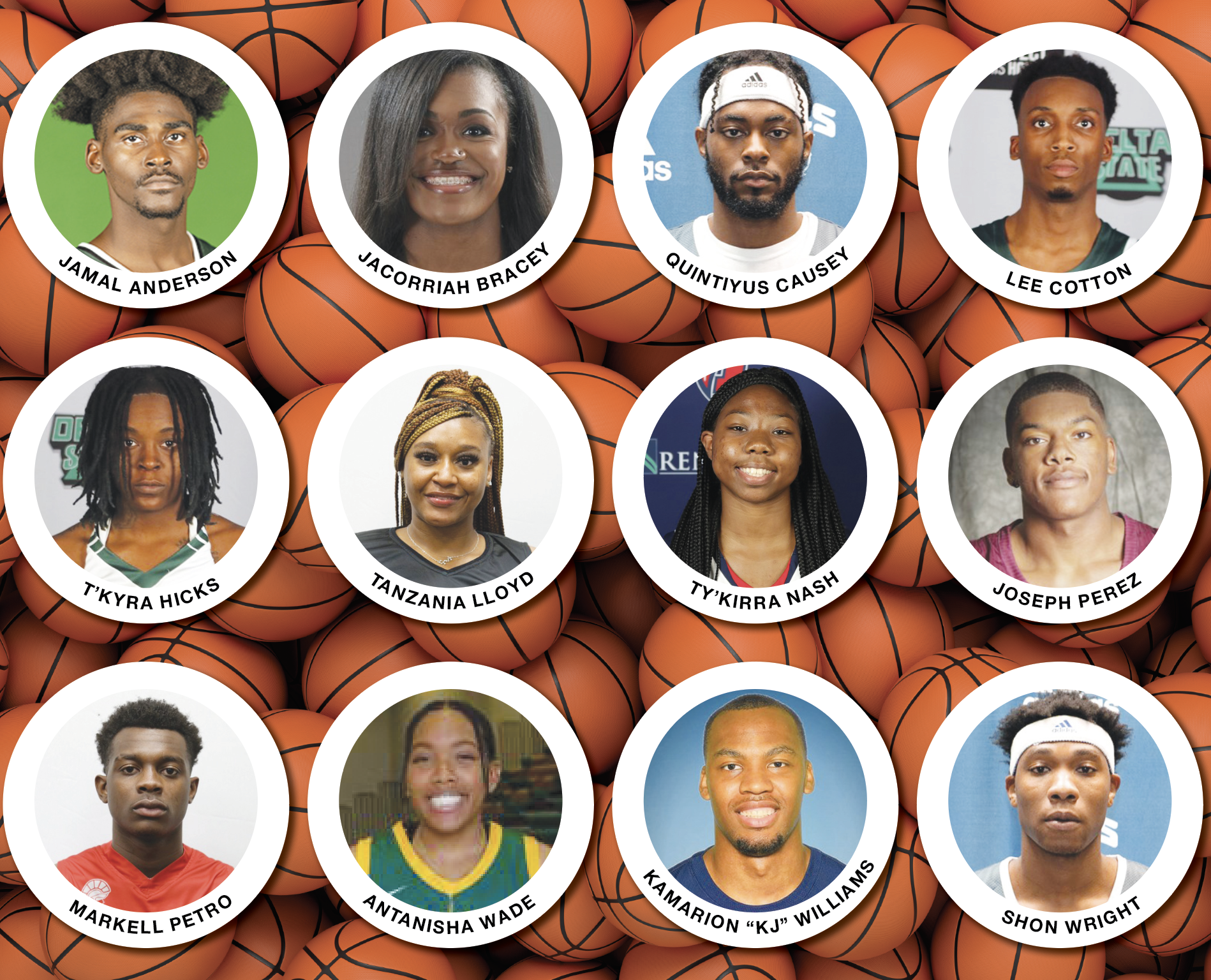 The local coverage area has had some great high school teams which have produced some great players that have gone on to play college basketball.

In this area alone, there are a confirmed 12 basketball players that were spread out all over playing in universities and junior colleges. The young athletes playing college basketball speaks volumes about the sport in the area.

Anderson went to high school at Cleveland Central and graduated in 2021. Anderson averaged 5.8 points and 3.5 rebounds per game in 28 games for the Meridian Community College Eagles as a freshman guard this year.  The Eagles went 22-7 and went to the Championship game of the Region XXIII Men’s Basketball Tournament.

Bracey graduated from Thomas E. Edwards Sr. High School in 2020. She is in her second year on the NCAA Division I level at Ole Miss. Bracey, a sophomore guard, has played in 22 games with one start this year. She is averaging 1.5 points and one rebound per game. Ole Miss was 23-8 as they earned their first berth in the NCAA Division I Women’s Basketball Tournament since 2007. For her career, Bracey has averaged 2.4 points and 1.3 rebounds per game in 46 games. Ole Miss will play South Dakota in the first round of the tournament on Friday (Mar. 18) in Waco, Texas at 12:30 p.m. The game will be on ESPN 2.

Causey graduated from Cleveland Central High School in 2018. Causey, a junior guard, had a solid year for the Mississippi University for Women Owls as he averaged 7.6 points, 1.6 rebounds and 1.5 assists per game in 17 contests with 10 starts. Causey was second on the team in 3-pointers made (20). He is in his second year with the Owls after transferring from William Penn University where he was on the team for two seasons.

Cotton graduated from Cleveland Central High School in 2019. Cotton, a sophomore guard, had a solid year for the Delta State University Statesmen as he averaged 11.1 points and 5.6 rebounds a game while starting in all of the team’s 27 games this season. He played a key role in the Statesmen advancing to the Gulf South Conference Men’s Basketball Tournament. Cotton, who is in his second year at DSU and third year playing college ball as he started his career at East Central Community College, had the best year statistically of his collegiate career.

Hicks graduated from Ray Brooks in 2017. Hicks, a senior guard, wrapped up her career at Delta State with a solid season as she scored 11.5 points, pulled down 3.8 rebounds and dished out 1.8 assists per game. Her effort helped lead the Lady Statesmen to the semifinals of the Gulf South Conference Women’s Basketball Tournament. She was also a member of the 2019-20 team that 23-7 and earned a berth into the NCAA Division II South Region Tournament. The tournament was cancelled due to COVID-19. In her DSU career, she scored 591 points and pulled down 216 rebounds in 70 games for averages of 8.4 points and 3.1 rebounds per game. Before coming to DSU, she played two years at Copiah-Lincoln Community College where she scored 562 points in 54 games for an average of 10.4 points per contest. For her collegiate career, she scored 1,153 points and pulled down 430 rebounds in 124 total games.

Nash graduated from Thomas E. Edwards Sr. High School in 2020. Nash, a sophomore guard, has suited up for the Itawamba Community College Lady Indians the past two seasons and has played in 11 games.

Perez graduated from Thomas E. Edwards Sr. High School in 2020. The sophomore forward had a productive year for the Coahoma Community College Tigers as he averaged 6.8 points and 4.2 rebounds per game in 23 contests. He dished out 39 assists and turned the ball over just 24 times.This year was his second season at CCC.

Petro graduated from West Bolivar in 2019. Petro, a sophomore guard, played in 20 games this past year for the Mississippi Delta Community College Trojans and averaged 3.9 points and 2.6 rebounds per game.

Wade graduated from Cleveland Central High School in 2019. Wade, a junior forward, averaged 5.1 points and 2.7 rebounds per game in 28 contests for Philander Smith College in Little Rock, Ark. Her production aided the team in its 24-6 campaign. Wade transferred to Philander Smith after having a solid two-year career at Mississippi Delta Community College where she averaged 12.2  points and 4.8 rebounds per game in 38 career games at forward.

Williams graduated from Cleveland Central High School in 2018. Williams has become one of the top players in the history of Murray State University at Murray, KY. This year, Williams earned Ohio Valley Conference Player of the Year as he led the OVC in points per game (18.2 ppg.) and was second in rebounding (8.6 rpg.). His production has been key in MSU going 30-2 and winning the OVC Championship to earn a spot in the NCAA Division I Men’s Basketball Tournament. For his career, he is the third player in MSU history to have at least 1,500 points and 800 rebounds in his career as he has scored 1,637 points with 878 rebounds in 122 games for career averages of 13.4 points and 7.2 rebounds per contest. The MSU Racers will take on the San Francisco Dons in the first round of the NCAA Division I Tournament on Thursday (Mar. 17). The game will be televised on CBS at 8:30 p.m.

Wright graduated from McEvans, then known as Shaw High School, in 2017. Wright had a good year for the Mississippi University of Women. The junior guard averaged 7.6 points and 4.9 rebounds per game in 17 contests with eight starts. Wright led the team in steals (17) and 3-pointers made (23).