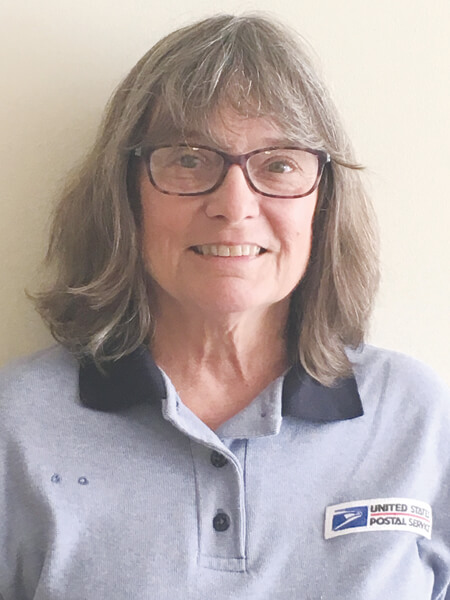 Having started as clerk in the Merigold post office in 1988, working only three hours every Saturday, Greenville-native Ramona Sanders retired on July 31. In the intervening years, she became a beloved fixture in the community and one of Bolivar County’s most dedicated public employees.

“I spent ten years working part-time in our post office, occasionally relieving our Postmaster at the time when she needed time off, before I was named Postmaster myself in 1998 until 2015,” said Sanders. “When hours were cut at our office in 2015, I was no longer technically considered a ‘Postmaster’ even though I oversaw and ran the entire operation. But, from then on it was my full career and I loved every minute of it,” said Sanders.

Sanders said she decided it was time to leave the work she cherished because it just felt right.

“I’m 69 years old and, honestly, just decided it was time to enjoy the farm my husband. We have horses, several dogs, chickens and I love to fish at a second home we have behind the levee at Donaldson Point. Of course, I’ll miss seeing my friends and customers all the time like I had been accustomed to. But, I’ll still have to go get my own mail so, hopefully, I’ll be seeing them then” she said.

The old adage about not having “rain, sleet or snow” close down the Postal Service is very true, said Sanders. “We never shut down during our regular hours. Of course, it was just me and our carrier, but we always were there making sure the mail went out and that customers could get in whatever the weather was like. Even during the great ice storm of ‘94, I recall walking to work to open up the doors. And if the lights ever went out during bad weather or for an extended period of time, we’d simply break out a Coleman’s propane light or wear a helmet with a light on it so that we could see how to do the sorting,” Sanders laughs.

With 32 years of service handling mail and packages, Sanders says she dealt with more than a couple of unusual requests.

“I remember one Christmas, we actually packaged and mailed a children’s-sized bicycle. Live earthworms coming through the mail were fairly common. I also remember receiving a call one morning from a customer asking if her baby chickens had arrived yet! Baby chicks could actually be shipped in the mail in boxes with tiny holes in them and containing little nutrition packets inside that they could live on for a day or two. The only time I recall ever failing to be able to ship a package was when one customer brought in a model airplane to mail: we tried every way we could to box it properly without any damage, but ended up having to ship it by bus.”

Last month, Sanders had let just a few people know of her decision to retire, but word got out quickly–and her many customers and friends in Merigold had a surprise in store for her.

“My last week on the job there were homemade signs in peoples’ yards all over Merigold and up and down Hwy. 61 that read ‘Best Wishes’ and ‘Thank You, Ramona!’ It was so touching to see. I had to take pictures of all of them just so I could keep and treasure. I call all of these great friends and neighbors my ‘folks’. I’ve waited on them and worked for them for so many years and a part of me is really going to miss the job and being able to help them.

“But,” she quickly adds, “I’m also very excited about getting to spend more time at the barn with my animals!”