Milestone wins feather in the cap of veteran coach 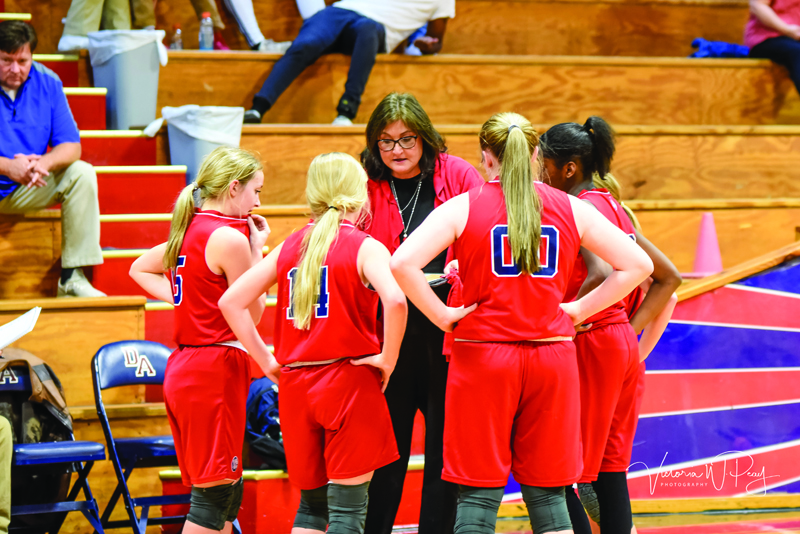 Her most recent stop before coming to North Sunflower Academy was at Mississippi Delta Community College where she served as assistant women’s basketball coach under then head coach Burnadette McDonald in the 2018-19 season.

“It’s pretty neat,” said McCullough about her recent accomplishments. “It’s after I called myself retiring. I worked with Coach McDonald at Mississippi Delta and retired a year and now I’m back.”

The itch to get back into coaching started when NSA Public Relations Director Kristy Kitchings invited her to watch the Lady Rebels play some round ball one day.

“After a couple of games, I thought it might be fun to help them out,” said McCullough. “Coach Todd (Kitchings), NSA’s Athletic Director, and Mrs. (Janet) Ray, NSA’s Headmaster, asked if I would be interested in coming over to coach.”

McCullough accepted and both the junior high and high school teams have been competitive in the early portion of the year under her tutelage.

The veteran coach has embraced the chance to coach the junior varsity Lady Rebels.

“It’s been a long time since I’ve coached junior high,” said McCullough “I enjoy that though because they’re learning exactly what I want them to learn in junior high, so it will carry on into high school. The most rewarding part is seeing the girls improve like they have. These girls have improved so much, it’s just amazing. The most rewarding part of it is watching them improve, and they are improving daily.”

On the high school level, the Lady Rebels have been seeing a different leader every year for the last few seasons as McCullough is NSA’s fifth head coach in five years.

So far this season, the players have really responded to the things McCullough has implemented.

“They’re learning a lot and they’re getting better too,” said McCullough. “They’re a joy to coach. They’re gaining confidence and believing in themselves. That’s going to carry over into their daily lives.”

The COVID-19 pandemic has made life hard for high schools as they’ve had to cancel and postpone games and practices.

McCullough has used this pandemic as a teaching tool.

“I’ve talked with the girls several times, and I truly believe this is a great opportunity to grow our faith,” said McCullough. “We know that nothing passes through this day that has not been through the Lord’s hands. Whether it’s good or bad, the Lord is going to give us the strength to handle what ever situation comes up. It’s about having enough mental toughness and keep working hard. I think the girls understand more and more we’re not guaranteed anything, and we can’t take things for granted.”

To have a career that’s enabled her to win 500 games between high school and junior high combined, McCullough has had a lot of help along the way.

“It’s been a blessing to have the kind of players I’ve had everywhere I’ve been,” said McCullough. “They’ve played hard and it’s just been  a blessing. I’ve had some really talented players that went on and played at the next level. Then also, I’ve had a lot of kids that have just played as hard as they could and just got better. I’d like to think we can get every ounce of ability out of each player that comes through our program. The major thing that we want them to know is we want them to grow into strong, confident, independent young ladies and know that God will give them the strength to do anything they set their mind to do. I’ve been fortunate along the way to have some help with my assistant coaches. I’ve had a lot of coaches that have gone on and become head coaches. That’s always a good thing.”