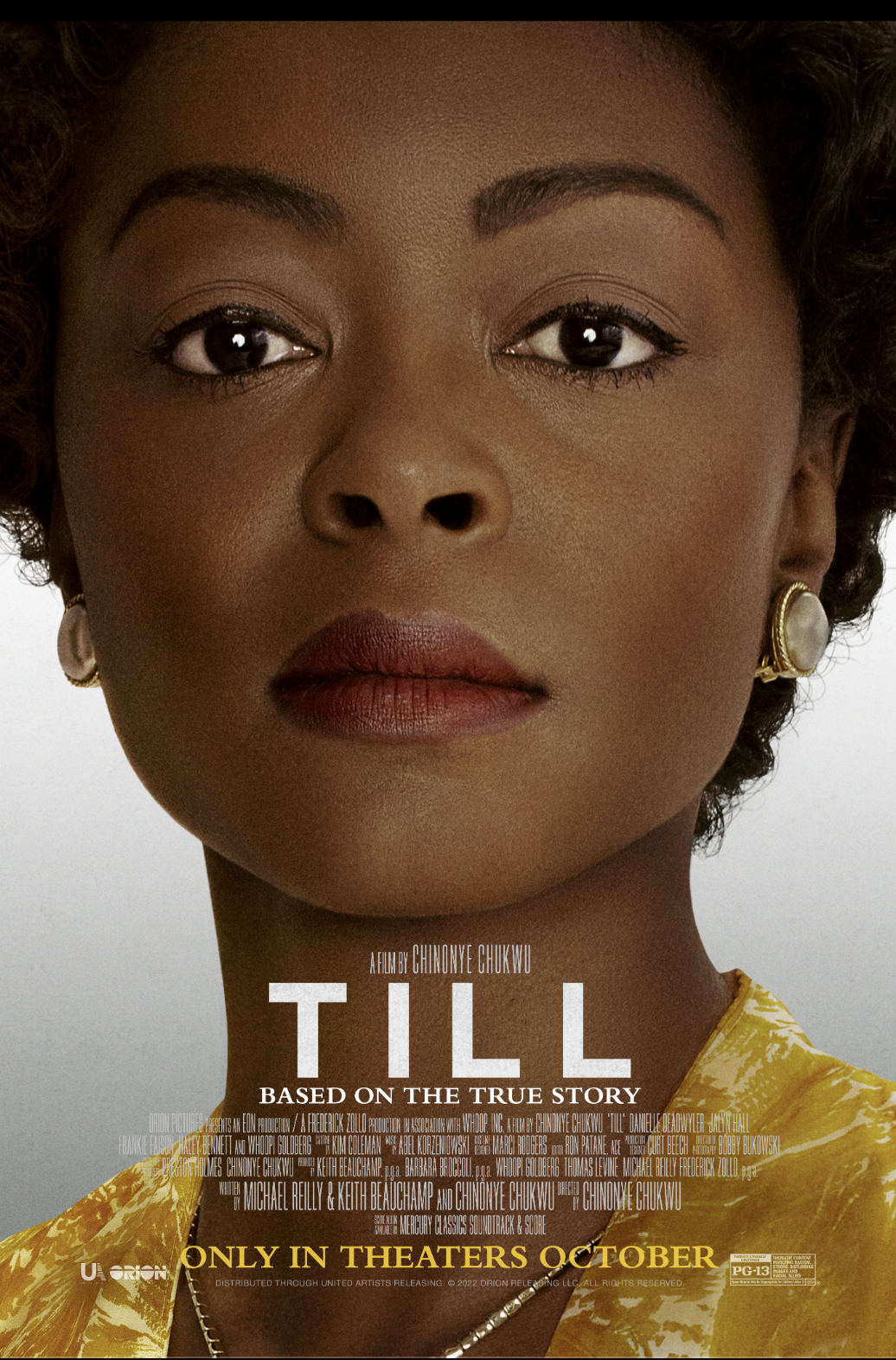 Event was held on October 27

Hundreds of people–including the majority of Mound Bayou’s 1,500 residents–turned out on Thursday, October 27, to watch the movie “Till” about a pivotal figure and moment in Civil Rights history. The feature film goes into wide release across the U.S. after being in limited release since Oct. 14. The screening happened just days after a bronze statue of Emmett Till was unveiled in Greenwood, Mississippi.

“This place, this city, is very sacred to the story of Emmett Till,” said one of the filmmakers on hand, Keith Beauchamp, to the audience gathered in the gymnasium/auditorium of Mound Bayou’s John F. Kennedy High School at the special screening. Free t-shirts were given away at the screening and a panel discussion was held with Beauchamp after the movie was shown.

Beauchamp is one of the producers and co-writers of “Till,” which largely focuses on Mamie Till-Mobley’s reaction to the loss of her only child and her evolution into a civil rights leader and quest for justice of his murder. Her 14-year-old son had traveled from Chicago to Mississippi to visit relatives in August of 1955, and white men kidnapped, tortured and killed him after accusations that he flirted with Carolyn Bryant, a white woman working in a country store. The family of Emmett Till is hoping the release of the movie “Till” will help to further the story of the teen who was murdered in Money, Mississippi back in 1955.

“Viewing the ‘Till’ movie reminded me of my hometown,” said Mound Bayou mayor, Leighton Aldridge. “The community’s spirit of ‘Helping Each  Other’ was on full display. It is an important reflection on where we came from and  is foundational as we focus on our future.

“Focusing on our Future” has been my mantra since taking office and looking at this movie was inspirational to what we can do,” continued Mayor Aldridge. “It reminded us that we learn, re-learn and take it into consideration  as we progress. Overlooked chapters in African American history garnered  a lot of attention in 2021 and the work of the movie producers shared some aspects of life in Mound Bayou that were previously unknown. The City of Mound Bayou came together to help a distraught mother in Chicago with roots in Mississippi,” he said. “In 1955, Mound Bayou was a community with the capacity to understand, empathize and help others and I’m encouraged that this spirit still exists and can be revitalized.

“The ‘Till’ movie unearths AND documents how  a deep south Black community in 1955,  attempted to ‘help others’ with love, protection and support of Mrs. Mamie Till,” added Mayor Aldridge. “Like other  displays of  untold stories, the movie includes some well  known as well as many unknown citizens of the City of Mound Bayou during a nationally recognized trauma collectively and comprehensively helping others.”

“A story that Mamie Till Mobley wanted told back in 1955, is finally going to be told to the world,” said Emmett Till’s cousin, Deborah Watts, who was in attendance along with her daughter.

The biographical film, directed by Chinonye Chukwu, marks the first time the events of the Till family are shown in a fictional film, while still being based on biographical elements and the real people involved. The story has been depicted in media previously in books, plays, and, particularly, in various documentaries, such as “The Untold Story of Emmett Louis Till” in 2005 by Beauchamp, who co-wrote “Till” with Chukwu and Michael Reilly.