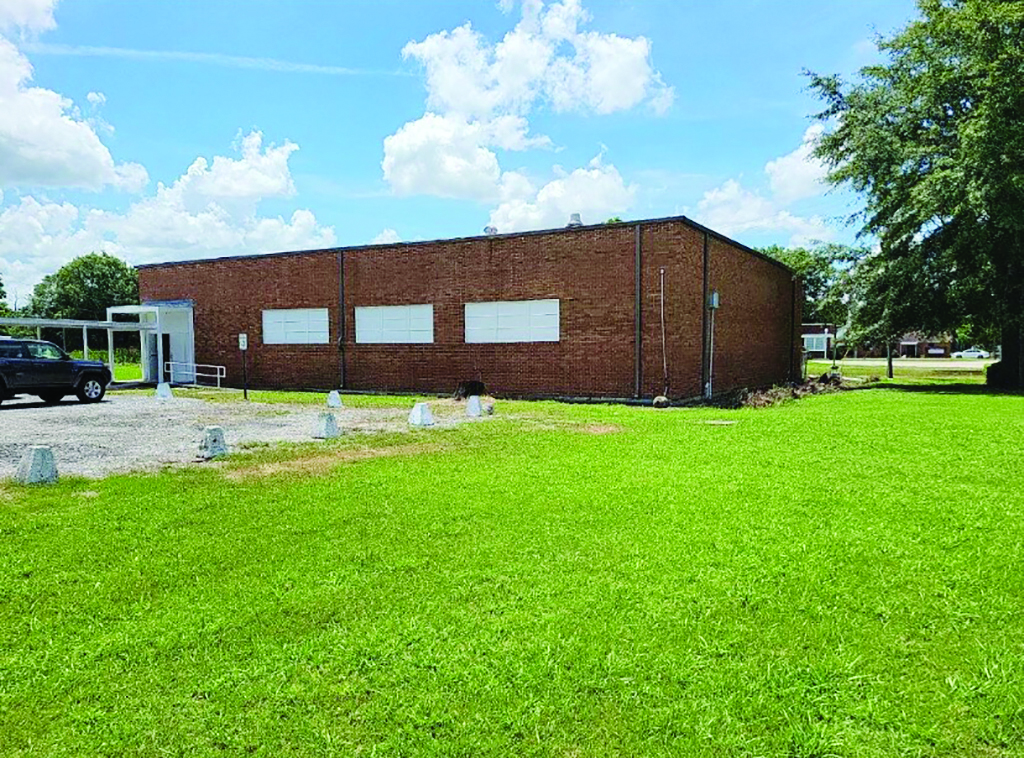 The Mound Bayou Museum Of African-American History will be holding its grand opening/ribbon cutting on Saturday, July 10, from 11:00 a.m. until noon, fulfilling a dream and idea forged long ago by one of the city founders.

Pastor Darryl Johnson, former Mound Bayou mayor and current President of the Mound Bayou Civic Club, said the club has been tasked over the years with organizing the town’s Founder’s Day every July 12. The group took the lead role in bringing the new museum to fruition and, in the process, bringing Pastor Johnson’s role in its founding full circle.

“I am the great-grandson of Ada Simmons, one of the first settlers here, a plantation owner herself and one of the creators of Founder’s Day,” said Johnson. “Both she and her husband were community activists and now, I’m proud to say, their great-grandson is helping launch something I knew they both wanted: the true representation, display and exposure of African-American history.”

Johnson said he believes the proper stories of Black Americans have still yet to be told.

“Even African-Americans themselves don’t know the real narrative, both the good and bad, of our history,” said Johnson. “In the past, our stories were told so negatively–and through such terrible stereotypes to all races–that a negative image was commonly believed even, unfortunately, by our own people. It’s sad and shameful at the same time. So, to me, the opening of this new museum is a calling. We’re doing what God told Joshua to do when he left Egypt: as they crossed the Jordan each tribe was to take a stone and put it in a certain place–and those stones would serve as reminders or memorializations of the past for future generations.”

Johnson said he believes the opening of the museum was ordained by God, “not only for the people of Mound Bayou and Mississippi, but for the entire African-American race.”

The museum, in addition to housing Mound Bayou exhibits and displays, will also house African-American artifacts from all over the country.

“And, not all of these artifacts are pleasant to see,” said Johnson. “They won’t be placed there to anger people but, rather, to educate people as to where a lot of racial animosity comes from in the first place. I think ultimately, though, that it will be a healing place for all people a cathartic experience–I want people to leave the museum with the joy of closure.”

Donations are fueling the opening of the museum, said Johnson, although a $25,000 grant was provided as seed money from Mississippi National Delta Heritage Area.

“I wish I could say we have a huge operational budget, but we don’t. We had to step on faith to get to this point,” he said. “When the John F. Kennedy High School closed we were given the building that had been the band and choir room–it was donated to us. And, how fitting that the museum will be housed in a former school. I remember sitting in that very school. Opening my eighth grade history book excited to read about Mound Bayou–but what happened next truly marked my life. I found ‘Mound Bayou’ in the index, page 192, and when I turned to that page there was one passing reference to my town. And, it had nothing to do with the rich history of the successful Black people who founded this city. It was then and there that I decided to, one day, right that terrible wrong. And now, at the age of 62, I’m doing just that. And people are here at this very moment, coming in from all over the country, to assist us in assembling displays and other African-American works, as well as training people who will be working here as volunteers. The dream is now a reality.”

“We also have put up a website, www.moundbayoumuseum.com, which is just a single page now, but it will grow as we grow,” promised Johnson. “And, it will have all pertinent information on it.”

Future planned events at the museum will include a Medgar Evers exhibit through the assistance of the Myrlie and Medgar Evers Foundation, said Johnson.

“Medgar’s daughter, Reena Evers-Everette has been very helpful to us in working out the arrangements,” said Johnson, who added the Emmet Till traveling exhibit will probably also be coming to the new museum at some point soon.

“The Grand Opening will be part of our weekend Founder’s Day events,” said Johnson. “Which includes some virtual reality displays, tours of Mound Bayou and our 25 historical markers, special guests on hand to speak, including residents who have lived here for over 70 years, Dr. J. Janice Coleman will have a special quilt display, Sade Turnipseed’s KHAFRE, Inc. will have a display from the Cotton Pickers Memorial Museum–and several other displays will be there to see, as well.  Really, there’ll be a kind of church feel to the whole celebration. We hope all Deltans will be able to attend.”

For more information or to make a donation to the museum’s work, call Pastor Darryl Johnson at 662-641-0119.