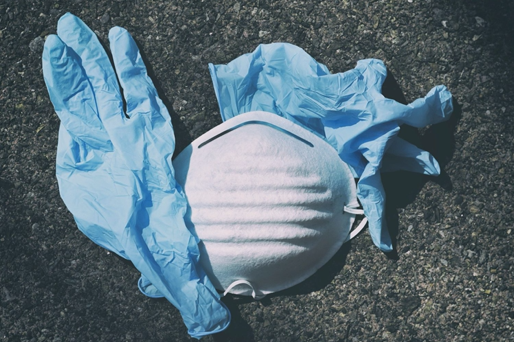 It was designed for the flu, but the coronavirus put it into motion.

More than 10 years ago, Mississippi health and government officials began developing a comprehensive plan in preparation for a pandemic of a novel influenza strain — not a coronavirus strain — for which there is no human immunity, vaccine or treatment.

Commissioned in 2009 by former Gov. Haley Barbour and completed in June 2019, the final 447-page document is serving as a playbook for health experts, emergency management officials and dozens of state government agencies.

“A large number of cases will increase the burden to hospitals and other healthcare infrastructure,” reads the plan, obtained by Mississippi Today. “All areas of the public and private sectors will be adversely affected by a pandemic… The pandemic may last up to 18 months and may occur in multiple waves, with varying morbidity and mortality.”

The plan forecasts a potentially devastating economic outlook: “The economic impact on the state of Mississippi could be in excess of $4.9 billion in a severe pandemic… The flow of critical goods and services provided by vendors, contractors and consultants may be interrupted.”

The pandemic plan, which has been heralded by Gov. Tate Reeves and other officials in recent days, also details chains of command, guides department heads the responsibilities for their agencies and chronicles priorities across the entire state government before, during and after the pandemic.

Though the plan’s workflow considerations have been closely adhered to, health officials have had to scrap much of the plan because of the inherent differences in an influenza pandemic and a coronavirus pandemic.

“With influenza there’s a subset of people who are already immune, but with coronavirus we don’t have any of that. So that’s a bigger challenge,” said State Health Officer Thomas Dobbs, who sat on the committee that developed the pandemic plan. “The social distancing interventions in the plan, for instance, are a lot softer than what we’re doing now. The other piece is we don’t have a lot of the tools in place (for coronavirus), such as pharmaceutical interventions like Tamiflu and (other influenza treatments).”

Several key components of the plan were conceptualized and put on paper but were not tested as of last summer. Some of those untested components include:

• Ensuring the continuity of food supply systems, considering “many of the usual venues for obtaining food, such as school lunch programs, farmers’ markets and grocery stores, may be closed or have very restricted access during periods in which strict community protection measures (e.g., social distancing, sheltering-in-place directives) must be observed.”

• Mitigating the impact of a pandemic on the state’s workers as most agencies are responsible for “how they can share pandemic prevention and preparedness information with their constituents and how they can assist them in responding to protect worker health and safety during a pandemic event.”

And state officials have diverted from some of the plan’s recommendations in response to the novel coronavirus outbreak.

The plan did not offer any guidance on what should be deemed “essential businesses” during a shelter-in-place order or some other form of societal shutdown, though the plan did list 41 state governmental bodies considered “essential.” The only non-governmental essential entity listed in the plan was the American Red Cross.

Reeves last month issued a broad definition of “essential businesses,” which exempted most private industries and businesses  from adhering to any shelter-in-place order. Reeves asked agency heads to allow state employees to continue their work from home, if possible, though many are unable to do so.

Another point of diversion deals with the closing of schools. The pandemic plan calls for county health department and local schools officials to make decision about school closures. In the case of the coronavirus, Reeves took the matter out of the hands of local health and education officials, issuing a statewide order that closed all of the state’s schools indefinitely following most other governors. This week, he announced that the state’s schools would remain closed  through the rest of the school year.

“Was it perfect? Of course it wasn’t,” Reeves said of the pandemic plan on Wednesday. “I don’t know if anyone could write 460 pages about any topic that was perfect. But it was well thought out, and it laid a framework and guideline for the various steps we’re taking.”

The pandemic plan is split into operational phases, as recommended by the U.S. Centers for Disease Control and the World Health Organization. Officials are currently operating in the second phase of the three-part plan: “Response.” The first is “Preparedness” and the final is “Recovery.”

The “Recovery” section of the plan, defined as “steps taken to return the state to normal functioning,” offers insight into what the next few weeks could look like in Mississippi.

Some of the top priorities in the plan’s next phase include facilitating recovery of public health and health-care institutions, preparing for a potential subsequent wave of infections and replenishing stockpiles of resources. Mental health is also a focus of the “Recovery” section of the plan.

“Mental health of the workforce is a function that will need to be addressed throughout a pandemic response and will be a critical factor in returning to normalcy across the state,” the plan reads. “All agencies are responsible for identifying resources to support their staff.”

Focusing on the importance of administering a vaccine when one becomes available, the pandemic plan offers guidance in all three operational phases for how state officials can distribute a vaccine to Mississippians. Citing studies from national researchers, the Mississippi plan suggests that a vaccine may not be available for at least the first four to six months of the pandemic and will initially have limited availability. That estimate was developed for a novel influenza strain, and a COVID-19 vaccine is expected to take longer.

“Due to limited quantities and production capacity of (influenza) vaccine, vaccination of the population may take up to 20 months to complete once vaccine is initially available,” the plan reads. “The overall impact of vaccination during a pandemic depends on how rapidly a vaccine becomes available, its effectiveness in preventing infection and disease, its supply levels and the ability to allocate and administer it.”

More sobering parts of the plan include five pages on how state officials should handle high mortality rates. The plan estimates that a severe pandemic could cause up to 15,000 deaths in Mississippi, which would “place extraordinary demands on local jurisdictions and the families of victims.”

As of Wednesday morning, the state health department had reported 3,360 identified coronavirus cases and 122 related deaths. At least 273 new Mississippi cases were reported on Tuesday, which is the most known new cases in a single day since the pandemic reached the state, and at least 11 people died on Tuesday.

“The timely, safe and respectful disposition of the deceased is an essential component of an effective response,” the plan reads. “Accurate, sensitive and timely public relations are crucial to this effort.”

The plan itself was initiated by a commission that Gov. Barbour appointed in 2009. The commission was chaired by the state epidemiologist, and a number of state agency representatives also sat on the committee. Other state agency heads and officials added to the plan over the years contributed information for final version, approved in June 2019.

When asked why he commissioned the plan, Barbour told Mississippi Today in an interview that Hurricane Katrina and its lessons inspired action.

“After Hurricane Camille hit in 1969, a lot of people, long before I was governor, planned for the next terrible hurricane,” Barbour said. “The problem was (that) Katrina didn’t turn out to be anything like Camille. However, just by having a plan, having practice and having lots of people on the ground who were familiar with what we were trying to accomplish if we had a terrible hurricane, our people were much better off.”

Barbour continued: “I hope that this (pandemic) plan is getting Mississippi the best performance and will reduce our health risks and leave us with fewer deaths.”