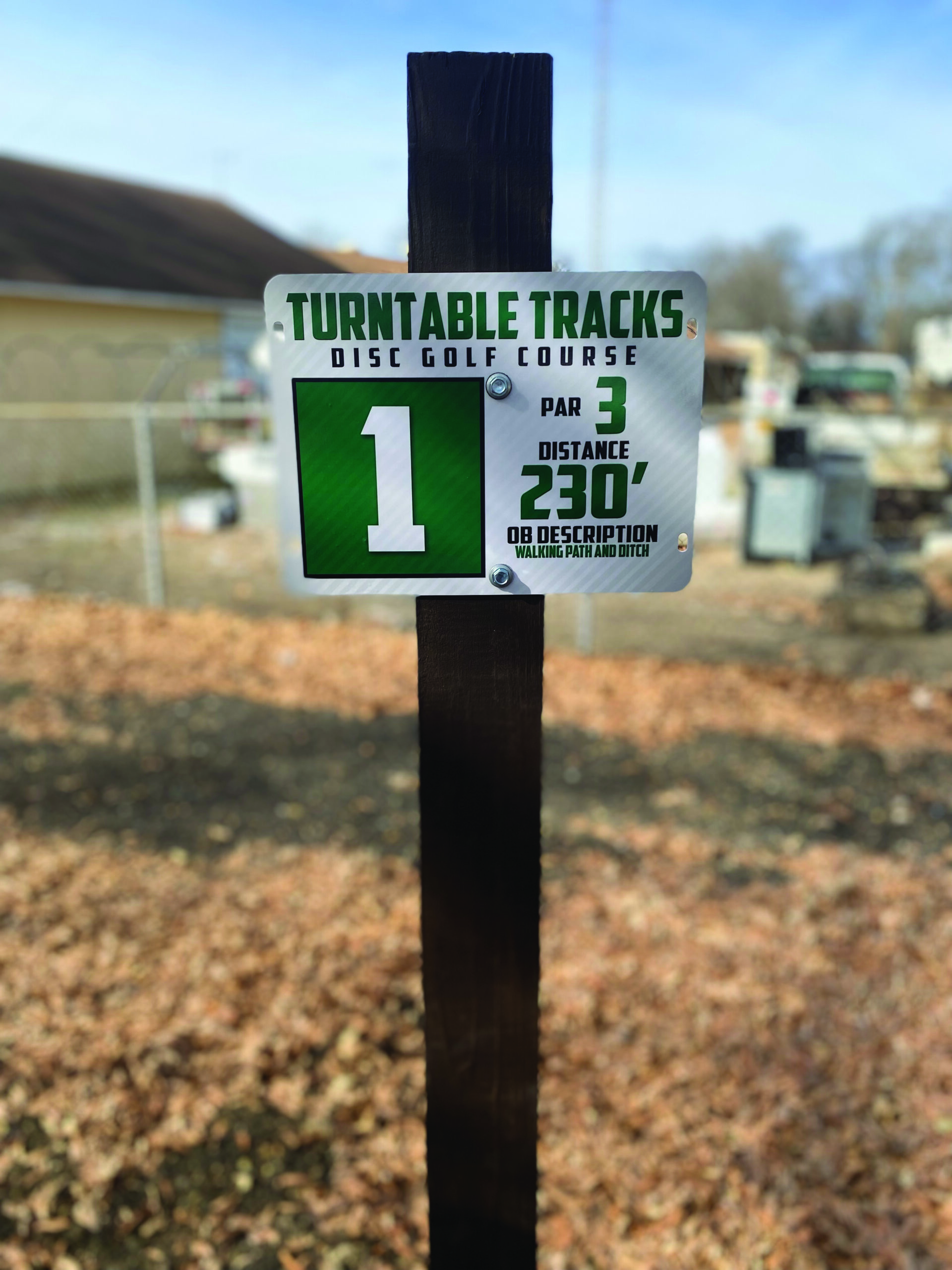 Downtown Cleveland visitors will soon have another attraction – the Turntable Disc Golf Course. Located on the walking trail, the 18-hole, beginner-friendly, course is nearing completion. Max Davidson footed the initial cost of the course in design and set up the 18-holes. He, along with Woods and Kirk Mansell of Delta State University, have been working non-stop on the course.

Davidson, the self-described “Godfather of the Course,” was exercising on the walking track and came up with the idea for the disc golf course.

“I started mapping it out on Google and took that to Jason Woods, and he took it to the (city) board,” said Davidson. “COVID came along behind that, and I dropped the idea. Kirk and one of his buddies took over at that point. They have a lot of connections and they raised the money through sponsorships.”

Woods presented the idea to Cleveland City Council who gave approval for the disc golf course creation. Mansell then took Davidson’s plan, measured it out and started raising money.

“We knew we had to raise money for the baskets, the tee pads, etc. We have all the baskets and we should have fifteen  out of eighteen baskets in. Most of the tee posts are in and most of the signs are in,” said Mansell. “We’ll make a big picture map at the front of the park of a course layout. Tres and I have been going out there digging the holes and setting the concrete. It’s a slow process, but we’re getting there slowly but surely.”

Woods said Mansell and Santucci are continually setting up the baskets and tee boxes during better weather.

“Right now, anyone can play what’s up at the moment, but by the end of the month, we should have all 18-holes finished,” said Woods. “We will come out and lay the concrete slab tee pads.”

Eventual plans are to host tournaments as the city will have two disc golf courses. The Bear Pen Disc Golf Course has been around for nearly two decades.

“Once we get the one downtown completed, we’ll go to the Bear Pen Course and update and match the signage,” said Woods. “The Park Commission is paying for the signs and Max and Kirk are funding and finding businesses to help fund the rest of the course needs. Each hole will have a sponsor.”

Davison named the course, The Turntable Tracks Disc Golf Course for the old Turntable Railroad located at the end of the course.

“I played in tournaments for 15 years before I had kids,” said Davidson. “I started at Rosedale and the Great River Road Park where they had a course before it flooded.”

There will be a grand opening, but the date has not been set. There is still money to be raised for the concrete tee pads and they are looking for sponsors.

“We started a Cleveland Disc Golf Association and have a Club Account at Planters Bank,” he said. “We have a multiple tier donation form. One company donated enough for hole number one and hole number 18.”

Mansell is working on getting a supplier for disc golf equipment for the courses, but it’s an arduous process contacting each supplier.

“There’s nowhere around town to buy disc golf equipment. We may try to sell some out of Hey Joe’s or Premier Sports,” he said.