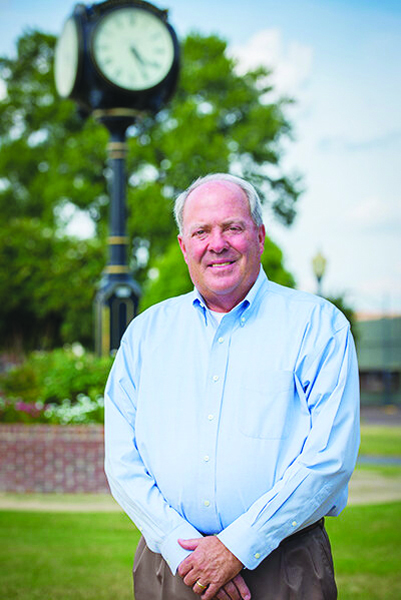 Cleveland’s OctoberFest will be postponed until a further date, Mayor Billy Nowell said at the monthly Aldermen meeting on August 4.

Judson Thigpen, Executive Director of the Chamber of Commerce, brought the question to the board of whether OctoberFest should continue in a socially distanced way, be postponed, or cancelled.

“We have put off a decision on OctoberFest for a good while. We usually have it organized and planned out by now, but we’ve put it off not knowing what the future was going to bring with this pandemic,” said Thigpen to the Board of Aldermen.

Nowell responded that with Mississippi topping the country per capita with Coronavirus cases, October would probably not be a good time to have a festival.

“I just think the timing and all the social distancing and everything that we’re looking at today, it would not be the thing to do,” said Nowell.

“The problem you’ve got with OctoberFest is two fold: number one, there’s no way to control the crowd and number two, these barbecue teams bring a lot of people with them. I don’t know how you can ask a barbecue team to bring just four or five people because they’re not going to do that. They come with their families,” said Gainspoletti.

Alderman Paul Janoush suggested pushing OctoberFest back to a later date, which is what the board settled on. A specific date was not decided.

Nowell also asked Thigpen if the Chamber could help raise awareness about the census count going on.

“[Census counters] are going to start next week going house-to-house and people are not going to want people in their house. We get a lot of funding through our census numbers so any way the chamber can help with that we’d sure appreciate that,” said Nowell.

Nowell added that about 60 percent of Cleveland citizens have taken the census; the goal is to get 80 percent.

The census count is crucial in helping the federal government figure out how to disperse funds such as Medicare, Medicaid, Title 1 funds for public schools (which all Bolivar county school districts receive), and more. The more people take the census, the more funding these programs are likely to receive on a local level. Census counters began knocking on doors on Aug. 11, but citizens can still avoid a census counter coming to their door by taking the census online if they haven’t already.

Also during the meeting, Parks and Recreation Director Jason Woods said  his department is going to start a fall baseball and softball league this year.

“Normally we’re playing football around this time,” said Woods, adding they’re not this year because of the high level of contact, which could increase the possibility of spreading the Coronavirus.

“So we’re trying to give the kids something to do,” he said.

Sign-ups have already begun, but the season won’t start until mid-September and will go mid to late October, Woods said.

The next regularly scheduled Aldermen meeting will be Sept. 1.