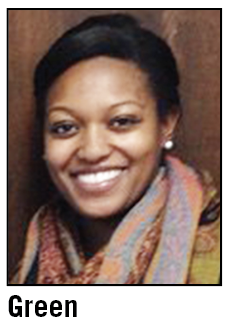 The money-transfer apps PayPal and Venmo are just two of the new tools Cleveland citizens can use to pay their bills online for services provided by the city.

“In April of last year, we switched our online payment gateway to a company out of Boston, Massachusetts called Invoice Cloud,” said City Clerk, Dominique Green. “We really liked their user-interface and the numerous payment options we could offer to our citizens. It was perfect timing because, as you recall, that was when the pandemic really got out of hand and kept so many at home.”

The new system implemented was much more user-friendly thanour previous system, which was good because the number of people choosing to pay online Increased substantially according to Green, who added that City Hall just reopened its doors to the public last month.

“We had been closed for over 12 months, but now people are able to come back in and pay their bills in person if they prefer,” she said, but noted that probably 30 percent of current customers are using the new payment options.

Green said working through Invoice Cloud also allows Cleveland residents the option to pay bills over the phone (at 1-855-844-0119) or by text.

“Convenience fees are charged for such transactions though,” said Green, “which we cannot, as a municipality in the state of Mississippi, legally absorb for the consumer. That goes to the payment gateway company–the City does not get a cut of the convenience fee.”

And, while many people were struggling with keeping up with their payments during the ongoing COVID crisis, Green said that collections are currently all caught up.

“The Board made the decision, late last summer, to lift the moratorium on the late fee waiver and service disconnection  because some customers were almost six months behind,” said Green. “In addition, for the first time ever, the City provided the option of payment installments. We’re  back to normal in terms of customers being caught up with their payments.”

Green added that most municipalities cannot adjust or write off customer fees for water consumption unless there is a catastrophic water leak or other similar disaster according to state law.

“Cleveland, as a city that owns and operates it’s water system infrastructure, we have to follow the rules and guidelines laid out by the state,” she said. Cleveland is serviced by four water wells located within the city limits.