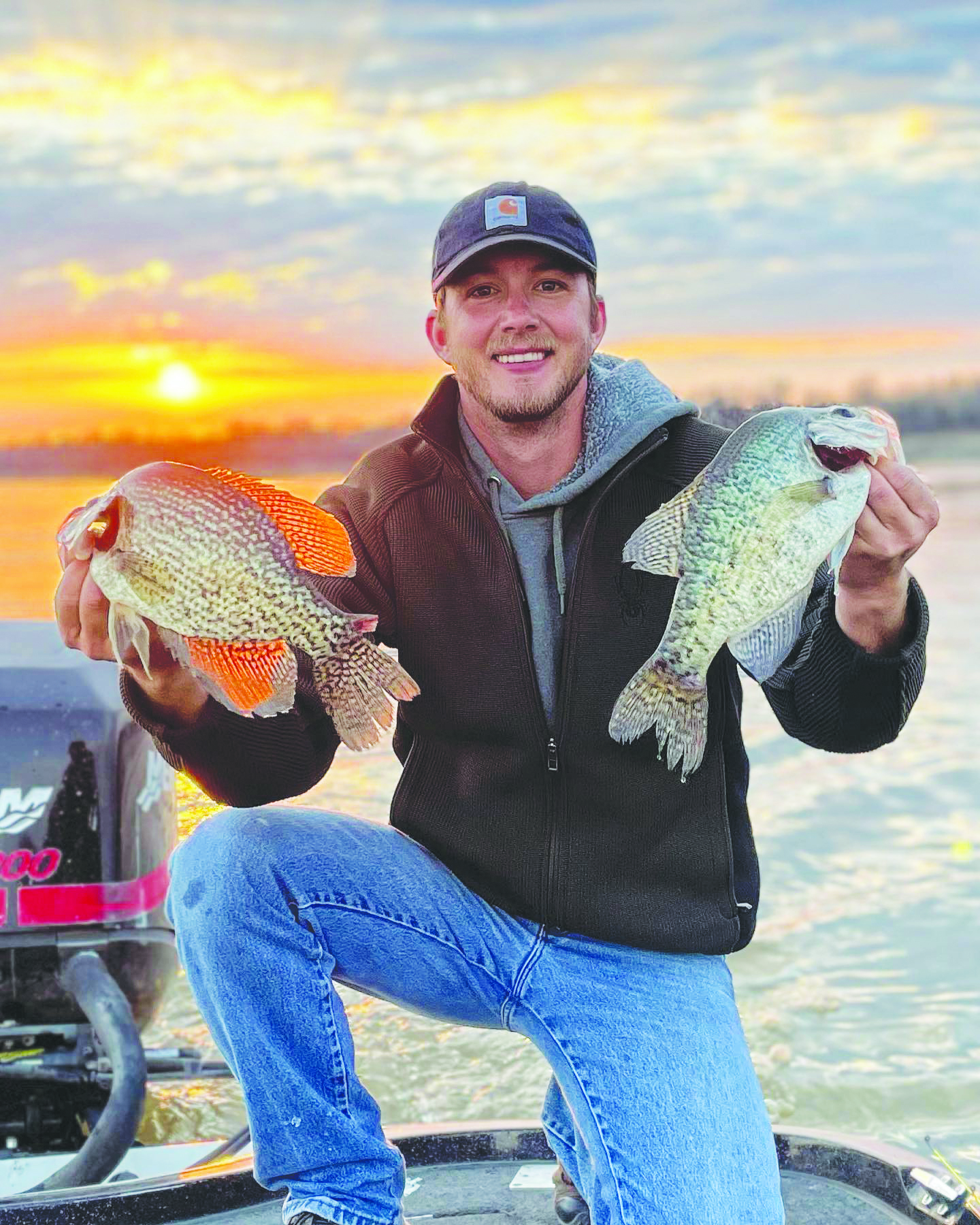 “The Fishhead of The Delta”

As an avid fisherman since childhood, Peyton Collins has made a name for himself as one the Delta’s most active anglers.  In fact, it’s earned him the nickname title of “The Fishhead of the Delta.”

The Rena Lara native, who now calls Merigold home, where he works on a farm and as an insurance agent, said he takes part in a few bass and single-pole crappie tournaments from time to time–but “these days it’s usually just fishing for recreation and fun.

“I bought my first bass boat when I was a freshman in college at Mississippi State, when I was about 19,” said Collins. “Up to that time, from about the age of ten until then, my fishing trips were mainly my buddies and me getting on four-wheelers and heading out to the lake. After I bought my boat, though, I started getting involved in tournaments. I love to travel to fish, going down to the Coast and various lakes around the state. So, it was a lot of fun for me, although,” he added with a laugh,”it never fails that, on the actual tournament day, you’re going to get bad weather! It just always seems to happen that way. And, the weather can make or break how you do. You can fish and practice all week, but if there’s 30 mph wind on the day of the tournament, cold, or rainy, you’re just out of luck.”

Collins doesn’t call himself a “professional” fisherman. “No, not officially one of those,” he said, “but I can pretty much catch a fish any day of the week! It’s just natural to me. I’ve fished with guys at Pickwick Lake, for example–including just a couple of weeks ago–and they are real professionals in the actual sense of the word, out on the Majors Circuit. It’s pretty much what they do for a living year round. I’ve been a co-angler with some of those guys, and actually, have caught more fish than they have–but they’re who I consider real pros. It’s their lives and careers.”

While he used to fish in at least ten tournaments a year, Collins said that in the past two years he’s cut back substantially.

“Other things come up in life, you know,” the 30 year-old said. “Maybe I’ll get back to doing more tournaments at some point soon. But, right now, it’s just the fun and pure enjoyment of fishing that I love and do the most. And, I also enjoy taking kids out on the water and teaching them–I do that from time to time.”

As a crappie angler, Collins said he’s won awards during competitions, but not yet on the bass side. “I like to do it all, really,” he said, “but seem to come out better when I fish for crappie. There are some great fishermen in Bolivar County, like Bobby Burton, who’s a friend that I fish with a good bit. He’s one of the best of the best among many others around here locally.”

Still, Collins has made a reputation all his own. “Yeah, people say that you could put a bathtub in a parking lot, and I could catch a fish in it!” he laughed.