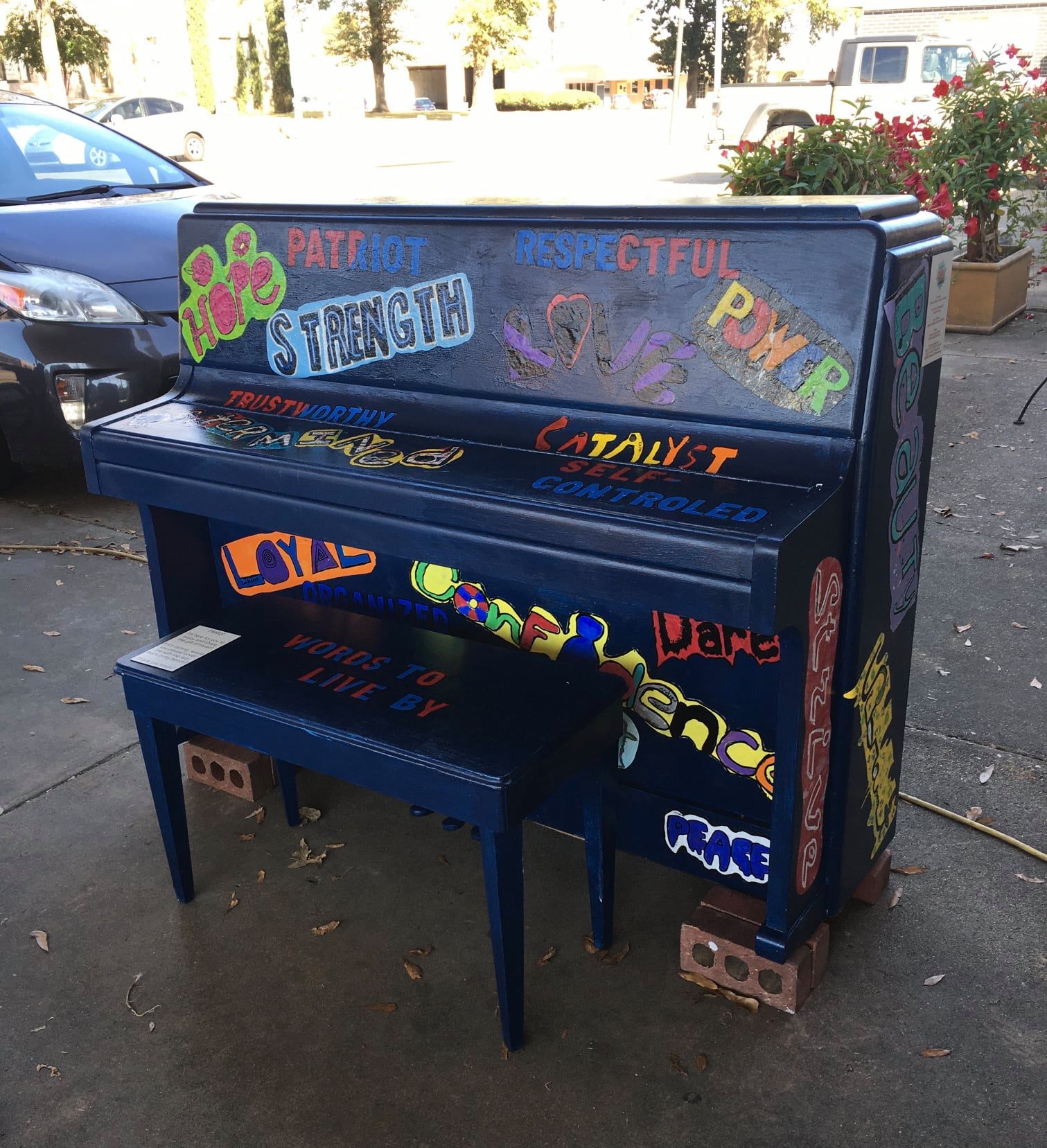 Where else can you hear Chopsticks, Beethoven, Billy Joel and any other piano classic come to life? The sidewalks of Cleveland where six artistic pianos have been strategically places by the Delta Art Institute and other donors. The project was spearheaded by Grammy Award Winning singer/songwriter Tricia Walker.

“I became aware of these public piano projects all around the world,” said Walker. “As I’ve been working on the local Cleveland music scene and the Deep Roots initiative. It stems from the idea that music is the great connector. It connects people across all kinds of lines.”

With the idea in mind, she contacted the Delta Arts Alliance as well as Cleveland Alderman Danny Abraham. Pretty soon they were overwhelmed with pianos. Those pianos were adopted by some local gifted classes who painted and decorated and personalized each one.

“They came to the Arts Alliance and painted them outside. There are various themes – music, agriculture, The River, just everything associated with the Delta.”

After they were painted and seal coated, Public Works employees placed them in various, pre-determined spots for anyone and everyone to stop and play.

“We delivered them – two downtown on the east and west side of the walking trail, one at Mississippi Grounds, one at Hey Joe’s, one at GRAMMY® Museum Mississippi and one will stay at the Delta Arts Alliance,” she said. “We want people to get out and play ’em.”

Each piano has a plaque displaying sponsor information and the school and class that painted it. There’s also a tarp and bungee cords in the piano bench for good Samaritans to cover them in bad weather.

“They are meant to be played and not just looked at,” she said. “Somebody gave it a really cool hashtag, #staytunedcleveland.”

Walker herself tested each piano and has sat down and played and even gave an impromptu piano lesson.

“A young man came out of a store and asked me to show him how to play what I was playing. I gave him a 15-minute lesson,” she said. “We hope it will touch everybody.”

“It’s the Delta Arts Alliance and the city and the teachers and students that really made it all happen,” she said.

Time for a spontaneous concert, whether its Chopsticks, Chopin, Sweet Home Alabama or a little Jerry Lee Lewis – give the artistic pianos in Cleveland a spin.