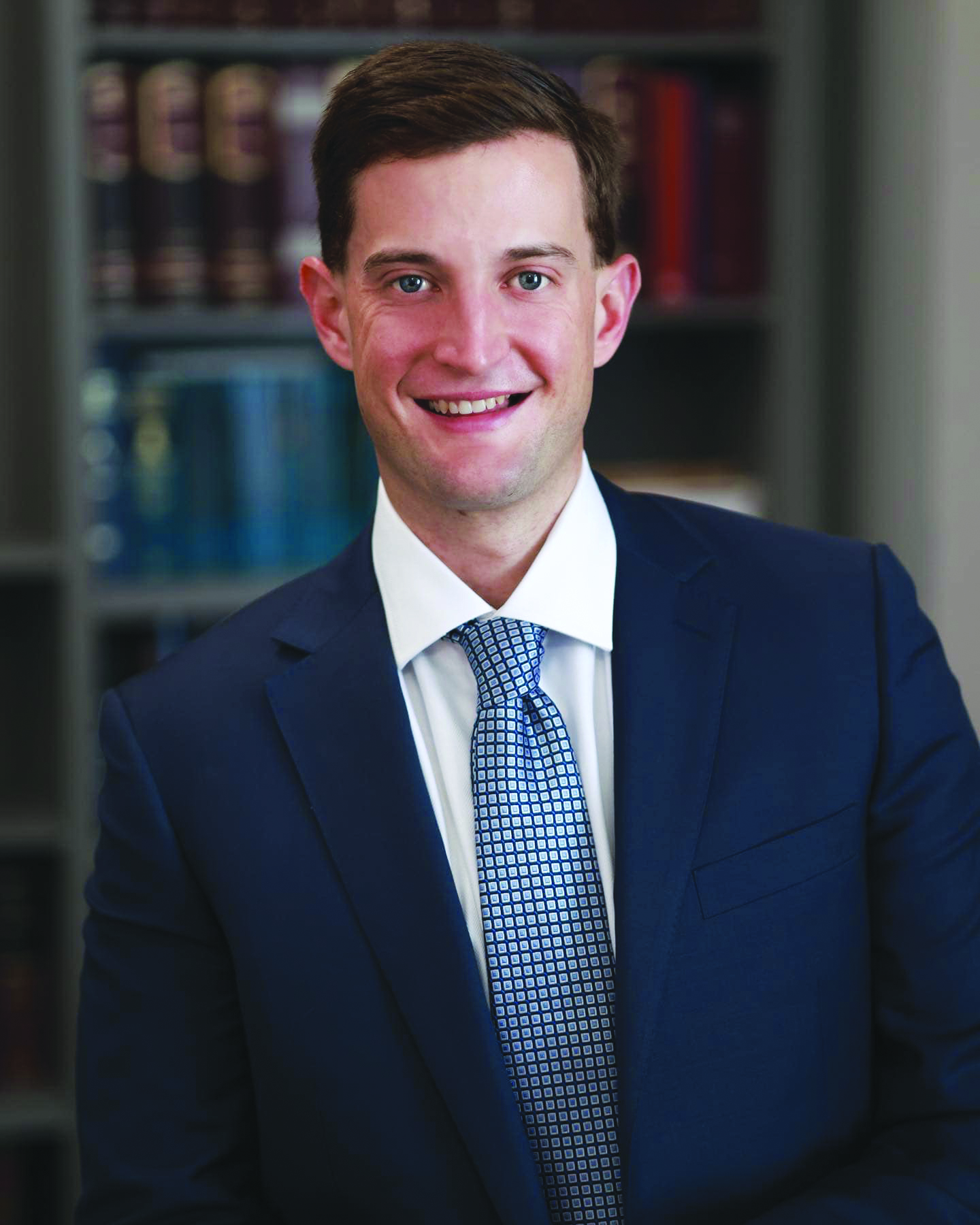 During his youth, Cleveland native Michael Portner was like most young American males.

He loved sports and played it as a kid. He had dreams of competing on the biggest stage of athletics.

“Growing up, I wanted to play professional sports,” said the 26-year-old. “I was the little boy running around in my jersey in kindergarten at Delta State. I was doing practice interviews acting like I was Joe Montana in the shower and those type of things.”

In high school, Portner was a standout basketball and baseball player at Bayou Academy, but he knew the chance of playing in the NBA or MLB was out of reach.

“Once you get to high school, you pretty much realize that’s a no go,” said Portner. “I was not good enough. You come to the crossroads. Professional athlete was out of the question.”

During his senior year at Bayou Academy, his English teacher, Mary Ann Odom, assigned all of her students a term paper. The assignment got Portner thinking about the future.

“It was pretty good timing when this term paper from Mrs. Odom was assigned to me,” said Portner. “We had a great relationship. She had this term paper, and the subject was your dream job. I didn’t know what to write on, so I went back and forth with her. Somehow, we found sports agent. I think I told her I was interested in business and law and of course sports. That led me to writing my paper on that.”

As part of his assignment, he had to shadow a person involved in the field he chose to write about. He was able to find the perfect person near the area.

“I met with Frank Crosthwait who was based out of Indianola,” said Portner.  “He helped do Archie Manning’s original deals before the sports agent business was even a thing. I got to talk with him, and he gave me good guidance on what I needed to do moving forward.”

The term paper set Portner on a path he has steadfastly stayed on ever since as the 2013 Bayou Academy graduate announced on Dec. 1 that he has officially launched his own sports agency titled the Delta Sports Group.

Portner graduated from Ole Miss with a degree in business marketing and management. He also graduated from Samford University’s Cumberland School of Law at Birmingham, Ala. with a Master of Business Administration and a Juris Doctor.

After law school, he moved to California where he became an intern with longtime sports agent Leigh Steinburg, who has represented hundreds of professional athletes in his career.

“The movie Jerry Maguire is based after him,” said Portner. “Once I got a summer out there in California doing it, I was for sure that’s what I wanted to do.”

After living in New Port Beach, Portner’s girlfriend accepted a job in Boston, Mass., and he moved there with her.

That’s when Portner decided it was time to start his business.

Portner had to pass an NFL agent’s test in July to become a certified National Football League Players Association agent.

One of the primary functions of the DSG is to represent NFL players. The average career for a player in the NFL is 3.3 years. Portner said the goal of the agency is to help players with more than just their playing careers.

“The main focus is to be able to build the foundation for their second career which is life after sports,” said Portner. “You’ve seen the stats and the documentaries about these players going broke even after their agent signed them to huge deals. The average NFL career lasts about three years, so you have to be very careful and guide them. You want them to be able to use their money as a launching pad for their career after football.”

He formed his business in August and did a lot of work to get everything set up.

“What I’ve been doing with the business recently is the NIL (Name, Image and likeness) stuff, so I talked to Alan Hargett at Planters Bank because he’s the CEO there,” said Portner. “I was just reaching out because I played baseball with his son Luke from Indianola. I told him my idea, and I said, ‘I’m getting this going. Would you be interested in working with me?’ He was the one who said, ‘Yes, let’s do it.’ We did a full Planters Bank commercial campaign with six athletes, four from Ole Miss and two from Mississippi State. Once that was finished in late October, I was full hands on deck with getting this website done and getting the marketing plan done.”

Portner has completed all of his legal obligations to be an NIL marketing agent, while means he is able to recruit collegiate student-athletes as clients.

“When it comes to the NIL landscape, that will probably be my life blood until I get an NFL player which hopefully will be sooner than later,” said Portner. “One of my main focuses will be getting marketing deals for college athletes. I will have to be their marketing agent which is the way that will work. With me being here in Boston, I will try to get into the hockey space. Hockey is huge here. It’s kind of like the minor leagues for the NHL here. The businesses love hockey. I’m focused on Mississippi athletes first, especially football. I will gladly do any sort of sport. I did women’s basketball in that Planters campaign, and I did Ben Van Cleve, who plays baseball for Ole Miss.”

His first official client is a college hockey player. He emphasized that his clients need to be solid individuals.

“In the college sphere, I will pretty much do anything I can get my hands on as long as the client is a good well rounded person,” said Portner. “That’s the first thing I look at before I’m willing to take them on. Before their marketability comes into play and how good they are, I have to have somebody that has their head on straight and won’t end up in a jail cell for one reason or another. They have to be able to work collaboratively with me.  No matter what, this business will fail if my first two or three clients aren’t serious about this.”

For Portner, being a sports agent isn’t just about drawing a paycheck.

“I wanted to be able to find a career where I would be happy and be able to enjoy my life,” said Portner. “I saw in law school that many professionals were burned out, exhausted, tired and depressed with their life at a certain age. I wanted to shy away from that. I also wanted to find a career where I could make a positive impact on communities and people. I want to leave every situation better then I found it. I can be able to do everything I want to do with this career from the aspect of helping others, improving communities and being able to set up foundations for athletes.”

Even though he lives in Boston, the business is based out of Cleveland, Miss.

His longtime friends have been happy for his success, and his entire family has guided him every step of the way.

“That was one of the biggest reasons I wanted to base this company out of the Mississippi Delta and include the word Delta in the name of the company,” said Portner. “I knew those were my people, and it was such a unique and supportive community. I would be silly to not start that as my base. My friends, family and people I don’t know very well but do have a Mississippi Delta connection with have been overwhelmingly supportive and excited for me. That has been such a cool thing for me to see.”