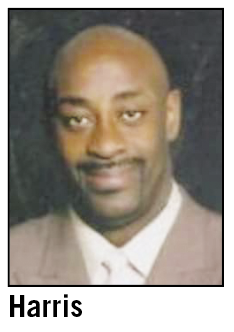 Formed by retired North Bolivar Consolidated School District and former Shelby mayor, Dan Harris, the Northwest Bolivar Community Help organization (or Project Help for short), is a 501c3, non-profit started in 2016 to fill a need after the closing of several schools in the district.

Harris, a Shelby native who worked 34 years as an IT/Computer Tech director and instructor for the school district, said he asked his former employers to donate one of the closed schools, Shelby Middle School, to his new organization.

“They did so and we took it over,” said Harris. “Not so much as a school, but as a facility to provide educational programs, extracurricular activities and day care. We’re also working on being able to provide meals in the future. The school is on 13 acres of land and has a gym and auditorium on-site so we also have space for activities and events for the kids here in Shelby.

Harris’ organization has  partnered with Save The Children which is based out of Memphis, but works with 11 school districts in the Delta and surrounding areas.

“They drop off supplies, books and food here at our location and the schools that are served come to us in Shelby to get what they need,” said Harris. “We act as a distribution point about every two weeks for these schools when shipments arrive. Most of these shipments contain about 1400 boxes of supplies and materials, including food like fruits, vegetables and milk, and we have two hours to unload it. Communities such as Duncan, Gunnison, Alligator, Merigold and others near us then come and pick their boxes up.”

Harris said that all members of the community are served by Project Help, including families and the senior citizens.

“Yes, our programs are not just for the schools and children,” he said. “Families can come by and pick up two to three boxes when the shipment arrives and, as a smaller community, we pretty much know who needs what. We usually get a couple of days’ notice for when the truck is scheduled to arrive from Memphis so we try and give people a heads-up on the specific day and time when they can come to us. For our elderly folks, I’ll load up my trailer and deliver to them personally.”

Project Help has a Board of Directors consisting of  Harris, Henry Perkins of Winstonville, Karl Lewis of Beulah, and former Rosedale mayor, Carey Estes.

Donations are welcomed and encouraged for Project Help and volunteers are needed, said Harris.

“Covid hit us pretty hard–it really did. I even lost a board member to Covid, my friend and partner on the project, Anthony Pitts. We’re recovering now, though, and have received so much positive feedback from the people we help. Anyone who wants to help us or needs help themselves can call me on my cell phone at 662-721-0018.”