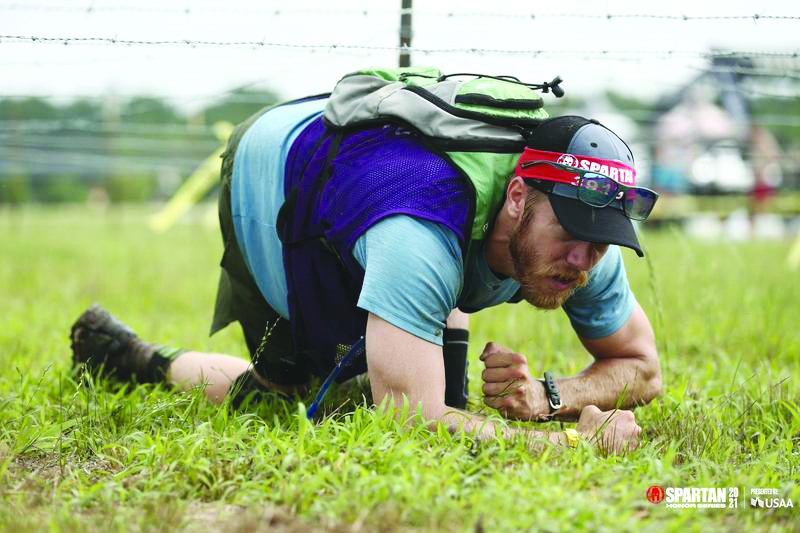 For Will Reed, sports and the competitiveness that comes with them have been a part of the Cleveland resident his whole life.

He grew up playing youth sports and ended up being a standout athlete at Bayou Academy as he played football, basketball, baseball and track and field. After Reed graduated from Bayou in 2004, he played college baseball for two years at Mississippi Delta Community College and two years at Mississippi College. He returned to Bayou and ended up being the head baseball coach for seven years.

After his time as a coach concluded in 2018, the competitive fire had not been extinguished. By pure accident one day, Reed was able to discover the world of obstacle course races.

“About three weeks after I got out of coaching, my competition bug started getting to me,” said Reed. “I found a Groupon code for a Spartan race in Nashville and decided to give it a go. It was a 3-mile, 25-obstacle race, and it kicking my tail is what got me hooked on them. No one really said anything about them. I just ran into it one day playing on my phone.”

The love for obstacle course races has intensified over the last three years as Reed has competed in approximately 10 races.

These races have competitors crawling under barbed wire, climbing ropes, climbing walls and speeding down slides into muddy water. Competitors also carry heavy stones, march with heavy buckets and do many other grueling things in order to finish the race.

The 35-year-old’s participation in the obstacle course races has helped him keep his competitive drive sharp.

“Whether it’s a good thing or a bad thing, I believe in competing in everything you do.,” said Reed. “Competition creates a harder work ethic, stronger leadership, more learning opportunities, more team building, etc.  Not everyone has that mind set and that’s ok but for me competition gets my blood pumping. Competition battles complacency.”

One of the biggest things competing in obstacle course races has done for Reed is help him maintain his health.

“I wasn’t making time to keep myself in shape until I started racing,” said Reed. “Having a goal, which is the race I’m running, on the calendar keeps me moving.  I want to give a big thank you to Coach Brady Cummins at Unrated as he has been a big part of my improvement too.”

One thing that’s helped Reed over the last three years is he’s had great family support as he trains for and competes in these races. He’s close with his brother Caleb, and his wife Callie and three daughters have been behind him all the way.

“Caleb has run a couple (of races) with me,” said Reed. “I had Callie talked into one but something happened and we had to cancel. I’m lucky to have my bride that supports me going six to 10 hours away to scratch my itch.  I’d love to see my girls attempt it though just so they can see what they are capable of.”

The Spartan Ultra race Reed ran was a race he had always wanted to run. As Reed continues to run in these races, he wants to be able to take on tougher challenges.

“This ultra that I just completed was a goal,” said Reed. “I did not finish as well as I had wanted so I will be doing another one of those. Then, Spartan has a hurricane heat I’d like to do. There’s a golden trident by Bonefrog I’d like to get, and Savage Race looks really fun. With each race, I either decided to do better at what I did or got a step forward. There’s a ton out there to choose from so a final goal I don’t really have other than keep pushing onward.”

Reed was recently accepted as an ambassador for OCR Buddy, which is the first mobile calendar application created for obstacle course racers. Reed hopes he can build interest in the local area.