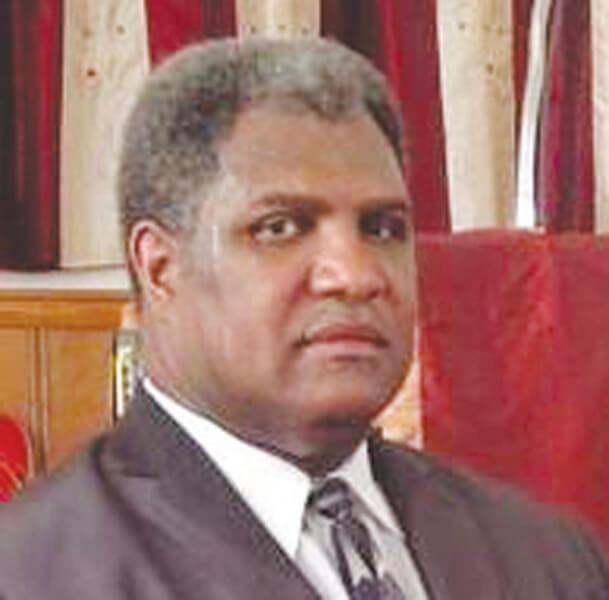 As pastor of the Historic First Baptist Church in Mound Bayou for the past 27 years, the Reverend Earl Hall actually got his start in the pulpit at the ripe young age of 15.

“In the Baptist church if you believe that you’ve been called to preach then you can go to the pastor for counseling and then go before the church,” Reverend Hall said. “And, you can be allowed to give sermons–even at 15. You’re then granted a license and eventually ordained, which is the path I took before getting any formal theological training. This took place at the Pleasant Green church, also in Mound Bayou.”

The Mound Bayou native has since gone the more traditional route, receiving degrees from the online institute Grand Canyon University in Phoenix, Arizona, obtaining a Masters of Christian Arts with an emphasis in Leadership, and he is currently working towards a Doctorate in Education with an emphasis in leadership and organizational development, also through Grand Canyon.

“While it is an online institution, I’m still required to go out to the campus twice a year as a requirement for my studies,” he said. Reverend Hall also has an MBA from Grambling University and attended Mississippi Valley State University, receiving his B.S. degree, just prior to joining the military where he spent six years in the Army.

“I left the military as an E6 Staff Sergeant,” said Hall. “I did tours in Alaska and also served in the Gulf War. When I got my honorable discharge I was stationed at Fort Bragg at the time.”

While not a chaplain during his time in the service, Hall noted, “Everybody certainly prayed when we were overseas in the war! I did lead services for my fellow soldiers though, certainly.”

After leaving the service, Hall briefly stayed in North Carolina, pastoring a church in Fort Bragg while living just north of the area in St. Paul, NC. He returned to his home of Mound Bayou in 1993 where he has pastored at the Historic First Baptist Church ever since. That was not his original plan, however.

“I had really wanted to move somewhere up north,” he recalled, “but I came back to Mound Bayou to visit my mother and, frankly, felt called to stay here and help my community.”

A father of four, with two of his children currently enrolled in Ole Miss, Reverend Hall is also serving as the Moderator of the Bolivar County Baptist Association as well as the Executive Director of the Mound Bayou Housing Authority.

“Moderating the Association entails working together with a group of about 15 other churches in the county to foster Christian fellowship and outreach and helping our local congregations and their communities,” he said.

The position of moderator is one that is elected, he added, and his four-year term will be up next year. “The members are encouraging me to run for the position again,” he said, “and I’ll see about that when the time comes. The most important thing right now, though, is keeping our eye on the purpose of our organization which is to help transform the mindset of the individuals in our churches and our communities.”

As for his role with the Mound Bayou Housing Authority, Reverend Hall has been the organization’s Executive Director since 2017 and calls it “interesting work and something I really enjoy. It’s certainly in line with my ministering and pastorship because it allows me to serve people in the Mound Bayou community. I love serving and helping–I truly do. Our mission at the Authority is to enhance the homes and areas where people live and we are allowed to give out grants in order to facilitate that enhancement and improvement taking place for private homeowners, mainly those who are older or low income citizens. We promote a component of the Authority called ‘self sufficiency’: we want to help people upgrade where they live and not just act as custodians of their current living arrangements, whatever those may be. We work to encourage our residents here and I believe we are making a major difference.”

A man who has devoted his entire life to helping and ministering to others, Reverend Hall said he is most proud of pastoring his church and assisting those in his hometown.

“The Lord has allowed me to do the work I do,” he said. “And to make good the city motto here in Mound Bayou which is ‘Helping People To Help Themselves Live Better.’ That is what gives me a reason to wake up every morning–especially now. We need spiritual advancement and economic enhancement now more than ever. To me, the two go hand in hand.”