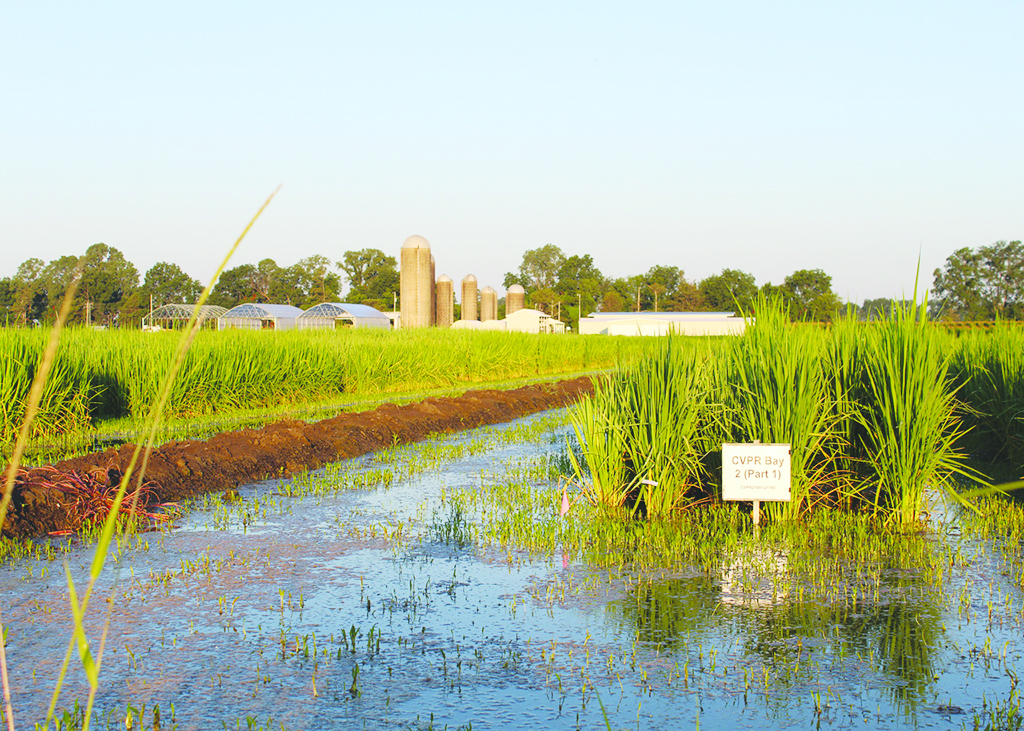 Rice harvest is approaching in the Mississippi Delta, and early signs point to good yields in 2020.

Bobby Golden, rice specialist with the Mississippi State University Extension Service and an assistant professor with the Mississippi Agricultural and Forestry Experiment Station, said the condition of the state’s estimated 150,000 acres of rice looks “very good” as growers prepare to fill their combines. With 221 rice-producing farms, Mississippi was No. 5 among U.S. states in rice production with a total value of $91 million last year.

“The first fields that were planted may start draining as soon as the second week of August. Outside of some of the early rice that flowered in high heat, the majority of the state’s rice crop will flower in good heat conditions,” said Golden, who is based at the Delta Research and Extension Center in Stoneville. “There is some extremely good-looking rice out there, but it’s too early to tell where our yields will be.”

Rain chances forecasted in the Delta through mid-August are marginal, and rainfall or high wind shouldn’t affect pollination in 2020 as it did in previous years. Insect and disease problems this year has also been limited so far.

“We may escape a lot of the issues we have had in the past with paraquat drift on a portion of the crop because the soybeans are slightly behind the rice this year,” said Golden. “I expect stink bugs will pick up in the next week. We have not had a blast issue this year like years past, and sheath blight has been minimal compared to normal.”

Planted rice acreage — about 2.9 million acres — is up 30 percent over last year statewide and 15 percent over 2019 nationally. Extension row-crop economist Will Maples said this increased production will cause a stagnation in market prices.

“While domestic rice consumption is projected to remain strong in the 2020–21 marketing year, the increase in production is limiting any upward price movement, as we will see an increase of rice stocks,” said Maples. “The national average farm price for long-grain rice is projected down this year at $11.60 per hundredweight from $12 last year.”

Rice fields in Mississippi feature a mix of conventional, hybrid and nonhybrid rice varieties, about half of which are tolerant to imidazolinone herbicide. One conventional variety planted in about 15% of the state’s rice fields was developed at MSU. This variety is often referred to as Rex.

MSU Extension and Delta Rice Promotions Inc. partner each year to host an annual rice tasting luncheon in support of Mississippi Rice Month. This year’s installment has been canceled due to COVID-19.