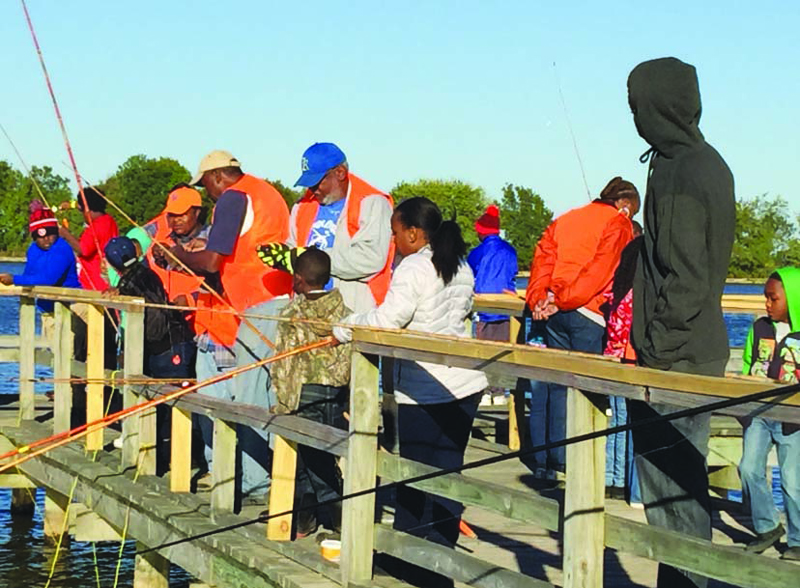 The 91-acre park named after a well-known son of Mound Bayou, the Richard M. Coleman Recreational Park, is a major part of Bolivar County family fun and activities and is actively looking to renew itself.

Coleman, who now lives in Shelby, was a well-respected member of the Bolivar County Board of Supervisors for a little over 20 years. “I still consider it a major honor to have had the park named for me,” said Coleman. “There’s a great fishing lake at the park where people can fish for a small fee, a playground for children and a recreation area where banquets, events and parties can be held, as well as an outdoor basketball court,”  he said. “For a lifetime fee of $500, people can be guaranteed priority for use of the facility, along with a few perks. It’s a great asset to our county.”

Artman Jackson, the current president of the park who lives in Mound Bayou, said the naming of the park after Mr. Coleman took place about 10 years ago. “The Board of Supervisors wanted to honor him and his service, because he was a true pioneer, and that’s how they decided to do so. I’ve known Mr. Coleman since about 1975, when I was the caretaker of the park at the time. The facility and area itself has been in Mound Bayou since 1968,” said Jackson.

Bolivar County bought the park from the state in the 70s because a facility was needed for wholesome recreation throughout the area.  “The community really supported it,” said Jackson. “The lake itself is 62 acres and is full of bass, catfish, crappie and brim.   It is very popular with residents throughout the county. We host a youth fishing rodeo every year, which is one of the park’s highlights, where we have fun and teach conservation, sportsmanship and the value of the outdoors. The children win prizes and learn a great deal.”

“Also, in the large clubhouse, we host many events such as Grandparents Day on the second Sunday of September and also the Annual Recognition Banquet, where we select individuals in Bolivar County who have contributed to our community as volunteers and good samaritans,” said Jackson, who has been the park’s president for 25 years. “We honor outstanding students throughout the county there at the park at a yearly event where we award two $500 scholarships to two graduating seniors from various high schools in the county. Another highlight at the park is a jazz concert we put on in the fall of every year. There’s truly a lot going on all the time and we encourage people to participate in our activities and take advantage of all we have to offer.”

“We really hope to add more to the park in the near future,” said Coleman. “The whole area is a tremendous legacy to, not only me, but also to my family who lived and farmed in Mound Bayou for many years. We’d love to add a gym, maybe an indoor swimming pool, and possibly some educational components in conjunction with the church that’s right next door.”

The Park is currently looking for a full-time facility caretaker.  Interested parties should contact 901-619-1182 for more information.