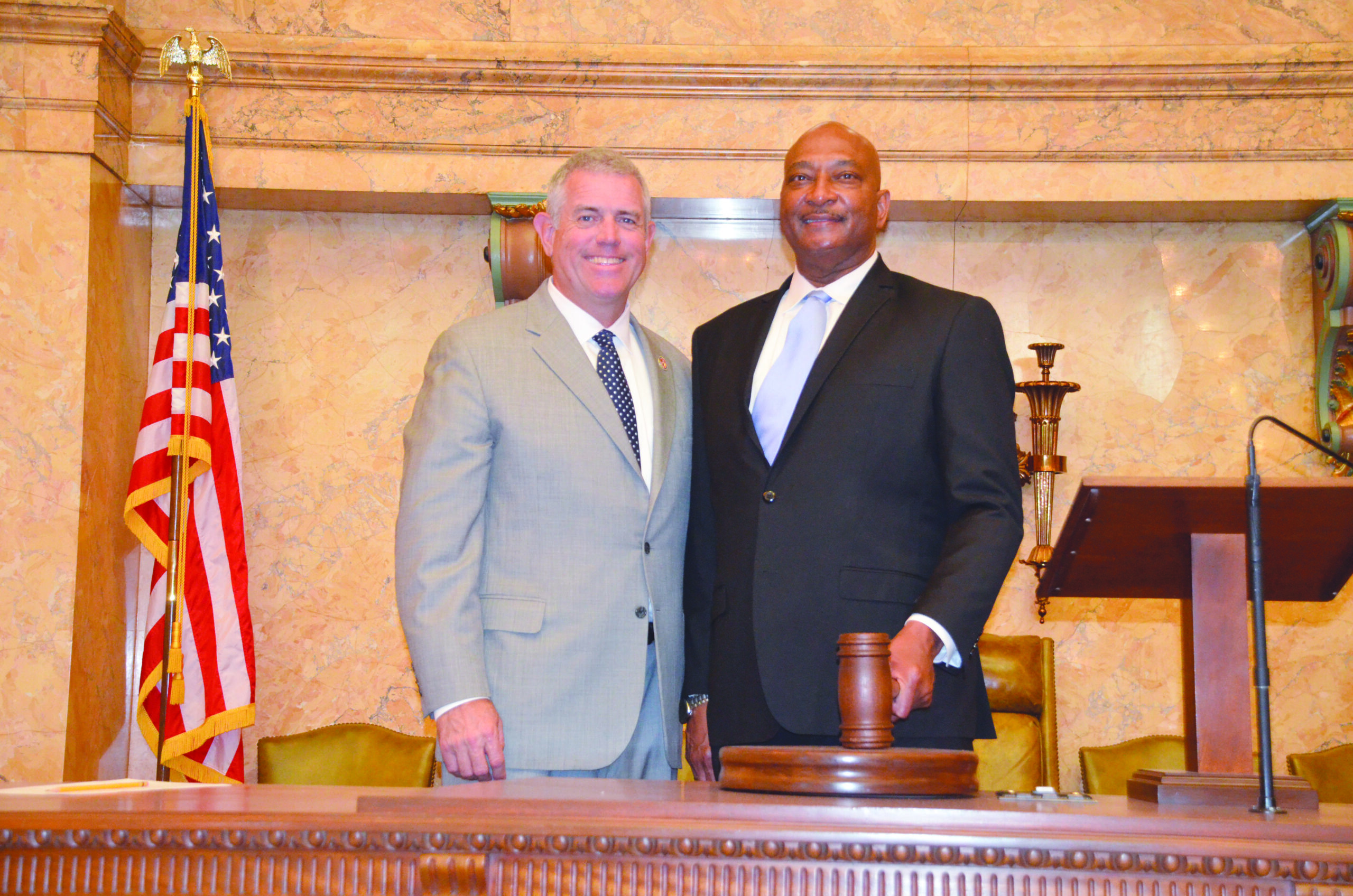 Robert Sanders was sworn in last Thursday (Nov. 4) as the Mississippi House Representative for District 29. Sanders was one of two candidates, but Keveon Taylor’s residency issue appeals with the Hinds County Circuit Court and Hinds County Chancery Court were eventually dismissed leaving Sanders as the only candidate. The long-time Cleveland City Aldermen had to wait and bide his time while the courts decided the fate of the seat that was vacated when Abe Hudson resigned on August 30th.

“It was a last minute situation when I found out. I got a text message from a friend who said the Chancery Court had decided their ruling,” said Sanders. “Believe it or not, the swearing in (the second one planned) was never changed and we proceeded on.”

Once Taylor had decided to not keep fighting the rulings, he called to congratulate Sanders and offer any help.

“I will include Keveon Taylor in this process because he has a lot to offer, and I want to continue to empower the youth of our community,” he said. “It’s been a busy time. I’m going to talk to the constituents of District 29 and bring to the table during legislative session, the concerns they have.”

Sanders will be busy meeting his colleagues and talking to the Speaker of the House of Representatives as well as finding housing for the legislative session. He does not and has no plans to resign from his aldermen seat and noted that several representatives and senators serve in dual roles across the state. Due to both jobs being legislative, it is allowed.

“The law states that I don’t have to give up my position as aldermen. I’m grateful for that and truly ecstatic about representing the state and also love what I do as an alderman for the City of Cleveland. Senator David Jordan has been on city council in Greenwood and the senate as well,” he said.

During the legislative session, all members must stay in Jackson Monday through Friday but can come home on weekends. Having previously served as the Sergeant-at-Arms with the Mississippi Senate providing security from 2000-2004, he has an idea of how to secure some housing. But, he’s ready to get down to the business he was “elected” to do.

“I’m excited to serve District 29. I’m thankful for this offer to serve my constituents and I plan to do my very best as we proceed.”

Taylor could have pushed the Mississippi Supreme Court or even the House of Representatives but decided with his lawyer to end his fight. His domicile residency was in question due to him having voted in Lafayette County where he attends law school at Ole Miss. He had moved his voter registration back to his hometown of Merigold and has lived in the district his entire life.

“Although we did not come out victorious, assuredly, this entire experience is preparation for future endeavors,” said Taylor. “The law is my passion, and being a zealous advocate, whether for myself or others, is something I have done all my life. I will always fight for what I believe is right and am in no way discouraged by this experience, for I know that precious oil cannot exist unless olives go through the process of being pressed. Well, I trust God’s process, and I know that all things work together for the good of those who love Him. I pray that my experience encourages others to boldly step out on faith and to remain faithful even through what seems like defeat.”

Taylor put aside his differences to move forward.

“I congratulate Mr. Sanders and fully believe that he will serve Mississippi and House District 29 well. His success is our success, and I have extended a continuing offer to assist him in his official capacity in any way feasible,” said Taylor.