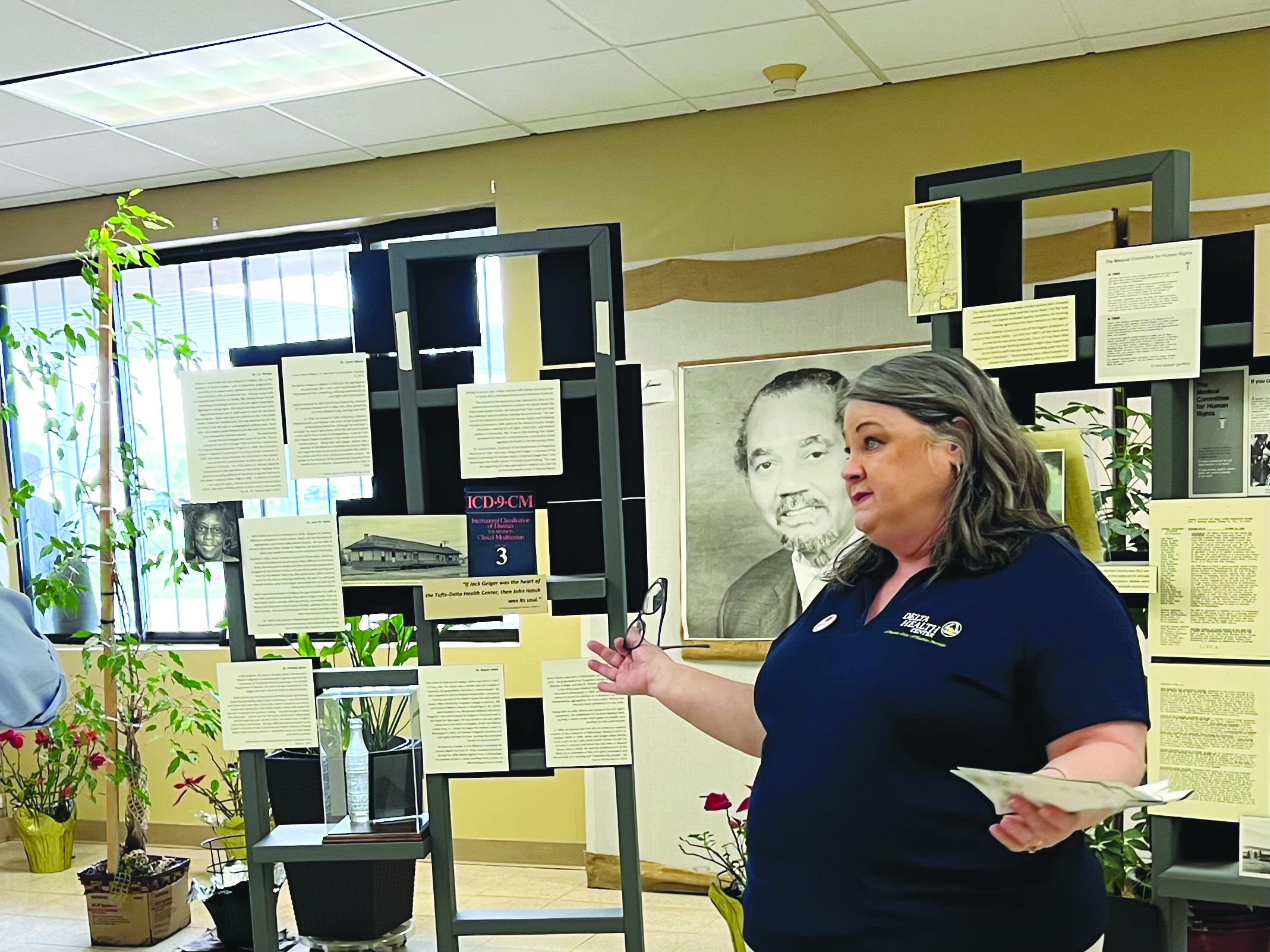 “I simply wanted to give back”

Chief Program Planning and Development Officer of Delta Health Center, Robin Boyles, has led a one-track career with a one-track mind. But in her case, that’s a good thing.

Born in Greenville but raised in Belzoni,  Boyles thought that she would probably never return to the Delta after her husband’s career took her to a number of cities and various positions throughout the country. But return she did–and the region is all the better for it.

“I graduated from Delta State in 1984 with a B.A. in Psychology,” she said, “and I always knew that I wanted to work with underserved people. I have a brother who is developmentally disabled so I had a love and desire to work with those who needed help but so often couldn’t get it. My first job right out of college was in Indianola as manager of an Adult Workshop, a satellite of a Greenwood mental health provider, which gave help to disabled adults. I married my husband Rick, a Cleveland native, in 1988 and we subsequently moved to Memphis.” It was from that time on, for the next twenty years, that the Boyles’ moved frequently and were away from the Delta.

“We went from Memphis, to just outside of Pensacola, Florida, to San Antonio and then on to Lafayette, Louisiana,” said Boyles. “Rick worked for a company that built pumping systems for golf courses at the time and so he was often transferred. I stayed in non-profit work the whole time, including a successful stay at Big Brothers, Big Sisters for Northwest Florida in Pensacola and also worked for the City of San Antonio in the Youth Services Division and then worked in H.I.V. education for an area health center in Lafayette.

During this time, I started learning how to write grants–out of job necessity–and really honed  my skills in doing so,” continued Boyles. “I developed a love for bringing in funds through grant writing which helped create needed community programs–I simply wanted to give back by being good at my jobs.”

So what prompted the return to the Delta? “Our parents were all getting older,” said Boyles, “And, we decided that we needed to get closer to them, somewhere between Memphis and Jackson where they lived. A position at Delta State as a Grants Administrator happened to come open. I applied for the position, and Dr. Myrtis Tabb hired me. That is what led us to move to Cleveland in 2008. We both never dreamed we would come back to the Delta,” she laughed, “but we ended up doing just that. But, this is home again, and so much had changed since we had left–the Delta is so much more vibrant and culturally diverse. We live at a place in Donaldson Point and intend to retire there.”

After eight years at Delta State, working closely with faculty and writing and obtaining grants, it was finally time for yet another change in Boyles’ career.

“I had known (Delta Health Center CEO) John Fairman and he had approached me a few times to come to work in Mound Bayou,” recalled Boyles, “but I wasn’t ready and was incredibly busy at the University. But one fateful morning, in October of 2016, I was walking out the door to go to work and my husband asked me what was wrong. I remember telling him I thought that maybe it was time for a change. And, lo and behold, that very afternoon John called me and asked point blank, ‘Robin, what’s it going to take for you to come work here?’ And I almost dropped the phone! I indeed went to work for John and the Delta Health Center in January, 2017 and have loved it ever since.”

Boyles said her current work is rewarding in that she has helped make tangible, objective differences in Delta health care helping people who need it the most.

“Delta Health Center was the very first federally qualified health center in the history of this nation, which not many people are aware of–but I think that’s incredibly important,” she said. “Today, there are over 1300 such federally-funded centers. It all began right here, though. I enjoy making significant differences in the Delta community that affect the lives of our citizens directly–it’s very rewarding. And, the fact that we were the first makes it even more significant and special.”

Boyles has one brother, Lenny, and she and her husband Rick are the parents of two children. Their daughter Michelle lives in San Antonio and has two children. The couple also have a son, Dillon, who lives in the Delta.