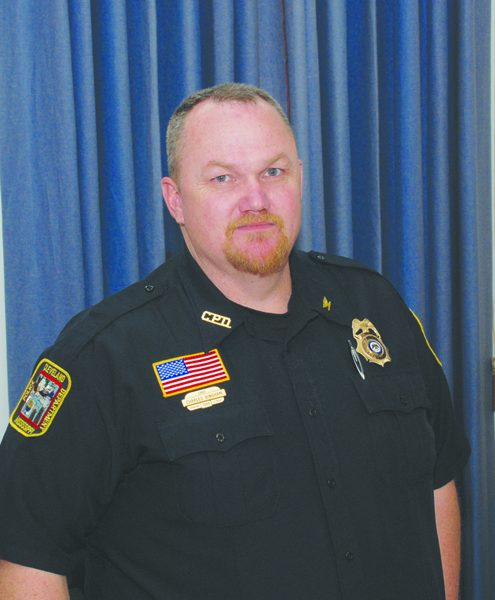 After approval by the Cleveland City Board of Aldermen, surveillance cameras have been ordered and will soon be on their way for installment throughout the city. Following the lead of many other municipalities across the nation–and in Bolivar County–the move was deemed as a necessary and an appropriate way to aid law enforcement apprehend criminals and to have visual documentation of any crimes committed.

Such cameras are already in place in Merigold and Boyle. Cleveland should have 20 cameras installed within the next 30 to 60 days.

“The aldermen thought this would be a positive thing for the city,” said Cleveland Police Chief, Buster Bingham. “We need to be proactive instead of reactive when it comes to crime–having these surveillance cameras in place will certainly aid us in being just that. The police department will be able to monitor the cameras and they’ll be distributed evenly and in ways that will best serve the community.”

Bingham said citizens should feel good about these cameras being installed because they will serve as additional tools in keeping them safe and secure.

“And, I need to stress that they will not be used to keep tabs on people or invade privacy; they are for crime-fighting and apprehension purposes only. Also, these are not car tag reader cameras such as other counties in the state have, although we will be looking at possibly putting those up in Cleveland at some point in the future.”

Cleveland City Clerk, Dominique Green, said the cameras have been ordered from a company in San Francisco, California called Monarch, after being required to receive two quotes from various other companies. Software for the cameras will be provided by another national firm.

“The City is paying for the cameras out of our Crime Prevention Fund budget at a total cost of $23,766,” she said.

Now in his third term, Cleveland Alderman and local attorney, Kirkham Povall, was one of the earliest proponents of installing the cameras in town.

“The idea first came up a couple of years ago and Mayor Nowell and the other alderman were enthusiastic about installing cameras around town,” said Povall. “It’s a proactive measure in doing the very best we can to assist local law enforcement in improving public safety by capturing footage of crimes being committed as well as vehicles that were used in those crimes. This will help our police officers immensely.”

Povall said much preliminary work went into being prepared to install the cameras.

“Certain requirements had to be met, such as providing electrical service, establishing locations for placement, making sure wi-fi is available at these locations–there were multiple factors involved. You can’t simply set up the cameras and push a button,” said Povall. “Plus, the right system needed to be obtained at a price that was not cost prohibitive. So, many factors and coordinated efforts were required for us to have in place before ordering the cameras.”

Povall said he sees no opposition from local business owners in having them situated near their property.

“We’ve had great reception to the idea and the public supports it,” said Povall. “Let me stress that these cameras are not being installed to catch people running a stop sign, for instance; that’s not why they’re going up. The purpose is to monitor our city for any possible criminal activity that’s been committed and then arrest whoever committed the crime.”

“Anything we can do to provide a safer environment for the people of Cleveland is exciting for us and will be a very positive thing for the community,” summarized Bingham.